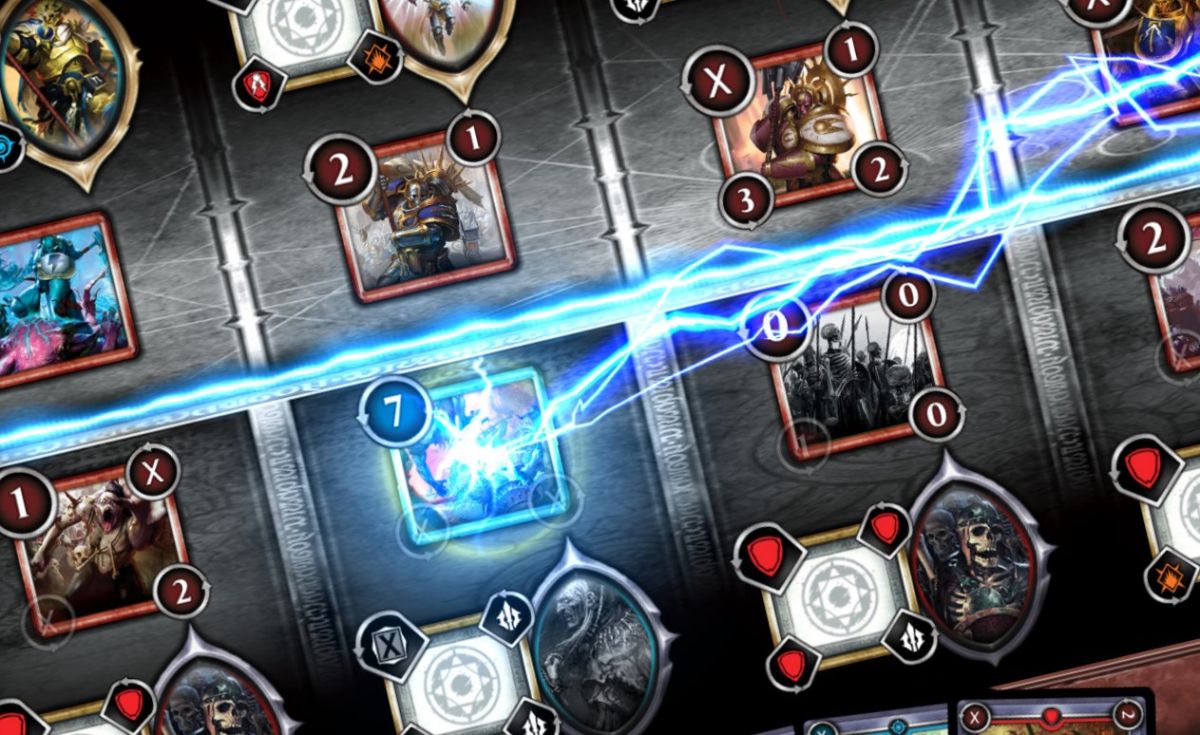 The augmented reality collectible card game Warhammer Age of Sigmar: Champions did not make the 2018 release that was predicted in its announcement last year, but Games Workshop and PlayFusion said today that it will roll out on Steam in February.

Warhammer Age of Sigmar: Champions will offer a “robust tutorial,” matches and “challenges” against the AI, casual and ranked matches against other players, and “full narrative campaigns.” Full cross-platform combat will be supported—it launched on Android and iOS devices last year, and it’s set to come to the Nintendo Switch shortly after the Steam release—and cards from the physical edition of the CCG can be scanned into the digital version for use in online play.

Digital booster cards can also be shared: There are Facebook groups and forum threads dedicated to sharing, and passing your physical boosters around will earn you rewards including free boosters for the digital game.

“The response for the physical and digital game has already been incredible, and we just can’t wait to watch that grow to new heights,” PlayFusion CEO Mark Gerhard said. “With the release of our Set 2 cards in Onslaught, and a whole heap of new features we have planned, there’s always going to be something new to try. And now, there will be a much bigger community to try with!”

Onslaught is a 128-card expansion, launched in November 2018, that also introduced the “Realm Spells and Blessings” mechanic to the game. They work in the same way as regular spells and blessings, except that they can be used by any of the four Grand Alliances; once a player has chosen a Realm, however, they are locked to it and cannot use magic from any other Realm.

For more clarity on what all of that means, hit up warhammerchampions.com. Warhammer Age of Sigmar Champions will be free-to-play on Steam.