The Occupation Review – Stumbling In The Dark

Home » The Occupation Review – Stumbling In The Dark
Recent News 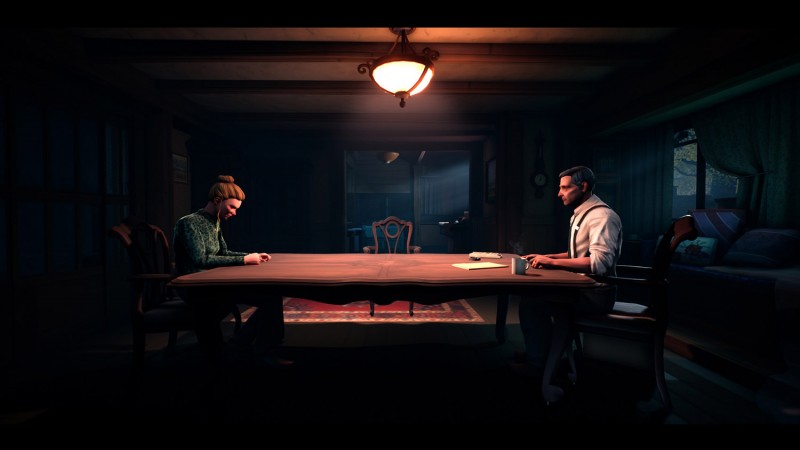 The year is 1987 and the United Kingdom is in the midst of political unrest. Mobs take to the streets to protest overbearing economic conditions, as well as an upcoming piece of legislation called The Union Act, which is focused on keeping immigrants out of the country. A bomb has just gone off, killing a crowd of civilians and leaving an obvious suspect ready to take the blame for it all. But things are a little too clear cut. That’s where you come in in this tale set in an alternate timeline from ours. As a journalist with a national paper, your job is to investigate a government office to uncover the truth of who’s behind this bombing and why. But the clock is ticking. The Occupation’s setup has the potential for greatness, promising a political tale where your choices shape the fate of an entire country, but only a few shreds of that promise survive due to uneven execution.

The Occupation’s main hook is how it plays out in real time. You arrive at the governmental office in the early afternoon, and you have four hours to solve the mystery by investigating the building and avoiding security patrols. This first-person stealth adventure is split up into several chapters, with each one ending with a segment where you interview a subject with the evidence you’ve found. You have an hour for most chapters to get what you need, with the most important clues being turned into vital questions you can ask during these interviews that contradict whatever account or information your interviewee is presenting. Missing out on vital questions can radically change the ending of the game.

During the hour of prep, you’re combing through various sections of the building, avoiding guard patrols and searching computers, waste bins, safes, and file cabinets for anything that will ultimately lead to an interview question. Multiple paths exist to the various bits of intel you need to collect. For example, to get into a restricted area to obtain a floppy disk, you can steal a keycard from someone’s mail, or simply use the building’s ventilation shaft to get there. Unfortunately, the ventilation shaft navigation towers over all the more impressive solutions due to the time limit, which discourages you from exploring options when you have such an easy path to progression in front of you.

Every significant clue you discover is added to your dossier, with incremental bits of evidence helping you get the whole picture of the conspiracy at hand. The actual investigation aspect is compelling; I loved combing through my notes, listening to recorded tapes of suspects, and poking holes in alibies as the clock ticked down. However, all of that takes a backseat to stealth-centric gameplay. Though I appreciate the open-ended navigation, the other aspects of sneaking around are a bummer.

You don’t have much to help you evade the guards except hiding and hoping for the best. You have no weapons, and no useful tools in your inventory to distract your foes. More often than not, the only real choice is to scamper down into a ventilation shaft or hide under something. If caught, you lose around 15 minutes of time as a punishment. While I loved digging through files and ransacking offices for the next thread in this mystery, I detested every time I had to hide under a table for several precious minutes while someone looked around with their flashlight. It’s just so boring.

A host of technical issues makes the experience even more frustrating. Guards were often capable of inexplicably seeing me through walls or window blinds I had closed moments before. One guard glitched across an entire floor in a matter of seconds, making avoiding him impossible. Another one became stuck in a doorway, forever investigating a single office and essentially giving me free reign of the building for the rest of the chapter.

The dull, broken nature of sneaking about is also disappointing because it weighs down the few genuinely compelling mechanics, like using pneumatic tubes throughout the building to get floppy disks by data-wiping gates. However, the sheer monotony of diving beneath a desk or peeking from corners for minutes at a time makes the novelty of these ideas dry up fast.

Something special lies at the heart of The Occupation, but the gameplay and technical issues get in the way of its most interesting qualities. The storytelling happening beneath all the clunky stealth is great. I grew to care for the characters I was reading about in dossiers or interrogating in intense interviews; the conflicted, guilt-ridden government employee Scarlet is a standout among a cast of morally complicated individuals. The bleak resolution that I reached, which took me to task for my failure to uncover all the clues, was a powerful conclusion to a story. I just wish it wasn’t such a chore to get to that point. The Occupation’s technical issues and consistent dullness will likely keep me from playing through again to see just how many consequences exist for your failures and successes, and that’s a shame. 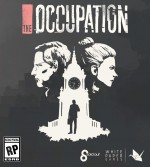 Summary: A fantastic story is buried too deep within The Occupation’s dull stealth gameplay and technical issues.

Concept: Uncover a political conspiracy with clandestine reporting and determine the fate of an entire nation

Graphics: The painterly outlines of The Occupation’s otherwise realistic world and people make it stand out visually

Playability: The Occupation’s stealth is bad and its controls are clunky, hampering what could be a great interactive political thriller

Entertainment: If you’re willing to push past a large number of technical issues and poor stealth gameplay, there’s a fantastic story buried deep in The Occupation’s heart