Everything is not awesome in the game adaptation of The Lego Movie 2. Emmet may be as happy as ever, but his smile contradicts the true state of things. The world around him has transformed into a wasteland of bricks and sand, and the gameplay that previously put his misfit group of heroes on grand adventures has similarly fallen apart and is a ghost of its former self.

For this sequel, developer TT Games moved away from the tried-and-true Lego formula that players have come to expect from its movie-based experiences. You won’t be collecting gold bricks, hunting down minikits, changing characters for puzzles, or even assembling piles of bricks that you stumble upon. Instead, TT Games created an experience similar to the freeform Lego Worlds game, with players completing small tasks for characters scattered across various open-world environments. While I applaud the decision to try something different, the change fails to capture the spirit of the film, and more importantly, it just isn’t that much fun. The experience is shallow and repetitive with the sole sliver of interest revolving around collecting building pieces for your own customizable world. 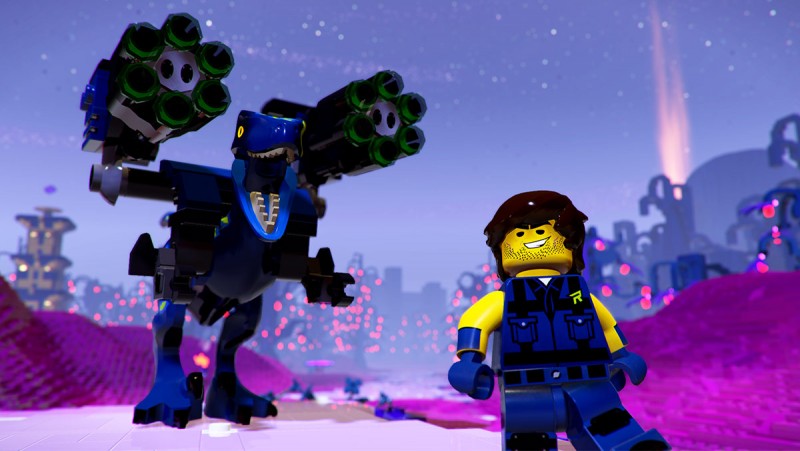 The game begins in the post-apocalyptic version of Bricksburg, which is a fitting space for a tutorial that fails to deliver much hope. The first thing you learn is that destroying Lego-made objects produces two kinds of currency: the studs of old, and something new called bricks. If you smash something that is red and blue in color, you receive a handful of bricks of the same shades.

Bricks are needed to assemble various objects, both for the buildings you want to add to your home world, and various tools needed for objectives. This is a fine idea that illuminates the building aspect of Legos, but isn’t put to good use. If a character asks you to build something, you just go into a menu, select that object, determine where to place it, and that’s it. They cheer you on for your deed and you move to the next character. If one of these people requires electricity to power a device, you just need to build a generator. It’s a surprisingly simple activity that serves as the game’s biggest task and it gets old quickly. I grew bored of the core story missions in the first world.

Most missions can be completed within seconds, and if you don’t need to build something, you may just be asked to beat up three enemies, point a wand at an object to change its color, or track down a specific item that is usually right around the corner or over a hill. I felt like I was doing the same thing over and over again without much payoff. When any task is completed, the player earns a purple brick. Gather enough of those, and you can reach a new planet and progress the story.

Each world is themed after locations from the film, but given how quickly you bounce from one task to the next, there isn’t much room for storytelling, and you don’t see much of it. In most cases, Wyldstyle narrates what happened in the film as the camera pans across a random shot in the world. The ending of the game completely ignores the final act of the film; Wyldstyle just tells you what happens instead. 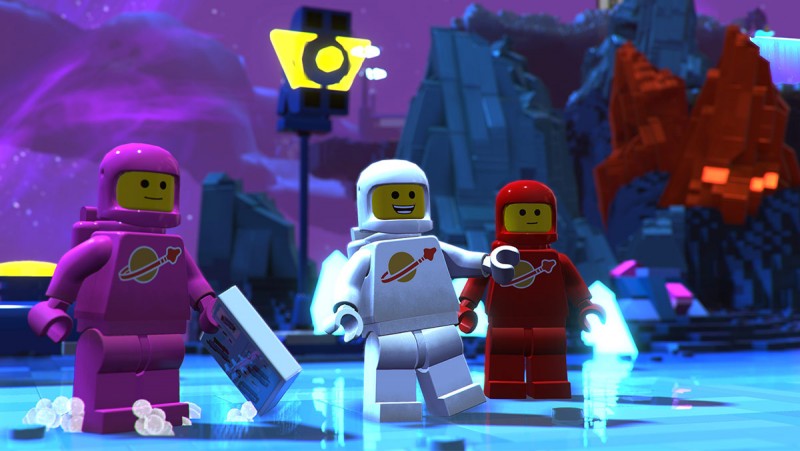 The main worlds conclude with impressive boss battles against Lego creations as tall as skyscrapers. Each of these battles tasks the player to find different ways to trick their attacker into harming itself – such as a hungry chameleon eating a fake fruit instead of a real one. When the beast is tricked, an awesome platforming sequence unfolds along its body. The sense of verticality and scale delivered in these fights is impressive, and ends up being the most ambitious part of the game.

As uninteresting as your objectives are, moving from one destination to the next encourages you to explore the open world for valuable treasure chests. Each chest delivers a haul of studs, bricks, and a loot crate or two. Yes, you read that correctly: a chest holds a crate. When the crate is opened at a shop, you earn new weapons to wield, buildings for your world, and characters to play as (although you never really need to swap anyone out since everyone can do everything). Given how bountiful chests are, I was practically swimming in stuff, and grew hooked on the collecting aspect of the game. 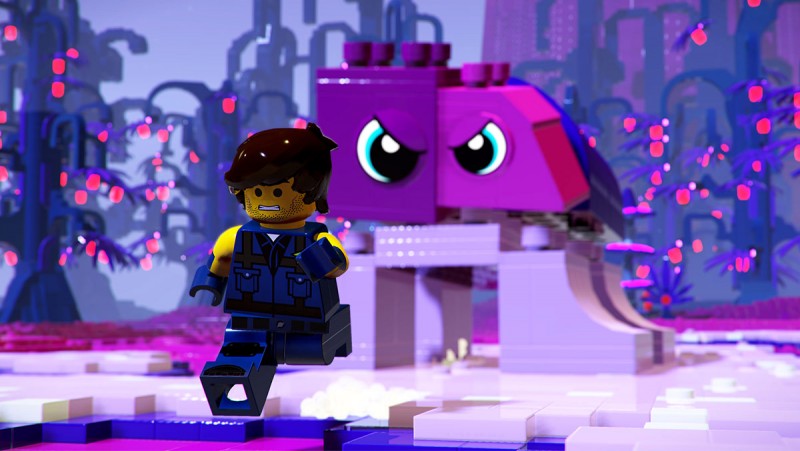 The first Lego Movie Videogame did a fantastic job of recreating the worlds and moments from the film, even if the gameplay relied on a 14-year-old formula. The need to switch between Batman, Unikitty, and a wide selection of characters for different tasks was fun. The Lego Movie 2 Videogame rarely pushes the player to do anything other than go into their building menu to select one object, and ends up being a shockingly bland experience in a series that has been mostly consistent in doing fun things with different properties.

Summary: The game adaptation struggles to find a pulse and ends up being a repetitive bore.

Concept: A departure from the tried-and-true Lego mold that delivers neither excitement nor an experience true to the film

Graphics: The characters are animated nicely, but most of the worlds are plain. Some are even crudely surrounded by giant walls

Sound: Several of the film’s catchy songs are joined by performers who do a great job impersonating the actors that didn’t lend their voices to the game

Playability: The objectives are repetitive and require little effort from the player. The result is a game that feels soulless, especially when compared to the other Lego options out there

Entertainment: Building a world is fun, but the quest you have to complete to get the materials you need is as dull as they come