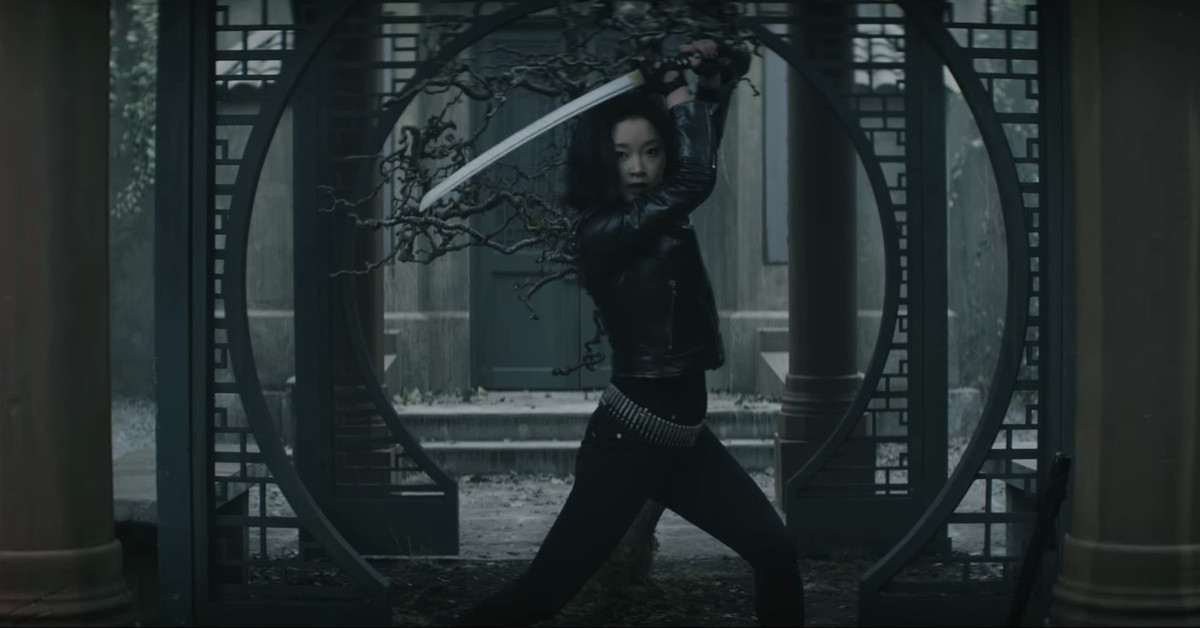 The latest trailer for SyFy’s adaptation of the Deadly Class comics series lets some of the sadistic side characters get a slice of action.

Deadly Class is “Hogwarts meets assassins,” where the scions of mass murderers and notorious organized crime families attend King’s Dominion Atelier of the Deadly Arts, an elite prep school hidden in San Francisco. Set in 1987, the story follows new student Marcus (Benjamin Wadsworth), who was living on the streets before being recruited by Master Lin (Benedict Wong), the ruthless headmaster of King’s Dominion. At King’s Dominion, Marcus meets all kinds of deadly students, both friend and foe.

Swinging a katana is Lana Condor (X-Men Apocalypse, To All the Boys I’ve Loved Before) as Saya, the leader of the Kuruoki Syndicate, who becomes Marcus’s sponsor. She joins Marcus and goth girl/death cult member Petra (Taylor Hickson) in detention. In a martial arts class, Marcus meets Maria (played by María Gabriela de Faría Chacón) during a spar and is instantly smitten — but not before Petra warns him about Maria’s ruthless ex-boyfriend, Chico (Michel Duval).

No one survives alone in this academy, and it looks like this band of misfits is gonna stick together in the face of danger.

Deadly Class was written by Rick Remender and drawn by Wesley Craig, and the Syfy series was created by the Russo Brothers, fresh off their Avengers: Infinity War success. The show will debut sometime in 2019 on SyFy.