Although you’re almost always better off installing an internal hard drive or SSD, the best portable drives make it possible to carry your Steam collection with you wherever you go. Especially now that more drives are taking advantage of the faster USB Type-C Gen 2 and Thunderbolt 3 interfaces, the difference in speed between an internal drive and an external one is almost negligible. Plus, portable drives are becoming more and more affordable as capacities grow larger.

Of course, massive sales holidays like Black Friday only double down on the cost efficiency of these storage peripherals. ‘Tis the season for PC gaming deals. What complicates matters is that determining the best portable drives is a subjective process, which is why we’ve broken up our list into three categories: best portable SSD, best rugged portable USB drive and best high-capacity portable hard drive.

Having tested a wealth of candidates for all three titles, we’ve found that the Samsung Portable SSD T5 is the best SSD, the LaCie XtremeKey 128GB is the best rugged drive and the WD Passport 4TB is the best high-capacity drive. Keep scrolling and you’ll see why. 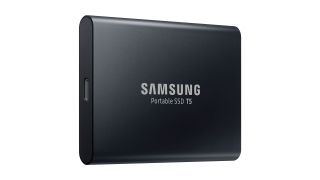 For the power user who wants it all—speed, capacity, and portability—and is willing to pay a premium for it, Samsung’s Portable SSD T5 is one of the slickest solutions out there. It’s faster than any USB flash drive available, it has the capacity of a hard drive, and you can carry it inconspicuously in your pocket. In hockey, that’s called scoring a hat trick.

This spunky little drive shares the same DNA as Samsung’s 850 Evo SSD, just in a smaller package. It has a USB 3.1 Type-C connector, upgraded now to Gen 2, giving a maximum theoretical throughput of 10Gbps. We pitted it against a 512GB Samsung SM951 NVMe SSD connected over Gigabit Ethernet. The T5 ran the table in all eight CrystalDiskMark benchmarks and proved significantly faster in reading and writing game files and large files.

Speed doesn’t come at the expense of storage space. While it’s easy to bump into the storage ceiling of a 32GB, 64GB, or even a 128GB USB flash drive, you’ll find there’s much more breathing room when dealing with terabytes of space, which is what the T3 offers. Whereas the first generation T1 topped out at 1TB, Samsung was able to double the maximum capacity of the T3 and T5 to 2TB, a result of upgrading from 32 to 48 stacked layers of V-NAND flash memory cells for a denser configuration.

To put the amount of top end storage into perspective, 2TB is twice as much space as a Dropbox Pro account, which runs $10/month, and 1,000 times the capacity of a free account. That’s a lot of storage to carry in your pocket, though if you don’t need that kind of capacity, less expensive 1TB (we recommend this amount to avoid sticker shock), 500GB, and even 250GB models are also available.

As for portability, this svelte drive measures 74mm x 57.3mm x 10.5mm (WxHxD), about the size of a business card, and weighs just 51g. It’s also shock resistant with an external metal body and internal support frame, so there’s no need to panic if it slips out of your hand. Well, not unless you’re skydiving or participating in the Pamplona bull run. 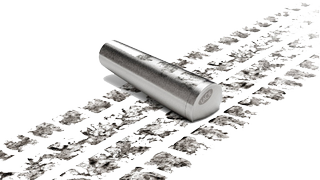 What’s that, you’re into skydiving and running with the bulls? If you’re a true adventurer, then it might not be speed, capacity, or value that top your list of priorities. What you need is a rugged flash drive, something that can survive horrifying levels of abuse.

There are a few different solutions, though one of the toughest USB flash drives out there is LaCie’s XtremKey. According to LaCie, you can run over this thing with a 10-ton truck without compromising your data. It can also withstand extreme temps from -50C to 200C, and it stays water tight when submerged up to 200 meters.

It’s one thing for LaCie to say how durable its XtremKey is, but demonstrating it is another matter. Lest there be any doubt, LaCie posted a couple of YouTube videos showing its XtremKey being subjected to levels of abuse that would destroy any regular USB flash drive, such as being run over with a steamroller and dropped in a tank of liquid nitrogen. Have a look:

How did LaCie build such a rugged flash drive? The memory modules sit behind a 2mm Zamac metal alloy casing sealed with water-resistant screw threads and a hermetic, rubber O-ring. But it’s not just about physical protection, the XtremKey features AES 256-bit encryption and comes with backup software for Windows and Macs. 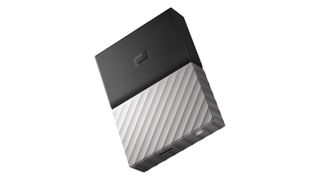 If you’re the resident chaperone for your child’s soccer team or school outings, you’re not going to roll up to events in a Ferrari: you’re busting out the minivan or SUV. When hauling kids and cargo, space trumps speed, and the same is true when you’re looking to backup or otherwise transfer large amounts of data from your PC. And for big backup chores, hard drives still offer the best bang for buck.

We like WD’s My Passport. It’s not as compact and fast as Samsung’s T3, and it can’t withstand armageddon like LaCie’s XtremKey, but at up to 4TB for $120, it offers the copious storage space at a good value. We also like that WD (aka Western Digital) fares well each time cloud backup provider Backblaze releases a hard drive reliability report.

The 4TB model measures 21.5mm x 81.5mm x 110mm (HxWxL) and weighs 250g. You probably wouldn’t want to try and jam one into a shirt pocket, but they’re about as portable as a smartphone, just a little chunkier. The 1TB Passport is slightly thinner and weighs 170g, if you don’t need as much space. It is, undoubtedly, the minivan of external hard drives.

No external power supply is needed to use WD’s drive—just plug in the USB cable and start backing up your files. You can also install WD’s backup software to automate the process.

With 4TB of storage at your disposal, you can save:

WD also goes the extra mile with password protection and hardware encryption. And if you’re looking to make a fashion statement, you can select a My Passport in a range of color options.

Storage, especially hard drives, has gotten cheaper and cheaper as time has gone by. It wasn’t long ago that a 1TB HDD was an achievement. Now, you can fit that much storage in your pocket in the form of high-speed flash memory. After all, being able to easily take 220 DVDs worth of data with you is way more convenient than having to burn and store all of those discs.

Solid state storage is still far more expensive than a hard drive, but the cost for SSDs is declining. As storage declines in cost, so too will external drives that rely upon those same components. However, an external drive will always cost more than an internal bare drive of the same capacity, since you’re paying for the USB interface that talks to the drive.

If you prefer to roll your own portable drive, there are hard drive enclosures available for both 2.5-inch and 3.5-inch HDDs and SSDs.

Some online stores give us a small cut if you buy something through one of our links. Read our affiliate policy for more info. 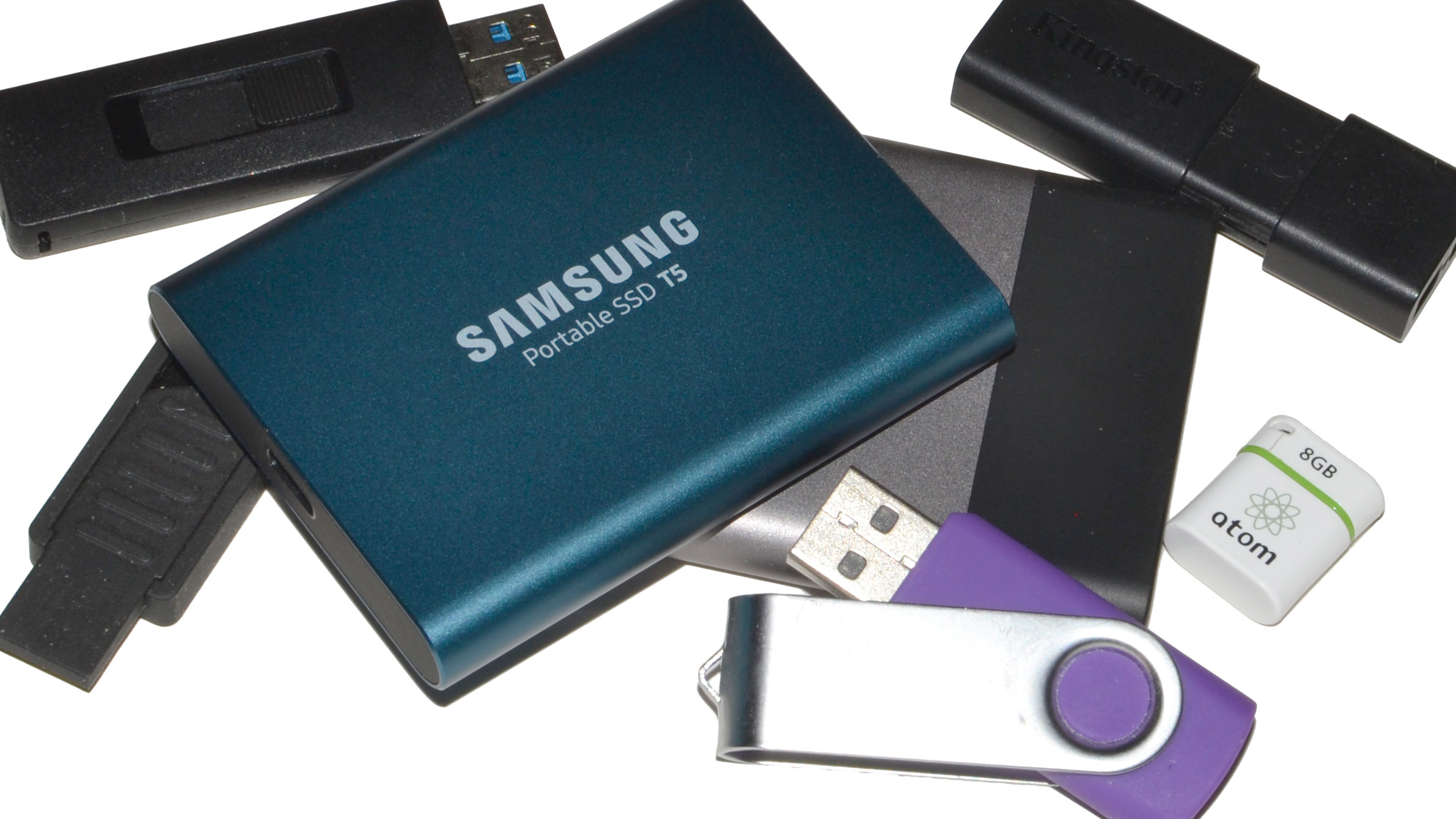