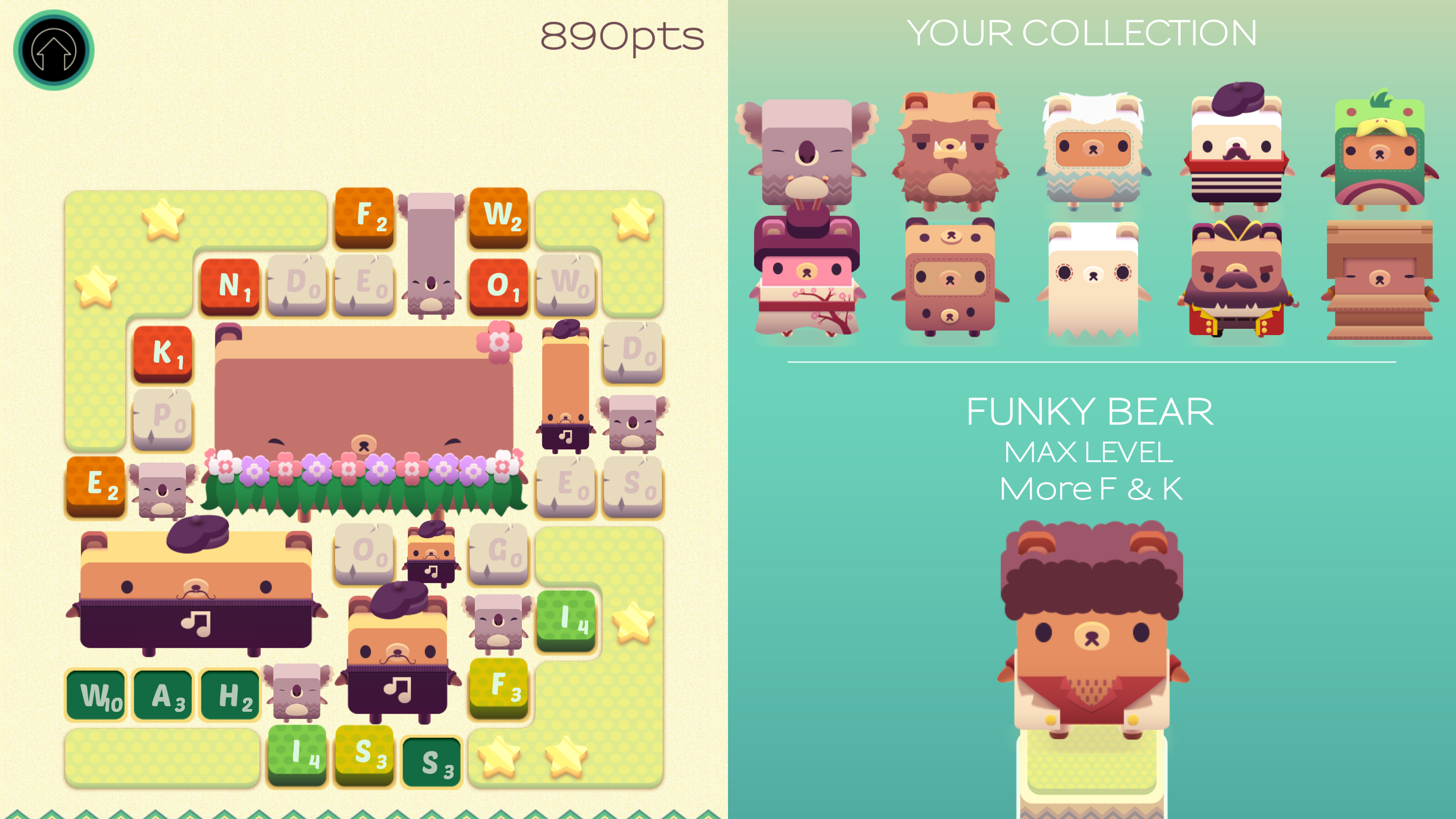 What’s better than a free game? Pretty much nothing. Except when it’s terrible and you’ve wasted time on downloading and playing it. Fortunately, there are loads of fantastic free games for Android – and we list the very best here.

Whether you’re into word games, endless runners, platformers or puzzles, there’s something here for you.

Click through to the next pages to see each category or read on below for our pick of the week. And check back weekly for our latest pick. 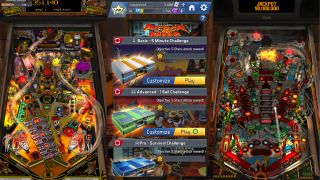 Williams Pinball squeezes some of history’s best pinball tables into your Android device. Each has been lovingly recreated, with superb physics, lighting, and visuals. Although this being a free app, your experience does end up bouncing around some freemium bumpers.

You start by choosing one table to unlock from the selection, and you then gain XP, table parts, and coins from daily challenges (single-ball; score attacks). Parts and coins can be used to gradually unlock other tables for challenges, and then free play.

This takes ages, and we doubt many players will ever get tables to level four, where creator Zen Studio’s animatronic components come into play. Still, the vanilla pinball’s great, the challenges are fun, and at worst you’ll have one amazing table to play, assuming you pick well at the start. (Hint: Attack from Mars or Medieval Madness!) 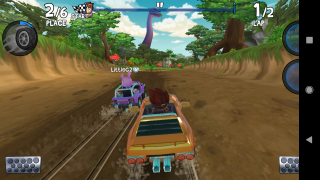 Beach Buggy Racing 2 is a high-octane kart racer. True to form, your dinky vehicle belts along larger-than-life tracks, taking in everything from medieval castles with fire-breathing dragons, to an ancient world full of dinosaurs – and gigantic sea creatures you can bounce off.

Naturally, your aim is to get to the checkered flag first, across just two laps. To do this, you must find shortcuts, and make use of power-ups that can turn opponents into a block of ice, blast them into the heavens, and far more besides.

Sadly, there are no leagues, and Beach Buggy Racing 2 only ever offers you two race choices at any given time. But the compulsion loop is extremely strong, the upgrade/unlock path reasonable, and the racing action some of the best around on Android. 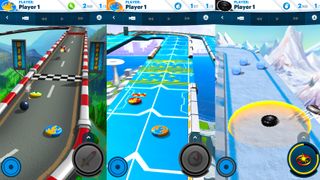 Disc Drivin’ 2 is the turn-based driving game which was presumably created when someone reimagined shuffleboard as Mario Kart and shoved that strange concoction online for web-based multiplayer contests.

The concept of a turn-based racer is bonkers and it shouldn’t work, but it really does. As you flick your little disc about tracks suspended in space, the tension ramps up as you home in on your opponent. You will learn to master shortcuts, zip past hazards, and also how to make best use of bonus powers afforded to your little disc.

It’s absurd to think that one of the best mobile racers on Android is about flicking a coin around a race track, but there we have it. Miss this one at your peril. 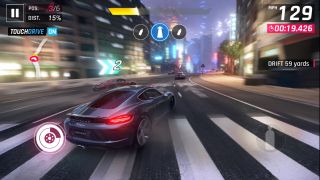 Asphalt 9: Legends, like its predecessors, is a decidedly nitro-happy, larger-than-life take on arcade racing. It has you belt along at insane speeds, regularly soaring into the air, your car spinning and pinwheeling in a manner that’d have your car insurance company angrily tear up your policy documents.

This racer also differentiates itself by streamlining controls to the point you needn’t steer. The car moves on rails, with you swiping between lanes, and timing actions like boosts and drifts. That might sound reductive, but this doesn’t detract from the racing feel, it gives you a keen sense of focus on timing, and there’s a manual option if you really want that.

Being an Asphalt game, there’s some grind, but this is offset by you being immersed in the most outlandish and eye-dazzling arcade racing on Android. 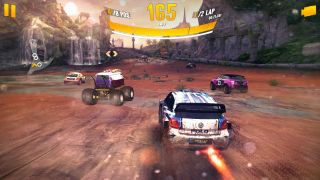 Asphalt Xtreme: Rally Racing takes Asphalt off-road. It ditches its collection of sports cars and larger-than-life city circuits for jeeps and trucks – and an awful lot of mud, dirt, rocks, and grime.

Another thing there’s an awful lot of is freemium mechanics. As is seemingly law for an Asphalt game, exciting racing is sadly gunked up by all manner of timers and IAP gates. But put that aside and you’ll find Xtreme an entertainingly daft addition to the series.

Blasting through deserts, canyons and jungles, with your off-roader soaring into the air in a manner that’s almost certainly not covered by insurance, never really gets old. And although the basics – loads of nitro; floaty physics; crazy tracks – might be familiar, the new environments alone make this one worth a download. 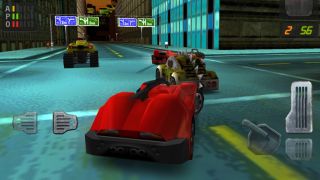 Carmageddon is a blast from the past of PC gaming. It masquerades as a racer, but often feels like you’re hunting prey – albeit while encased in a suit of speeding metal.

The game’s freeform ‘arenas’ are networks of roads in a dystopian future. People and cows blithely amble about while deranged drivers smash each other to pieces. Victories come by way of completing laps, wrecking all your opponents, or mowing down every living thing in the vicinity.

In the 1990s, this was shocking to the point of Carmageddon being banned in some countries. Today, the lo-fi violence seems quaint. But the game’s tongue-in-cheek humor survives, sitting nicely alongside bouncy physics, madcap sort-of-racing, and deranged cops attempting to crush you into oblivion should you cross their path. 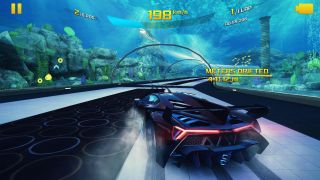 Asphalt 8: Airborne is a high-octane racer that gave a cursory glance towards realism. It then decided against bothering with such a trifling issue, and decided it’d much prefer you to pelt along at insane speeds under the power of glorious nitro, which frequently sends your car soaring into the air.

Not one for the simulation crowd, then, but this racer is perfect for everyone else. The larger-than-life branched courses – hyper-real takes on real-world locations – are madcap and exciting. Rather than doing laps around a boring circuit surrounded by gravel traps, you blast through rocket launch sites, and blaze through volcanos.

There are downsides – cynical IAPs and timers abound, welding a massive comedy tailfin to this otherwise sleek racer’s stylings. But for dizzying speed, mid-air barrel rolls, and loads of laughs, this racer is tough to beat. 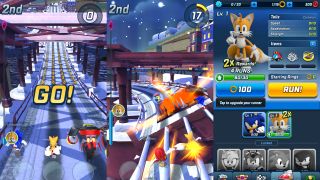 Sonic Forces: Speed Battle reimagines Sonic The Hedgehog as an into-the-screen lane-based auto-runner. Which probably sounds a lot like Sonic Dash – but here, you battle it out against online opposition.

With trap-laden courses and pick-ups you can regularly grab as you belt along, Speed Battle has hints of Mario Kart about it. Races are packed with tense moments as you unleash a fireball, in the hope of taking out a distant leader, or have the checkered flag in sight, but know your opponents are only fractions of a second behind.

There is some grind – chests with timers; multiple currencies; glacially slow leveling up. But Speed Battle puts a colorful, entertaining spin on auto-runners that’s fun even if you keep your wallet firmly closed. 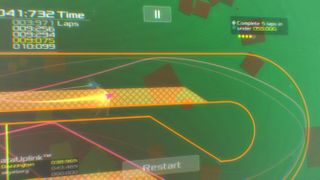 Data Wing has the appearance of a minimal top-down racer, but it’s far, far more than that. That’s not to say the racing bit isn’t great – because it is. You guide your little triangular ship around neon courses, scooting across boost pads, and scraping track edges for a bit of extra speed.

But there’s something else going on here – an underlying narrative where you discover you’re, in fact, ferrying bits of data about, all under the eye of an artificially intelligent Mother. Initially, all seems well, but it soon becomes clear Mother has some electrons loose, not least when you start getting glimpses of a world beyond the silicon.

With perfect touch controls, varied racing levels, a few hours of story, and plenty of replay value, Data Wing would be a bargain for a few dollarpounds. For free, it’s absurdly generous. 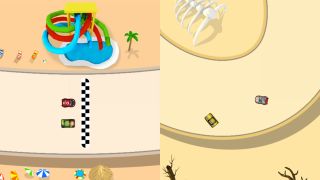 This game does for racing what auto-runners do for platform games. One Tap Rally is controlled with a single finger, pressing on the screen to accelerate and releasing to brake, while your car steers automatically. The aim is to not hit the sides of the track, because that slows you down.

Win and you move up the rankings, then playing a tougher, faster opponent. In a neat touch, said opponents are recordings of real-world attempts by other players, ranked by time.

In essence, this is a digital take on slot-racing, then, without the slots. But the mix of speed and strategy, along with a decent range of tracks, makes you forget about the simplistic controls. If anything, they become a boon, shifting the focus to learning track layouts and razor-sharp timing. Top stuff. 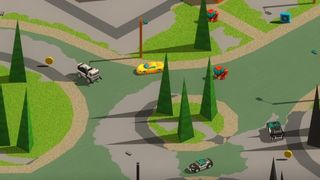 In the world of Splash Cars, it appears everyone’s a miserable grump apart from you. Their world is dull and grey, but your magical vehicle brings colour to anything it goes near. The police aren’t happy about this and aim to bring your hue-based shenanigans to a close, by ramming your car into oblivion. There’s also the tiny snag of a petrol tank that runs dry alarmingly quickly.

Splash Cars therefore becomes a fun game of fleeing from the fuzz, zooming past buildings by a hair’s breadth, grabbing petrol and coins carelessly left lying about, and trying to hit an amount-painted target before the timer runs out. Succeed and you go on to bigger and better locations, with increasingly powerful cars.