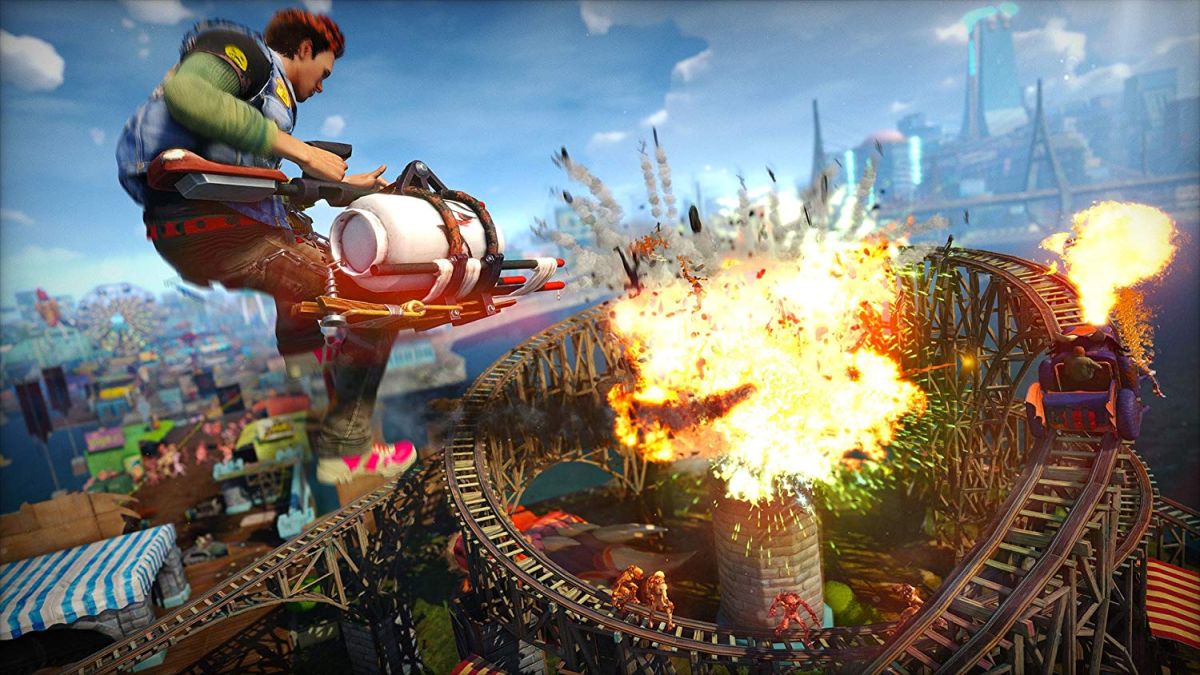 Check out tomorrow’s This Week on Xbox when we welcome @insomniacgames’ @igTedPrice to talk about @SunsetOverdrive coming to Windows 10 PC. Don’t forget your can of OverCharge Delirium XT. pic.twitter.com/2MpNXFTYssNovember 15, 2018

Developer Insomniac Games also chimed in to have a little fun with the “reveal,” which will finally conclude the most pointless series of “no comment” email replies since Bethesda tried to convince the world that Walmart Canada was a figment of our collective imagination.

Tune in tomorrow to learn more about the best kept secret in games! https://t.co/GwzUnS6VBLNovember 15, 2018

And now the launch trailer has turned up on YouTube as well. As far as I can tell it’s the same as the Xbox launch trailer, but with higher-resolution textures and “Windows 10 PC” in the title.

The rumor of a PC release of Sunset Overdrive that surfaced back in May gained credence last week when a listing appeared on the ESRB website. Shortly after that, it also turned up in the Steam Database, which pretty much locked it down despite Microsoft’s reluctance to say so. But in case you still feel some lingering doubts, the fact that you can actually now preorder the game from Amazon should probably set them to rest.

The Amazon listing indicates that Sunset Overdrive is being published by THQ Nordic, which did a deal with Microsoft earlier this year for the right to distribute its games on Steam and in boxed editions. It’s already punched out a number of other MS games, including ReCore Definitive Edition, and Sunset Overdrive would seem to fit with the kind of games it’s handling: A reasonably popular mid-tier release that missed PC and isn’t so much of a blockbuster that Microsoft isn’t willing to let someone else take the wheel.

And what exactly is Sunset Overdrive, you ask? From the production description:

“The year is 2027 and sunset city is under siege. A contaminated energy drink has transformed most of the population into toxic mutants. For many it’s the end of the world, but for you it’s a dream come true. Your old boss? Dead. Your boring job? Gone. Transform the open-world into your tactical playground by grinding, vaulting and wall-running across the city while using a devastating, unconventional arsenal. With hyper-agility, unique weapons, and customizable special abilities, sunset Overdrive rewrites the rules of traditional shooters and delivers an explosive, irreverent, stylish, and totally unique adventure.”

The PC version of Sunset Overdrive is $20 on Amazon, and shows a release date of November 16. It will also, according to the listing, include the Mystery of Mooil Rig and Dawn of the Rise of the Fallen Machines DLC. I’ve emailed THQ Nordic to see if it wants to confirm that this is actually happening, and will let you know if it does. While you wait, you can enjoy the Xbox One launch trailer from 2014 down below. 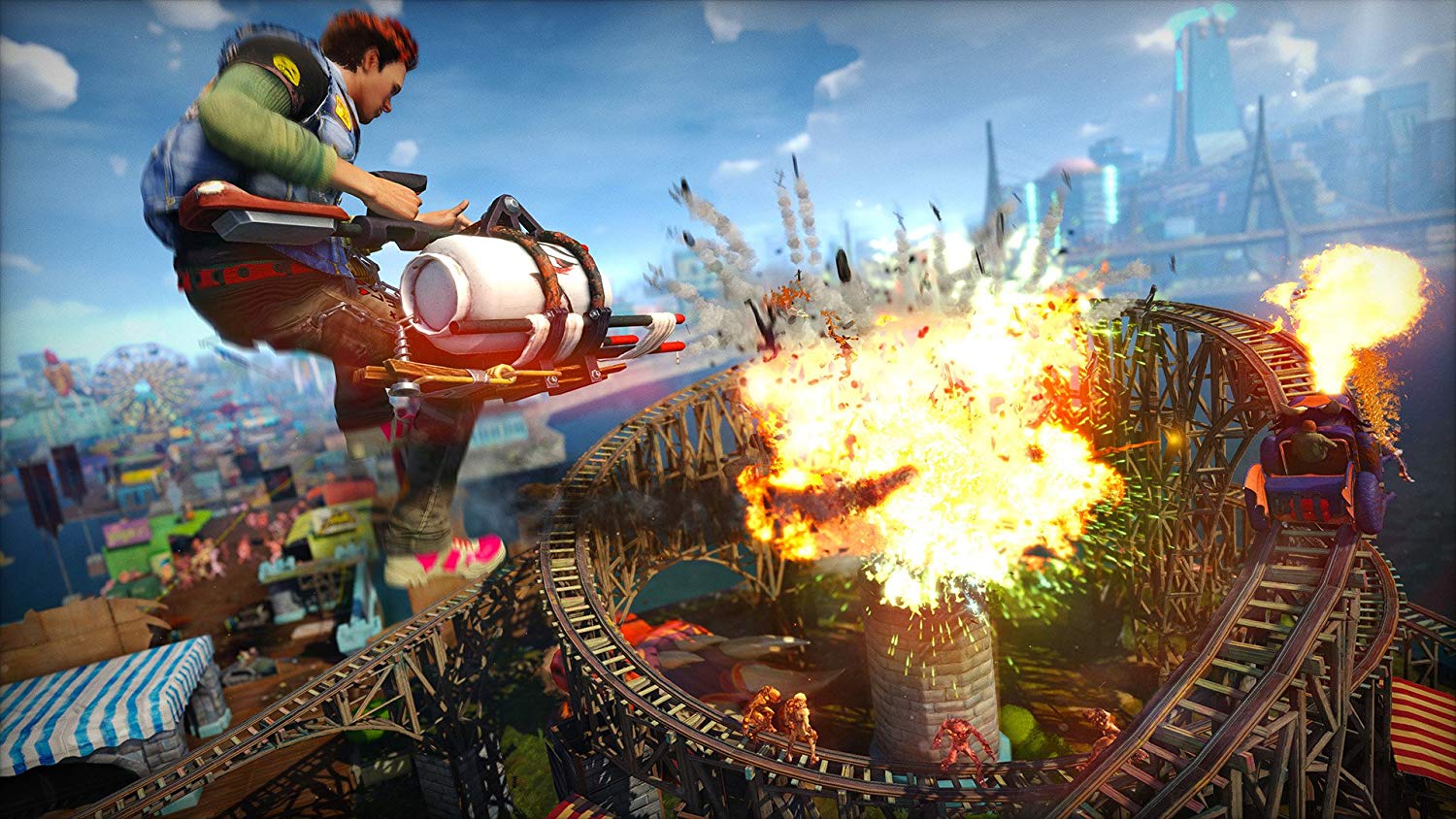