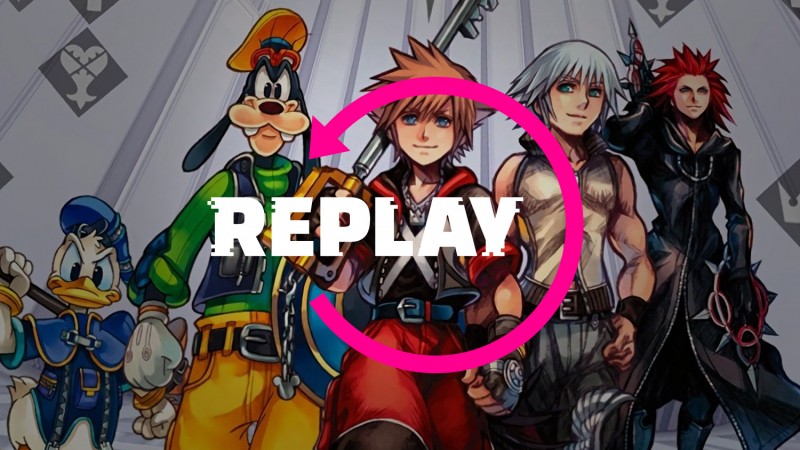 With Kingdom Hearts III just days away from release, we invited Kim Wallace on the show to catch us up on the series. Our goal was simple: We wanted Kim to convince us that it would be okay to jump into Kingdom Hearts III without playing any of the other games. She cautioned against that in her review saying “newcomers (and even old fans who have just missed a few entries) will probably have a hard time following many portions [of the story.]” She didn’t budge from that stance, but we were able to ask her exactly what we would be missing out on, and she walked us through it.

These questions were volleyed to the backdrop of Kingdom Hearts: Dream Drop Distance, a loved 3DS side installment that is a part of a PlayStation 4 collection. We took a look at the console version, and Ben Reeves did his best to make progress within it. Former Game Informer editor Bryan Vore gave the 3DS version an 8.25 out of 10 review score, and had this to say about it:

“While some players won’t tune into the Kingdom Hearts series again until the title includes a “III,” others keep up with the new installments no matter what. Dream Drop Distance is one of those titles that reaffirms your faith in Kingdom Hearts (like Birth by Sleep) rather feeling like an obligation (like Re:coded). If you’ve passed up other non-numbered entries, this game provides an extensive journal brimming with plot summaries and character info. It’s not easy to boil-down a 10-year-old series as convoluted as Kingdom Hearts can sometimes be, but Dream Drop Distance does a great job.”

Whether you have played every Kingdom Hearts title or not, we urge you to hear the wisdom Kim delivers. It’s fascinating to hear her talk about one of her favorite gaming series. Enjoy the episode, folks, and we’ll be back with yet another episode in just seven short days.