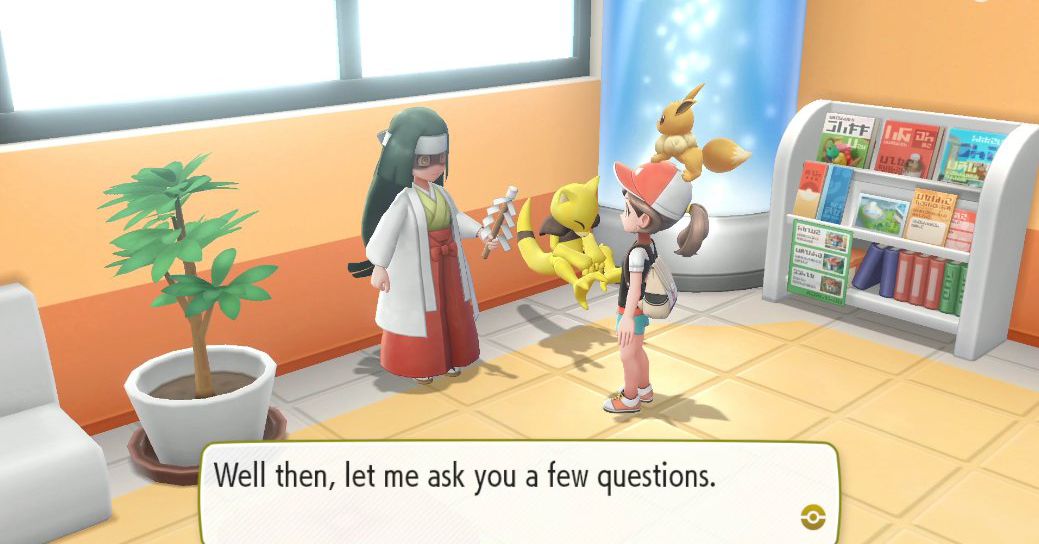 We understand that Pokémon: Let’s Go! is polarizing, what with all those divergences from the mainline RPGs. But there are efforts to make the game appeal to traditional players, it seems, with additions like a character who can change wild Pokémon’s natures — which sounds huge for the competitive scene.

Following today’s lengthy Super Smash Bros. Ultimate-themed Direct presentation, members of the Nintendo Treehouse localization team shifted gears to play some Let’s Go! on their own livestream. Among the less-exciting bits (battles) was new content, like a parade of Meltan that players can import from Pokémon Go. And a stop at the Pokémon Center included a chat with a fortune teller, who has the power to control which nature wild Pokémon will be.

Natures dictate two of a Pokémon’s many battle stats, raising one by 10 percent and lowering the other by 10 percent. Among IVs and EVs — read all about ’em — these make the biggest impact on competitive play. There are 25 possibilities, each with their own effects; sometimes it’s better to be jolly or adamant or lonely, depending on what players need. So on, so forth. It all depends on the Pokémon’s own proclivities and what kind of team a player is trying to build.

The fortune tellers will ask a few questions to determine which nature to give to the wild Pokémon players encounter, and the spell lasts through the end of the real-world day. It’s an optional feature, but one that should eliminate all that hunting and resetting players typically must do, thanks to the RNG of this system.