MECH it a great day with updates from the Override: Mech City Brawl Closed Beta! Override: Mech City Brawl is coming out on December 4, and we've got an update for you on all of the improvements we've made since Closed Beta! Pilot a diverse roster of epic mechs, each with their own play style, special moves, and finishers. Tower over your opponents and lay waste to entire cities underfoot in local and online versus, co-op, ranked 1v1 matches, and more. Customize your mechs in the Garage, changing their accessories and skins to create your own unique style, and experience Override’s story in a single-player campaign. Override: Mech City Brawl is coming to PlayStation 4 on December 4. Like on Facebook: http://www.facebook.com/OverrideMCB
Follow on Twitter: http://www.twitter.com/OverrideMCB
Join our Discord: http://discord.gg/6p9T7hg http://www.overridegame.com 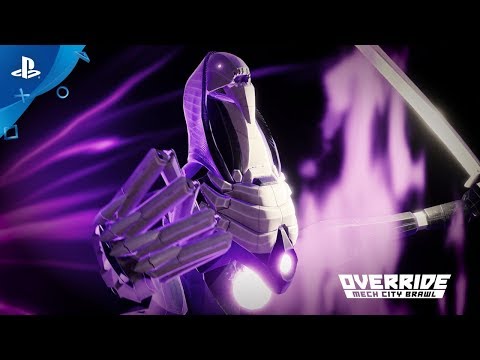