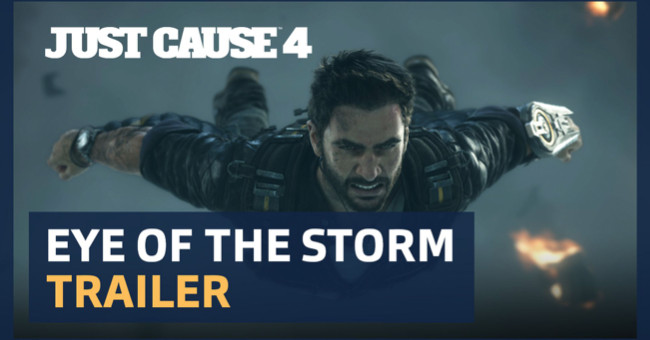 Just Cause 4’s latest bonkers trailer stars a tornado, which in the game can roll up on the set at any time and mess up Rico’s big plans or give him an even more cinematic way to dispose of foes.

Square Enix showed this cinematic trailer today during Microsoft’s X018 event in Mexico City. Afterward, Avalanche Studios’ Francesco Antolini, the game’s director, touched on some of the upgrades and highlights in the new game, which launches Dec. 4 for PlayStation 4, Windows PC and Xbox One.

That includes not only a better grappling hook, Rico’s signature implement of over-the-topness, but also a black market that can drop in just about anything instantly, like Rico’s Wile E. Coyote ordering from Acme’s catalog.

We got some hands-on time with the game at a preview event in October. Avalanche is making sure nothing in the world is an instant-kill event; that’s to encourage people to try as much outrageous shit as possible without fearing death. That includes surfing on cars inside a Texas twister.