Mindesk is a relatively new company that’s already generating a buzz as the makers of the first VR/AR platform to be natively integrated within CAD software. With their product, also called Mindesk, you can model 3D geometries directly with your hands, and work collaboratively with non-technical stakeholders without the need for physical prototypes. 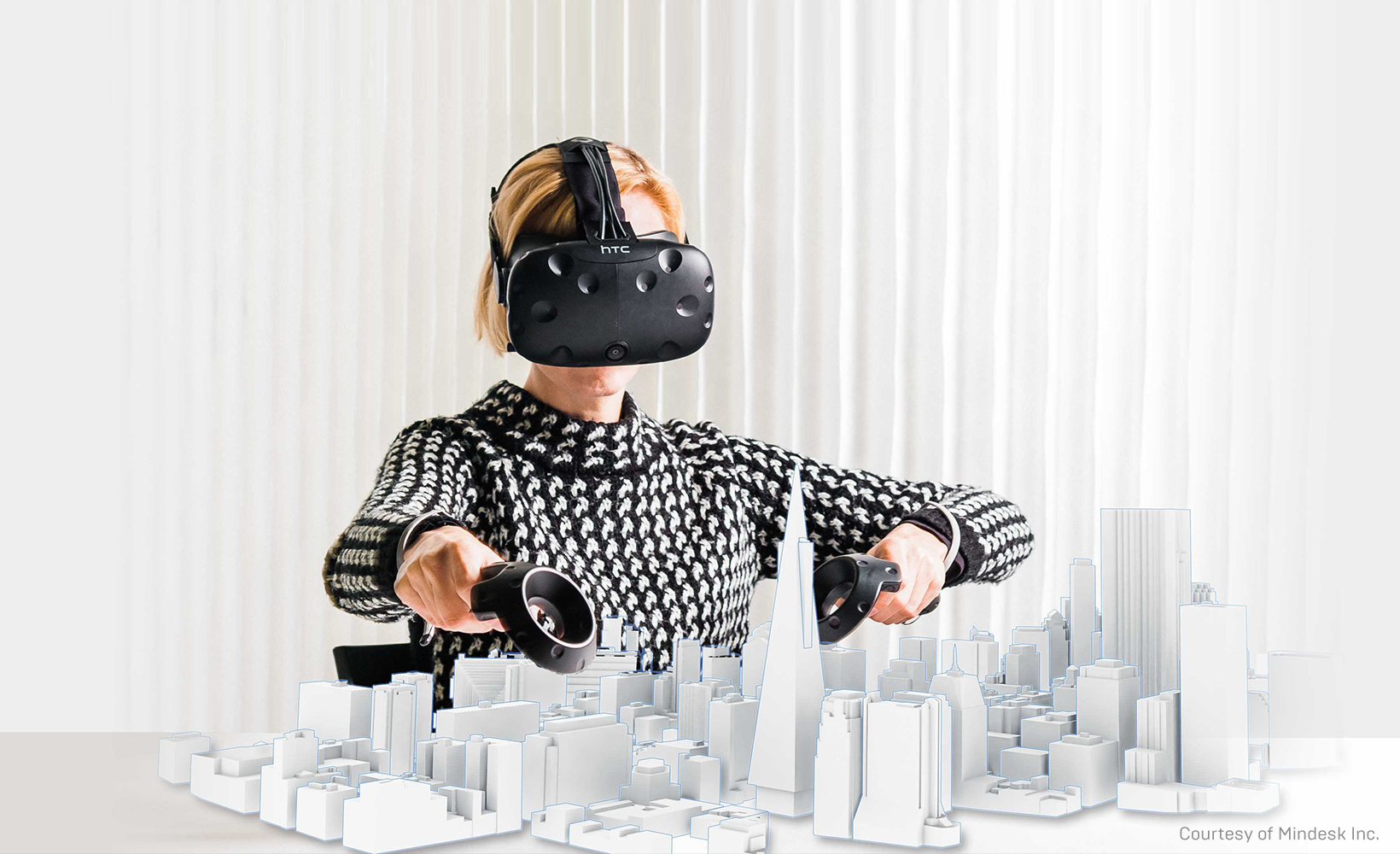 Mindesk offers existing support for McNeel Rhinoceros and Grasshopper, and soon, SolidWorks—and has plans to add to that list. At Autodesk University 2018, the company showcased in-the-works integration with both the CAD package (in this case, Rhino 6), and Unreal Engine.

For the first time, this will enable CAD users to 3D model in VR while getting high-quality, dynamic feedback of materials and lighting, furnished by Unreal Engine’s photorealistic real-time renderer. The demo was greeted with enthusiasm by visitors to Mindesk’s booth at AU.

“I think it’s a very exciting product,” said David Werner, an Associate Architect at MG2 Design. “I’ve been working with VR, and I really wish a product that would allow me to 3D model in real time, in VR, existed—and here it is! I think it’s very exciting to be able to get instantaneous feedback as you’re creating the model, rather than having to go through a process of creating the model in 2D, then exporting it to some sort of plugin, and then having to go to through this whole process of getting it onto the VR station.” 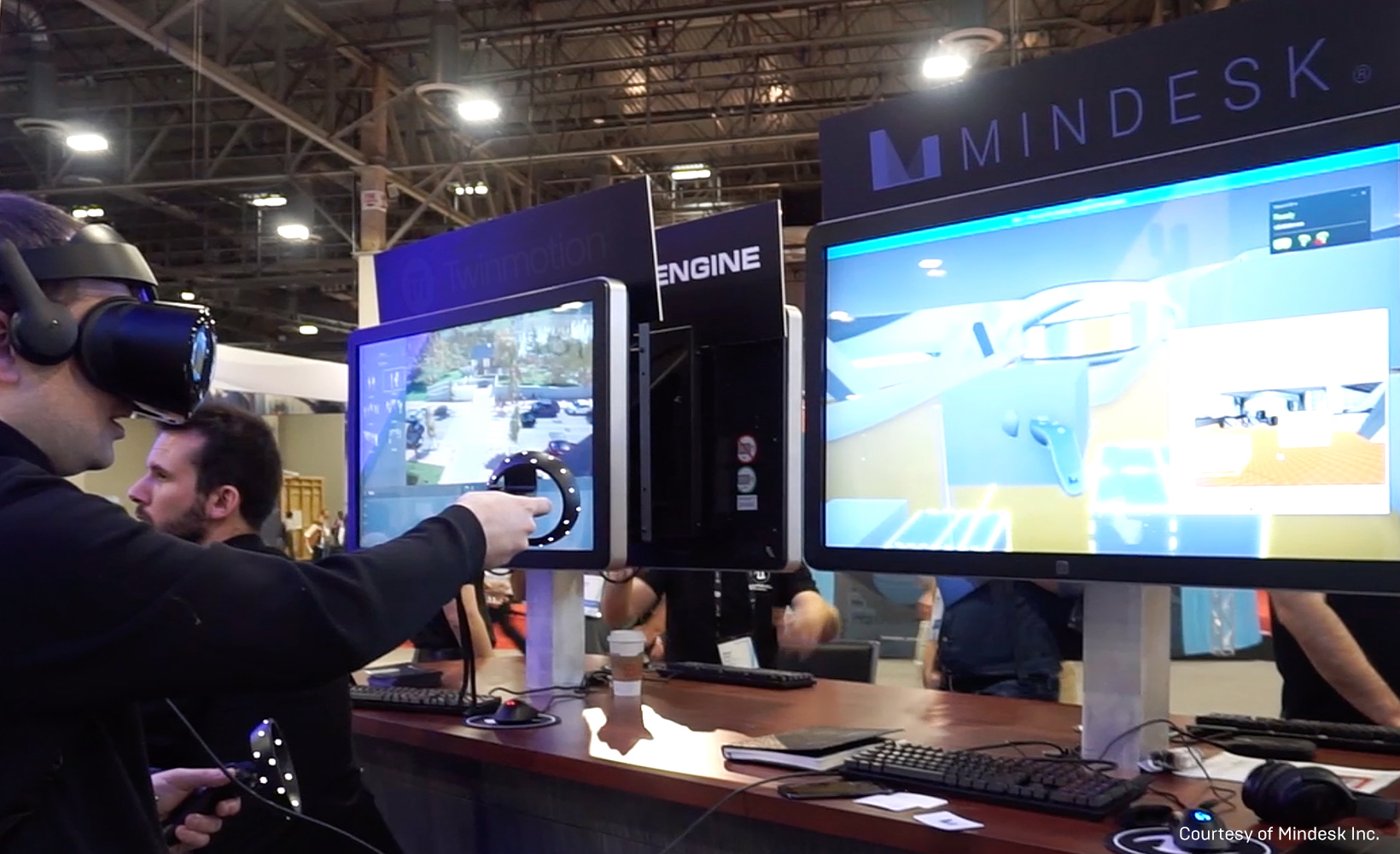 Mindesk plans to launch the Unreal Engine integration in Q1 of 2019, and invites interested parties to apply for early access as part of their closed beta program.

So how was the experience of developing a partner application for Unreal Engine? We spoke to Mindesk’s CEO Gabriele Sorrento.

“From a developer perspective, Unreal’s provided APIs are comprehensive and powerful,” he says. “Also, the community is really supportive. Epic Games offers a wonderful platform for open innovation.”

Some Rhino users will already be familiar with the benefits of working with Unreal Engine through more traditional interfaces. Rhino is just one of numerous CAD, DCC, and MFG formats supported by Datasmith, a feature set of Unreal Studio that enables the high-fidelity translation and preparation of data into Unreal Engine.

“Mindesk was smart to build this as a plugin to the Unreal Editor,” comments Pierre-Felix Breton, Technical Product Manager at Epic Games. “It means that customers can take advantage of all the benefits of working with Datasmith to create the context for the design, such as a neighborhood or showroom. With this new offering from Mindesk, you can now use Unreal Studio to create that context, and then go into VR to work with it—all the while maintaining a one-to-one correspondence with the Rhino file.”

Designed to help enterprise customers use Unreal Engine for non-games applications such as architecture, product design, manufacturing, and film and video making, Unreal Studio is currently in free beta. Along with Datasmith, it offers one-to-one ticketed support, targeted learning, and industry-relevant templates and assets. Why not download it today?