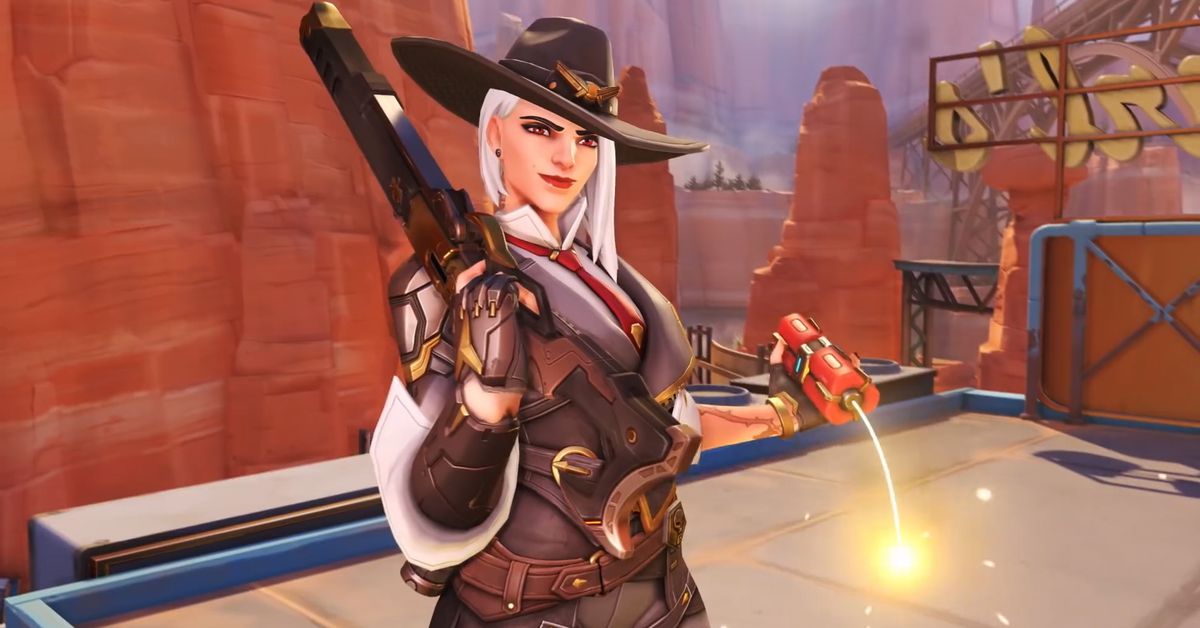 Ashe, the 29th playable hero in the Overwatch retinue, was revealed at BlizzCon 2018, and now she’s available on the game’s Public Test Region. Ashley Oh and I got a chance to try her out in gameplay, to get a feel for how she fits on a team.

Despite her intense-looking rifle, we were surprised at how low Ashe’s damage output was. Between the long cooldown on her powers and the amount of time it takes to reload, players will have to be very purposeful about their shots. She’s certainly not one to rush to the front of the fray, being better-suited to a medium range, where she can toss out her dynamite without getting hit herself. She is best teamed up with a character who can deal lots of damage quickly, allowing her to hang back and mop up after them.

B.O.B., her ultimate move, is practically a second character himself. He rushes into battle and sprays everyone with bullets until they’re out of sight or dead. He has his own health bar, which means he can be destroyed by quick-thinking enemies players or healed by allies.

Overall, Ashe seems like a tricky but rewarding character to master. Watch the video above to learn more about how best to deploy her in battle.