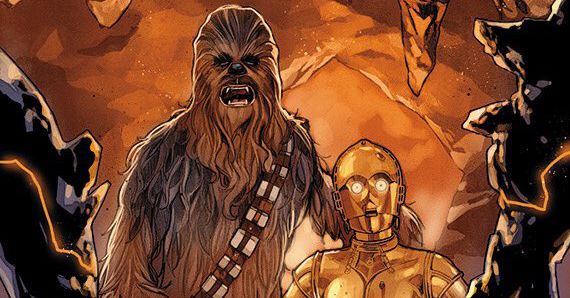 Marvel’s modern Star Wars comics will be trading hands this summer. Eisner-award winning writer Kieron Gillen and artist Angel Unzueta will be replaced by writer Greg Pak and Eisner-nominated artist Phil Noto. The announcement was made during a panel at this year’s Star Wars Celebration.

Gillen announced he would be leaving the series in his newsletter in January. Both he and Unzueta, who took a while to ease into the Star Wars style in my opinion, have been on a streak lately. Their time with the franchise will culminate with The Scourging of Shu-Torun arc, which will conclude with issue #67. Pak and Noto will pick up with issue #68 in July.

During the panel Marvel showed off many new covers, including art for the first few issues of Pak and Noto’s cycle. Noto’s work in particular elicited gasps from the crowd. His art has been a highlight of many covers in the Star Wars line since it made the transition to Marvel. His new pages display a softer style than Unzuetas, and take iconic characters like Luke, Han, and Leia in new and interesting emotional directions.