Low Supply and High Demand – Can We Get More Triple-A MMORPGs?

Home » Low Supply and High Demand – Can We Get More Triple-A MMORPGs?

Nearly a decade ago, the MMORPG genre was going full steam ahead. The imposing figure of World of Warcraft wasn’t enough to discourage other developers from taking a stab at the genre, and we saw the birth of new and ambitious triple-A MMORPGs left and right: Aion, The Lord of the Rings Online, Age of Conan: Hyborian Adventures, Champions Online and… um… Hello Kitty Online.

Alright, scratch that last one.

These are just a handful of examples to remind you of the vigorous state of the MMORPG back then. I can’t say for sure if this represented the peak for the genre, but it sure was exciting to experience all these new worlds of assorted inspirations and backgrounds. There was a lot to choose from and so little time to live all these different virtual lives.

Fast forward to now, and the panorama is far from ideal. I wouldn’t go as far as saying that the MMORPG is dying, or all those other clichés, especially because we have been spoiled with all the good stuff that came before. However we were also mistreated, taken for granted, served the same rotten fruit year after year, while expected to fork out a significant amount of our wages. Unsurprisingly, players grew tired of this pattern and began doing this crazy, uncanny thing – demanding innovation and asking developers to up the ante. Go figure!

Recent years haven’t been so kind in what triple-A MMORPGs are concerned. We can throw a Guild Wars 2 in there, mix it with Final Fantasy XIV and The Elder Scrolls Online for good measure, but even those aren’t exactly spring chickens anymore. If we squint a bit, we can get Black Desert Online and Blade & Soul in the same pot, as these two boast decent production values and loyal player bases – when they’re not crying ‘pay-to-win!’, it depends on the day of the week. But what else is there? At risk of failing to mention some other relevant triple-A MMORPGs, the scenario is somewhat grim, and I’m glad that a nice fun distraction like MapleStory 2 is doing well so far.

What’s weird is that the demand for MMORPGs is real, palpable and often capable of reaching unexpected levels. As a case in point, let’s look at the recent western release of Bless Online. For years, there was an insurmountable and somewhat perplexing hype surrounding a game that was failing to convince players in their homeland, South Korea. And yet, there was this prevailing impression that Bless looked good, had all the inner workings of a proper, triple-A MMORPG, and was destined to be the game that millions of players had been waiting for. There is no need to go into detail on what went wrong – you can read more about it here – but one thing is certain: Bless would make a ton of money had it been capable of fulfilling its promises, its untapped potential.

So, what or who is to blame for the current lack of triple-A MMORPGs? Clearly, we can point the finger at several causes, and one of them is, simply put, time. Developing an ambitious, high budget MMORPG is a task that isn’t at the reach of every studio. It requires years of planning, exhaustive studies into what is dominating the space at a given time, thoughtful considerations over the use of tried-and-tested mechanics versus new, possibly polarizing features, and, of course, a nearly endless stream of cash to keep the team confidently going for several years. For most developers, this is an endeavor that they simply aren’t willing to take, as it could eventually result in failure and closure of the studio. That is why only a handful of high-profile publishers are currently hosting MMORPGs with irrefutable success: Blizzard (World of Warcraft), NCsoft (Guild Wars 2), Square Enix (Final Fantasy XIV), Bethesda (The Elder Scrolls Online).

This leads me to another question: when is Rockstar Games finally dipping their feet in the genre? They have the financial means, the online infrastructure (GTA Online is a great start) and decades of experience in chart-busters, along with a complete disregard for fake video game morality – as Red Dead Redemption 2’s shrinking horse testicles will tell you. Also, I’m pretty sure that they would have no issues with ‘politely asking’ their employees to work a few 100-hour weeks here and there, for the sake of a great game – think of it what you will. 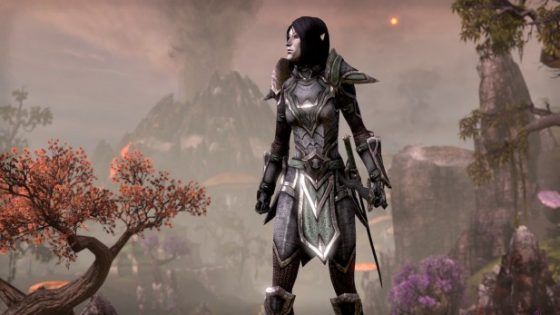 There is another strong reason for the decline of triple-A MMORPGs – boredom. Most MMOs stick to the same old routines in the hope of seizing a respectable player base, but this had a nefarious effect in the grand scale of things. It had a devastating effect on the huge MMORPG loving crowd, fragmenting the player base that has started to pay close attention to other, more immediate options. MOBAs and Battle Royale games provide instant gratification and scratch your competitive itch; those who swear by the MMORPG may try a new one, feel underwhelmed and go back to the popular, older options in the genre like the ones that I’ve mentioned above.

The latest examples of MMORPG design feel like walking in circles, with no goal in sight and not a single worry about player expectations. Even South Korea, probably the most prolific region in what this genre is concerned – and main culprit for the culture of grind that is now so indissociable from MMORPGs and free-to-play in general – seems to be taking a much-needed step back to refocus. There is Lost Ark, Peria Chronicles, Project TL and Ascent: Infinite Realm, but not much noteworthy besides these few.

Aren’t you sick and tired of the ‘flavor of the month’ MMORPG, dumbed down games that are rushed to the market with the sole purpose of unashamedly scraping every last penny off the customers… I mean, the players? Here they are now, marketed to the moon with promises of delivering the greatest ride ever – It’s all about the endgame, it will be an amazing experience when you get there – with new content for decades and incredible support. A few months later they are gone, players left empty-handed, with nothing but broken promises and a feeling that they’ve been had. Ripped off.

There are players craving MMORPGs, players with tons of money to throw at a developer that can keep up with its promises. Just look at the money thrown at some Kickstarter campaigns – Star Citizen received over $2 million dollars in funding on Kickstarter alone and is still getting funds through private campaigns; Ashes of Creation amassed over $3 million dollars; Crowfall also got quite a bit of funding – over $20 million in total funding! How is that not a sign that there is a huge demand for a full-fledged MMORPG?

However, this is no easy task and the long years of gestation are indicative of the work and high risk that goes into a triple-A MMORPG. There is no exact science to this, no rule-book that will manage to please every single one of us. Those who love the ways of the old games, such as World of Warcraft, will probably be the first to scoff at any decent attempt at innovation – right now I’m sitting here, thinking about the huge risk that Bluehole is taking with Ascent: Infinite Realm and its focus on aerial combat. But if we keep getting the same games with the same stale questing, static combat and endless grind, then we would do better to stick with those Chinese auto-path, auto-combat ‘games’ where your character reaches level 20 in five minutes.

The current indecision and debate with the business model also has a saying in all of this. When designing your MMORPG, you must consider early on if it will be free-to-play, buy-to-play or with a monthly subscription (as Ashes of Creation is going to be). This needs to be carefully addressed as it could make the difference between a successful, fair game, or a cash shop mess that will destroy whatever efforts were made prior to its release. There is no consensus over this at the moment and Bless Online is a good example of the power that a business model can have in a game – after the initial Early Access sales, the player base decreased radically and the game would soon be dead had it stayed that way – hence the swift and predictable switch to free-to-play in October 2018, in the hopes of attracting more players to make for a sustainable community. There is a significant “I’ll play it when it goes free-to-play” crowd, but whales shouldn’t be overlooked when it comes to the profitability of an MMORPG.

Not all is grim, however. These may be high demand and low supply times indeed, but they also feel like a transition phase. With the boom of mobile gaming, everyone wanted to have a go but many developers seem to be once again focusing on the PC platform, hopefully working on an MMORPG. I know that some of them are.

Do you really think that there is no subtext to the recent “Should we build an MMO?” tweet by League of Legends makers Riot Games? What about the upcoming MMORPG based on Tolkien’s Middle-earth in development by Athlon Games? Amazon Game Studios is creating the intriguing New World, Cryptic Studios is developing a Magic: The Gathering MMORPG, and here’s hoping that Nexon’s anime MMORPG Peria Chronicles will finally become a reality in 2019.

To the developers who want to tackle the highly risky but oh-so-profitable task of creating a full-fledged, triple-A MMORPG, I have this to say: do your own thing. Every single one of us is a player, every single one has an opinion and a lot of us are just plain wrong. Do not abide by the lowest common denominator, reach for the skies and pour your hearts into it. If you are willing to take the risk and invest the money, you need to go the distance and deliver the best damn game that you can.

Who knows, maybe the next World of Warcraft is in the making as we speak?