Sports structures are large and complex. With a footprint of between 1.5 and 3 million square feet, the scope of an entire sports complex can be difficult to visualize with traditional means—especially when you’re working with the original engineering data and not some heavily optimized proxy.

HKS is solving this problem by creating interactive real-time presentations of such projects complete with structural details, mechanical and lighting systems, ray-traced shadows and reflections, and even thousands of fans.

“On an intense design process, every two weeks we’re getting in front of the client team,” says Owen Coffee, Principal at HKS. “Unreal Engine and the proprietary tools we’ve created enable us to import updates into the model even the morning of the meeting, and then simply take the interactive model to the client and fly through it.”

Coffee is able to bring a laptop to a meeting and show clients even the most complex scenes in real time, including all the mechanical, structural, architectural elements, even with 300M polygons and tens of thousands of people in the scene.

HKS is a global architecture, engineering, and design firm focused on a series of different building types. One of their current projects is new baseball stadium Globe Life Field in Arlington, TX, the future home of the Texas Rangers. The stadium, which features a retractable roof with clear panels, will seat around 40,000 people. The design includes a hotel, convention center, courtyard, retail stores, restaurants and clubs in addition to the stadium itself.

“One of our biggest challenges is trying to communicate the scale and complexity of our projects,” says Bryan Trubey, Principal and Executive Vice President at HKS. “There really aren’t other building types that combine both scale and complexity quite like sports and entertainment projects.” 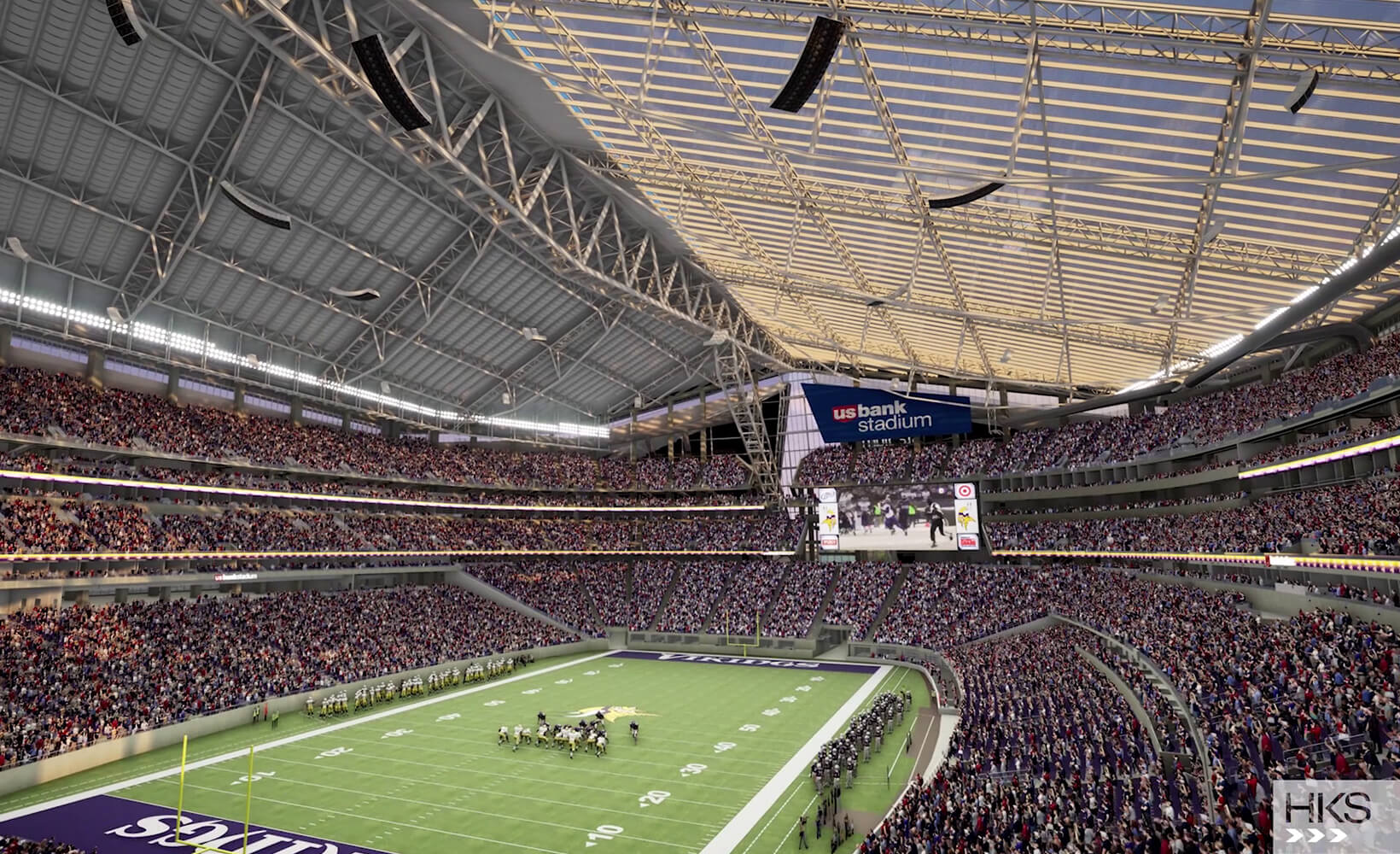 Considering this kind of scope, Unreal Engine is key to being able to show the client each and every part of the model and look at it from every angle. “We can show thousands of viewpoints in moments,” says Pat Carmichael, Senior Consultant, Advanced Technologies at HKS. “Plus we can modify on the fly, we can pull it up in the editor and make modifications while they watch.”

To make it possible to create such large-scale presentations in such a short time, HKS has developed a series of tools especially for architecture starting with their Revit import process. “We’ve developed a proprietary process that allows us to optimize and work through all of these large models and create very efficient versions of them that go right into a real-time engine,” says Coffee. “We have tools that cut sections and plans, add materials, [and provide] camera speed controls.”

He adds that they can also preview the effects of shadow on the field, an important aspect of stadium design, by controlling the sun’s position by date and time. This gives HKS the ability to quickly evaluate different facades and see how they interact with the Texas sun during the hot spring and summer months of the baseball season.

The team has also recently started implementing ray tracing into their renderings. “The fact that we can push 50 or 60 thousand people in a model, all shadowed and bounced light and everything else off of it, and reflections on the windows, is staggering,” says Carmichael. 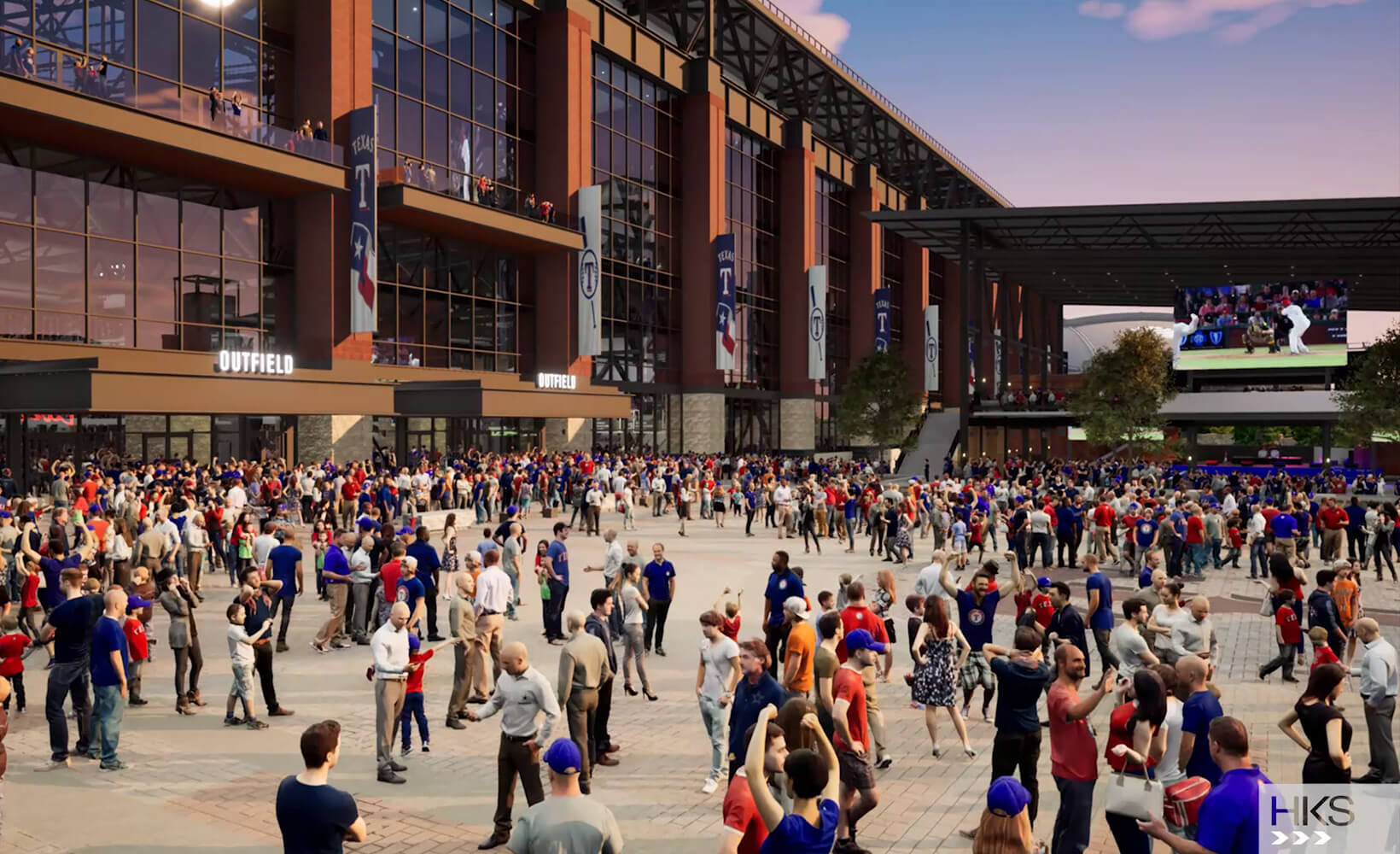 “We’ve been waiting for ray tracing for years and years and years now,  just so that we get the accuracy in the glass, the reflections,” says Chris Roberts, Computational Applications Developer at HKS. “The ray-traced shadows are just looking incredible right now.” He adds that with the new NVIDIA RTX cards, HKS is able to maintain real-time frame rates even with ray tracing.

Trubey points out that these realistic interactive presentations of large-scale projects have given HKS an edge over their competitors. “They say, ‘Wow, nobody showed us anything like the capabilities that you guys are showing us and bringing to the table!’” he says. 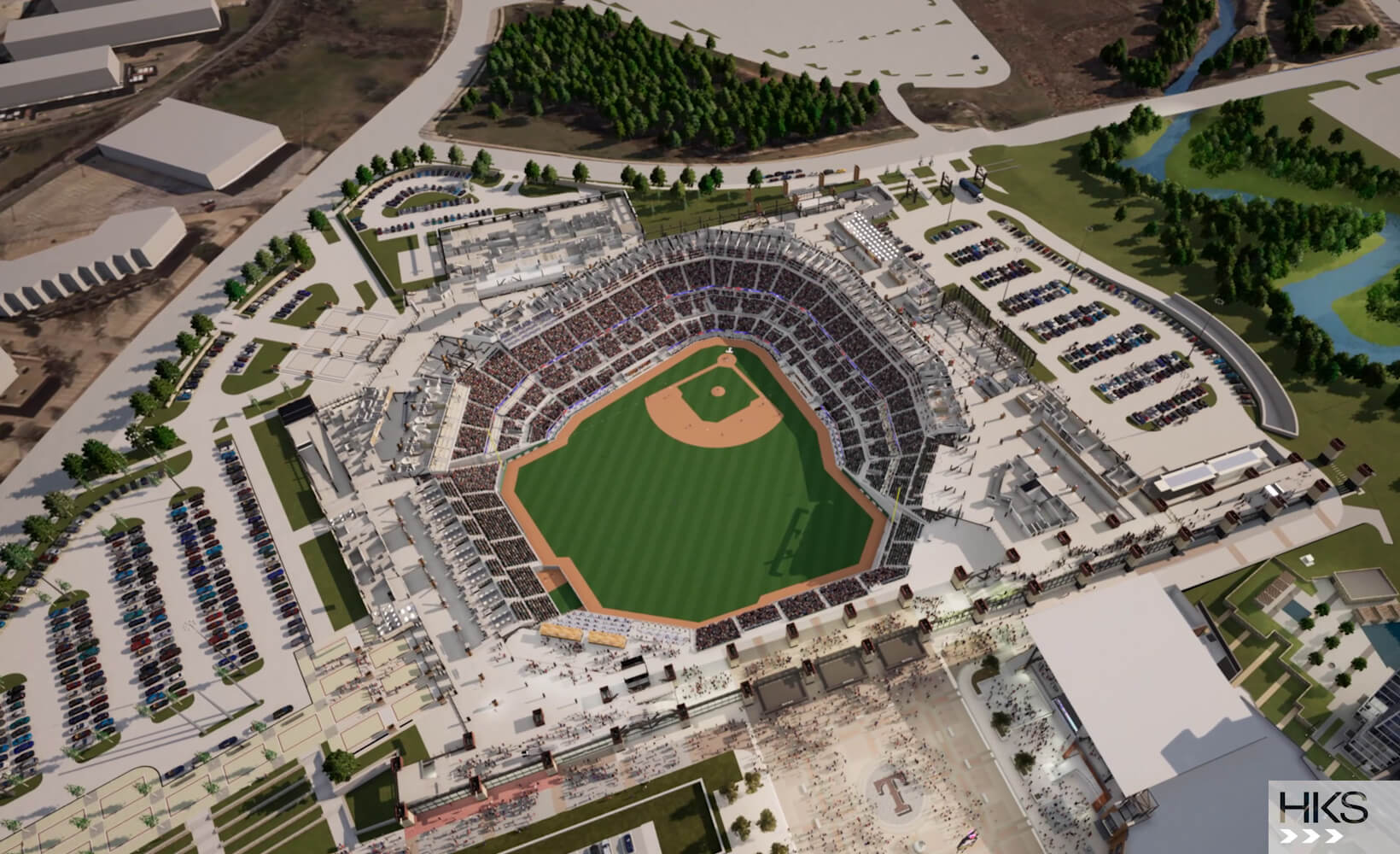 “Using Unreal Engine has become crucial in my design process because it’s much more engaging,” says Coffee. “You get a lot more response from the client. Like you’re going on a journey together, you’re discovering the design process together.”

Want to create your own interactive real-time architectural visualizations? Download Unreal Studio and get started today.