We love celebrating our CRYENGINE community, and today we have an interview with a CryEngineer who started their journey with computers back when they were programmed with punch cards and believes, as we do at Crytek, that “creativity has no age boundaries.”

We love hearing how people from all backgrounds and experiences, all around the world, use CRYENGINE to achieve their vision. Based in Winnipeg, Canada, 68-year-old Vance McFadyen is an active participant on our community channels and is currently involved with Drake’s Legacy, a collaborative project creating historical assets with our engine. We caught up with Vance to discover what he’s working on now, how he got into CRYENGINE, and find out how he met the Queen!

Hey Vance! How did you get into computers?

My computing career started when I was 16, sorting punch cards for a Univac 90 series. By the time I was 18 I was an IBM 360 mainframe operator. I moved on to systems engineering and became the POS coordinator for all Hudson’s Bay retail chains across Canada. After that, I went into systems analysis for a nine-hospital complex, to automate the hospital’s various functions, such as registration, lab work, diagnostic procedures, and so on. I then moved to British Columbia and helped design, implement and maintain the University Of Northern British Columbia’s computing system. The Queen of England opened up the university, and I got to meet her! I was awarded a plaque for my efforts in helping to build the system, which was a top career moment for sure. 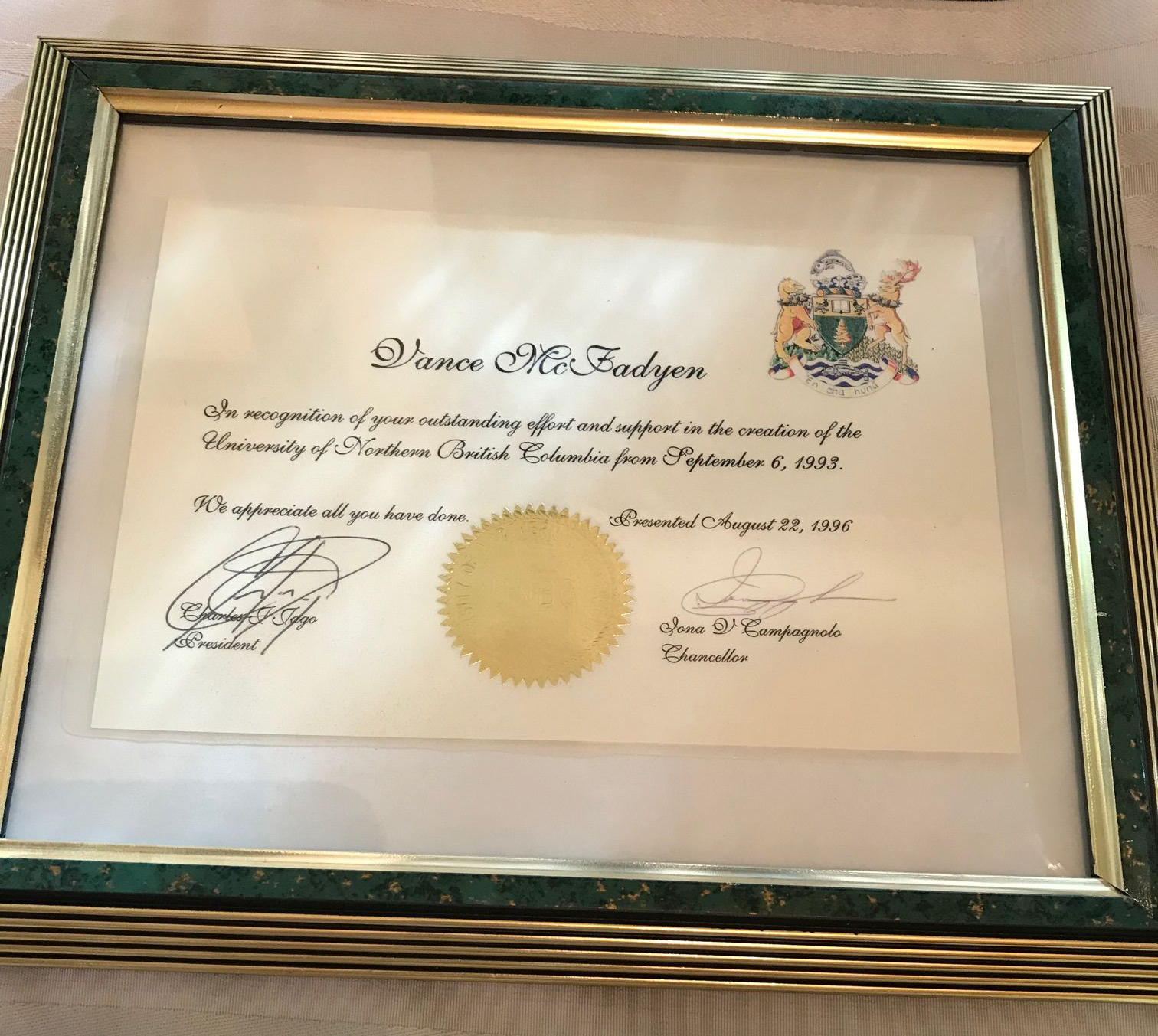 Awesome. Have you always been a gamer?

The first real game was Pong, and when I first saw it, I was amazed and played it for hours. As games evolved, I just started playing whatever I could. I enjoy RPG, fantasy, western, and medieval games the most. I loved The Witcher 4 and recently most Red Dead Redemption 2.

What’s your history with game development?

I’ve only ever been a hobbyist, rather than making games for a living. But in gaming, I have done many different things and worked with many studios, indies, and teams. I worked with CD Projekt Red on The Witcher as their mod manager when they wanted to start a mod community for their D’jinni game engine. I participated in the mod scene for games like Elder Scrolls, Neverwinter Nights, Two Worlds, Half-Life and many more. I created a mod called Gold Coast Chronicles in CryEngine 3 that earned a lot of praise but unfortunately got canceled due to a few issues in the team. I’ve actually worked with many engines including Unreal, Unity, and, of course, CRYENGINE. Currently, I’m working with Drake’s Legacy where I’m setting a cannon up to work as a player vehicle weapon which can be fired remotely. 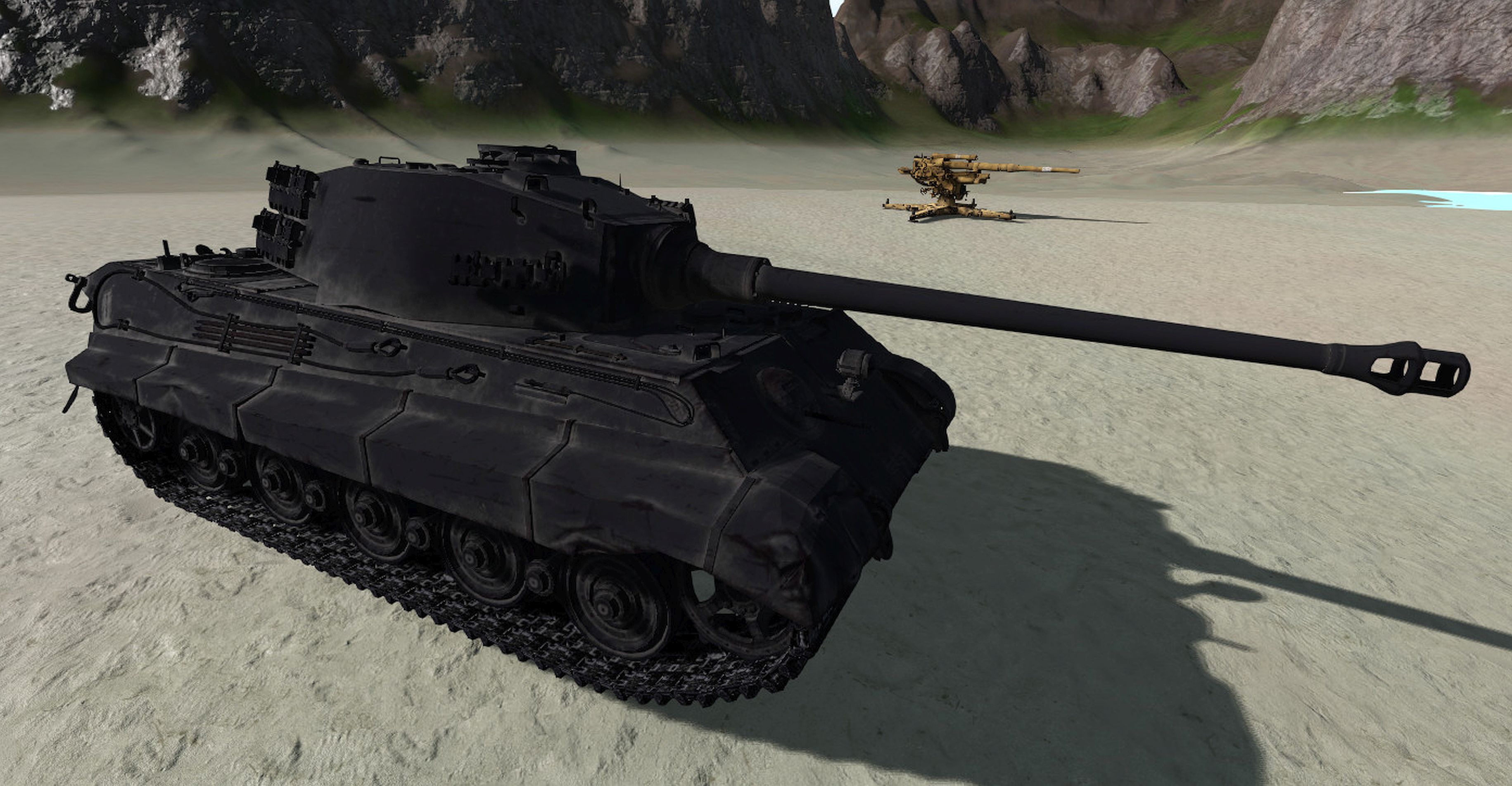 Age discrimination, sadly, is an issue in gaming culture and the games industry. What are your thoughts around the topic?

There does seem to be a stigma about age with gaming and game development. But I think it is due to a lot of misunderstandings in some ways. My friends, many of them I.T. professionals, always smiled when I said I did game development, as they thought it was supposed to be for kids and younger people! But when I start describing setting up things, like a character and needing to know human anatomy, skeleton makeup, inverse kinetics, and stuff like that, they become quite astounded at what is required and soon get a kind of respect for me for doing it. As for playing games, I have noticed a shift with more older people enjoying gaming. In fact, a few retired folks I know are actually playing them at first for something to do, and then soon get hooked like us all!

However, mostly the discrimination I receive is people being a little taken aback that I’m involved in gaming and game development at my age. Personally, I enjoy working with people of all ages! I have worked with teams who had members who were 14 or 15, and they were very bright and knowledgeable. Artistic creativity has no age boundaries in my mind!

If any older people are reading and thinking about trying game development out for the first time, I would recommend focusing on other aspects of creation using CRYENGINE first. Maybe build a car, a house, that backyard you always wanted, and then enjoy driving that car, walking around inside your new house, or working in your own backyard with CRYENGINE! CRYENGINE is far more diverse than just a gaming engine. 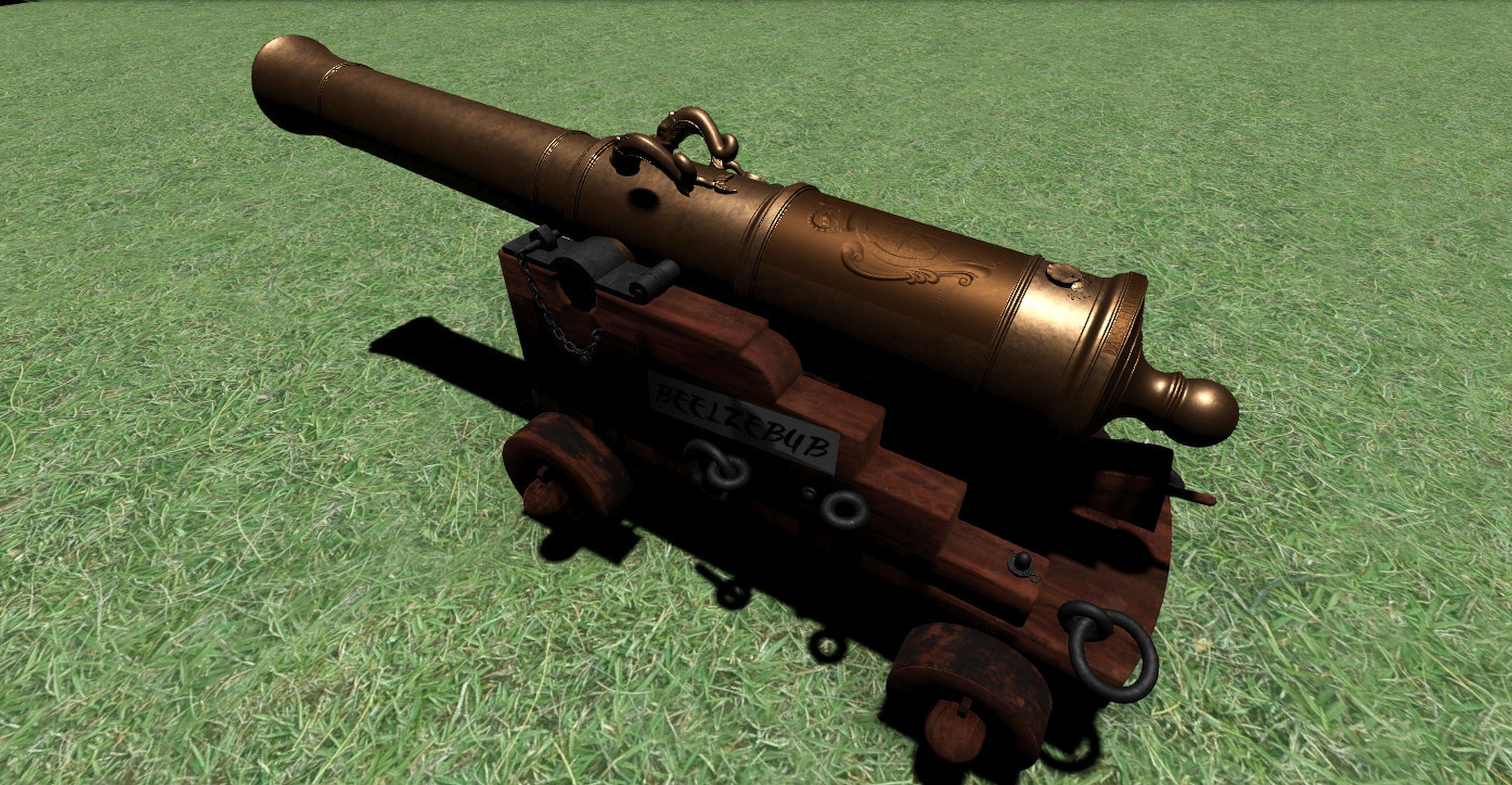 How did you first come across CRYENGINE?

I found CRYENGINE when it was first released and as soon as I started with it I was hooked. It was visually stunning and its real-world physics and real-time feedback impressed me so much that I stopped working in anything else but the engine! I like to see things come alive in the engine, like vehicles, weapons, characters, destroyables, bending metal, cloth and so on. CRYENGINE’s realism astounded me, and I’m hooked!

I took up CRYENGINE initially to see how what I made in the engine would look compared to real-life. The other game engines out there just can’t compete with CRYENGINE’s real-world look and feel. It’s so fascinating to make a vehicle, set it up and drive away in it! To create something and see it come alive in a game engine is so enjoyable.

I enjoy the technical aspects of the engine and have a good working knowledge of the 3d pipeline for setting up assets for use in CRYENGINE. I have assisted teams by showing them the proper way to do things in the engine and training them. Over the years I have worked on most of the sub apps, like the Facial Editor and Track View, and have gained a good working knowledge of what CRYENGINE can do and how it’s done. 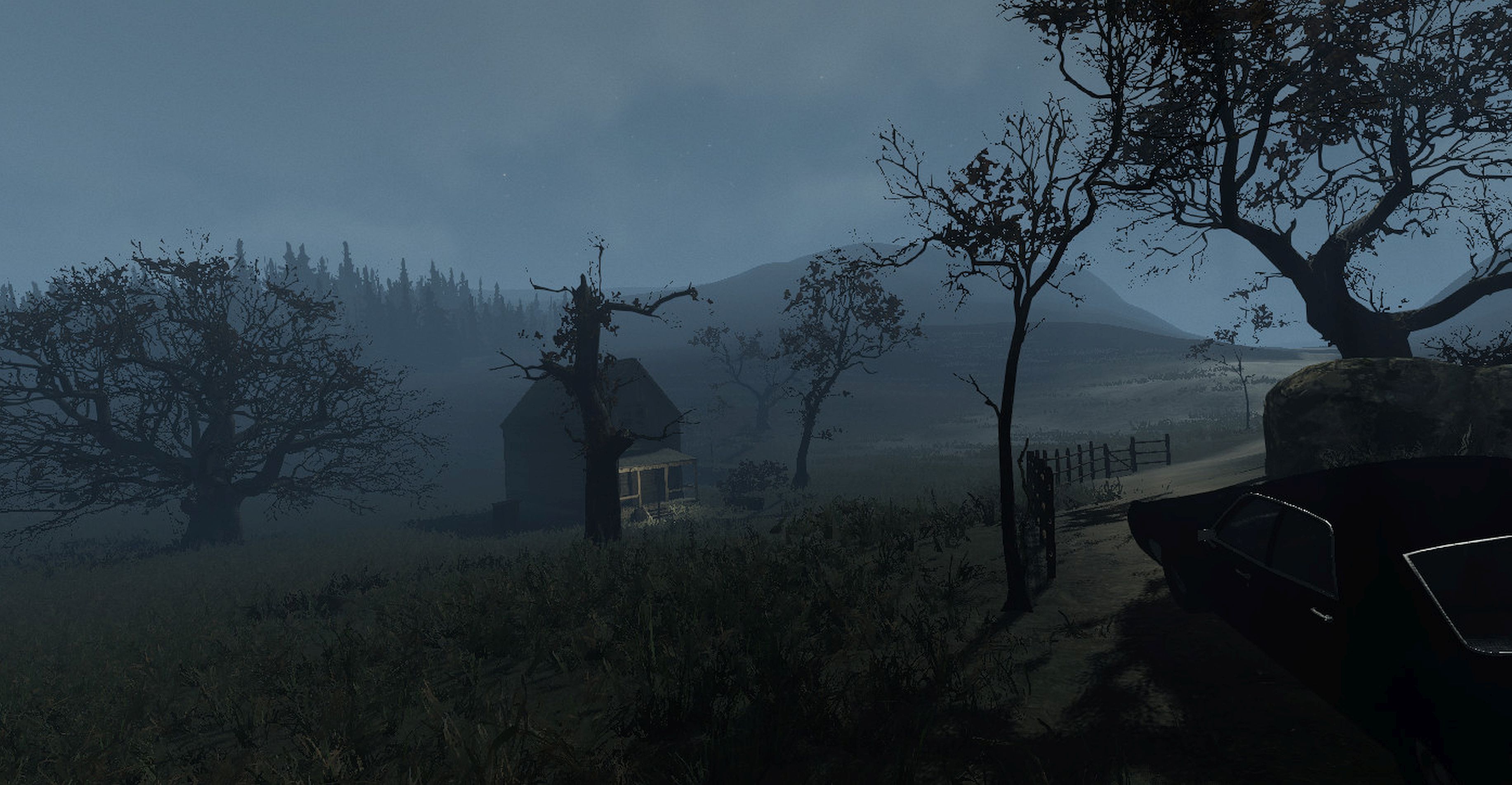 Where does your involvement in the CRYENGINE community come from?

I enjoy helping others enjoy the engine and getting them started with CRYENGINE if they are new. The CRYENGINE Discord is a true godsend, as getting help and advice from the techs is invaluable. It’s a great community filled with people who are willing to assist you with anything that they can. It feels like a family of like-minded people who enjoy working with CRYENGINE as much as I do.

What do you think about the way computers and software has evolved over the years?

The software has evolved tremendously in relation to the hardware. We used to have to rewire the IBM 370 mainframes processor to allow a new instruction set to be used. It was the of a suitcase with the connectors and a whole lot of wires. We’d have to get the old IBM instruction wiring manual and go to work. The basic processor is the same, as are the old disk drives that we used to have to carry and seat in their drive bays. The hardware is essentially the same, although more compact and miniaturized. It’s the software that went way beyond what we thought it would back in the late 1970s. I remember working at IBM as a mainframe operator and having lunch with other operators when the tech design guys came in and said that soon there would be a computer on a desk and no need for us operators. We all laughed, but the joke really was on us! 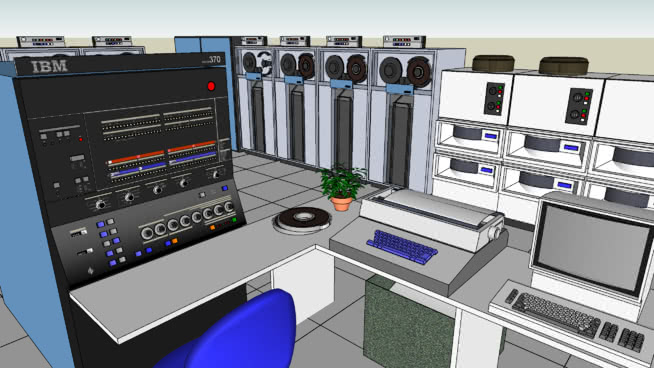 What are your next projects using CRYENGINE?

I want to do a cut scene Track View sequence of an old haunted cemetery and have been working at it on and off for a few weeks now, but I always get some request that takes me away this project! There’s no hurry to complete it, so all is good. Also, I will keep assisting Drake’s Legacy, as well as a Japanese studio that is looking into CRYENGINE for its new MMO, who asked me to help them decide if it’s the right engine for them. I’m setting up an animated character for them to see and test, so who knows where that might lead me!

You can find out more about Drake’s Legacy at their website, and you can check out a range of free assets which Vance has created for the CRYENGINE community over on the CRYENGINE Marketplace, including a pack of 31 different Mixamo characters and some extremely detailed, realistic fencing.

At Crytek, we value diversity and actively encourage people from all kinds of backgrounds and experience levels to apply to our open positions, so do check out our careers page! We look forward to your feedback on the forum, or via Facebook, and Twitter. Don’t forget to join the community and our CRYENGINE development team over on the Vance-endorsed official CRYENGINE Discord server.