Halon Entertainment is a visualization company that works on everything from video game cinematics and films to location-based entertainment. It’s played a role in shaping blockbusters including War of the Worlds, Aquaman, and Ad Astra, as well as hit TV series like The Mandalorian, bringing 16 years of experience to bear across previs, pitchvis, techvis, and postvis, right through to real-time rendered final animation.

Having started out as a previs house, virtual production is in Halon’s DNA. This experience led the studio to put Unreal Engine at the heart of its business, which has had a profound impact. “It’s not only given us the ability to create better visualizations, it’s also allowing us to diversify across many different business verticals,” says Daniel Gregoire, Founder and Chairman of the Board at Halon Entertainment. “We’re taking on projects that we wouldn’t have even considered before.”

Audiences’ expectations of visual media have skyrocketed since Halon started out back in 2003. The tools and ideas for visual storytelling have had to become more sophisticated to meet these demands.

When it comes to deciding which creative avenues get the go-ahead, real-time tools make it possible to more effectively communicate ideas across different departments in the filmmaking process. “The better we can make our work, the easier it is to communicate that vision—all the way up to the studio heads who are making the financial decisions,” says Gregoire.

Making creative decisions upfront results in higher-quality output and lower expenditure. With films and VFX shots increasing in complexity every year and costs rising accordingly, previs is being leveraged more often to plan and visualize the final product before committing budget. 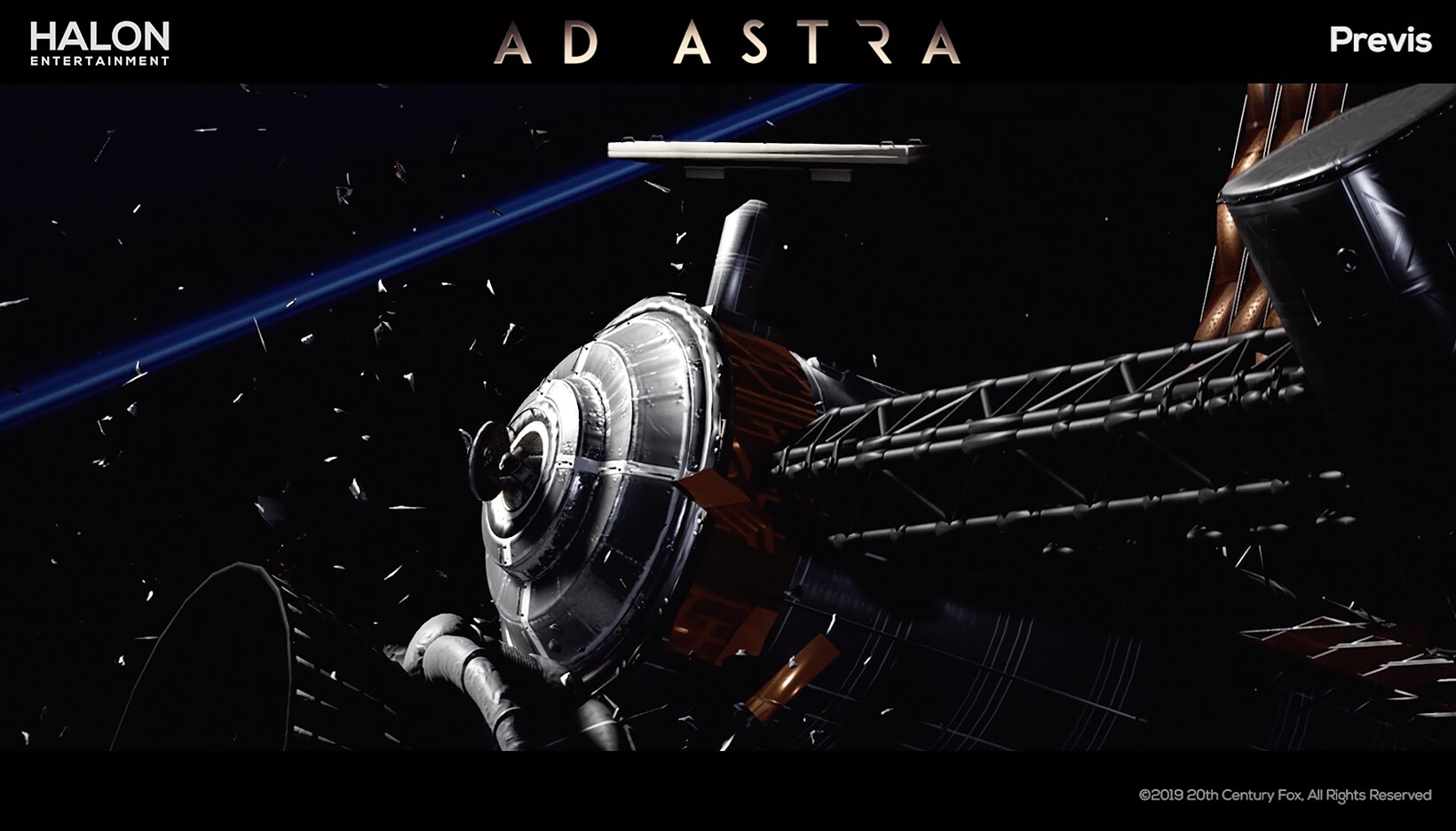 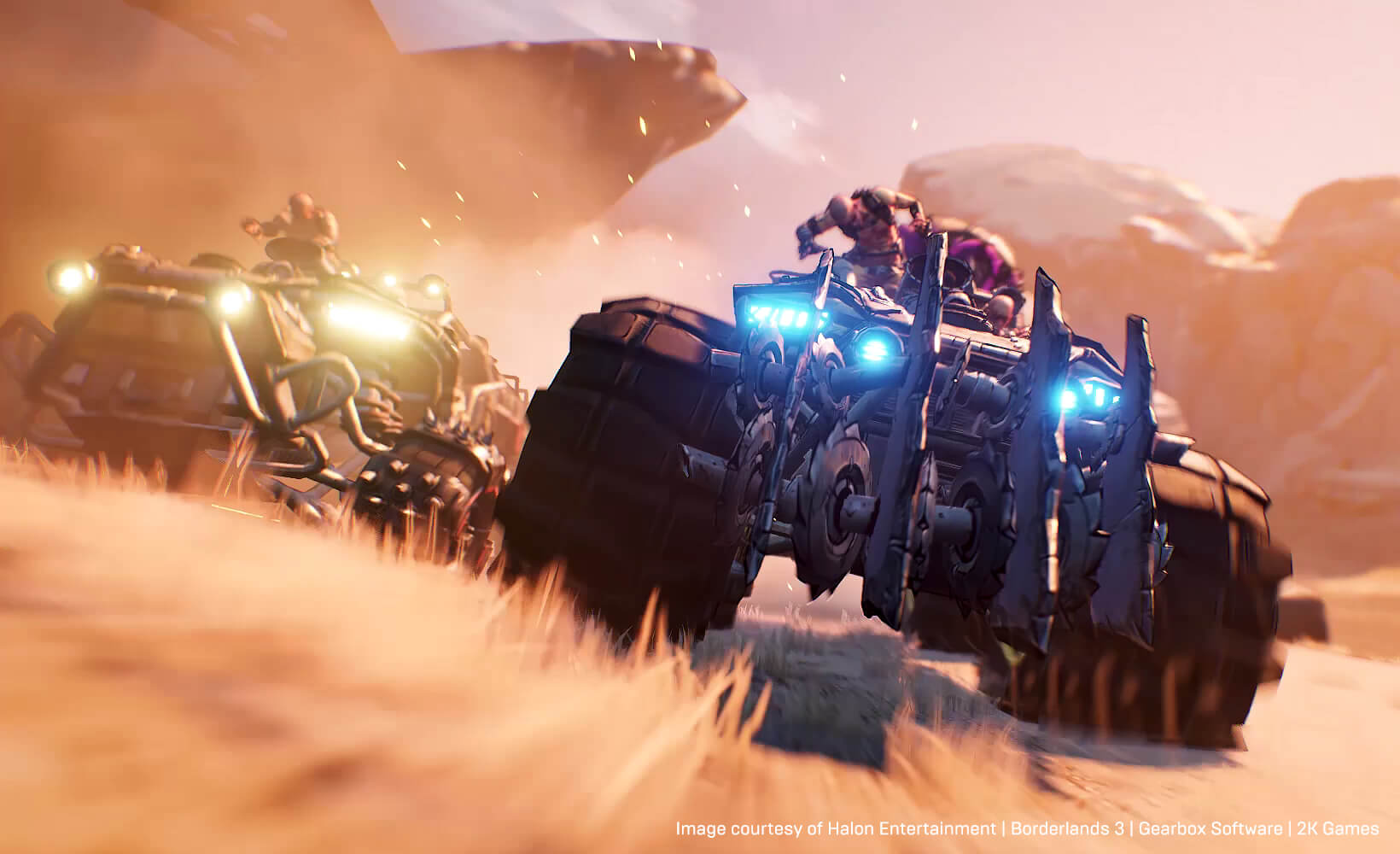 A studio with real-time technology at its heart

With projects increasing in scope and teams getting larger, Halon decided that in order to move resources between teams effectively, real-time technology would sit at the center of its pipeline. Everyone would be using it.

All artists at Halon are now Unreal Engine generalists, which has enabled the company to take on a much broader range of projects. “Standardizing our use of Unreal Engine across all projects has allowed us to branch out into a number of services that would not have been reasonable for us to offer in the past,” says Ferriter. 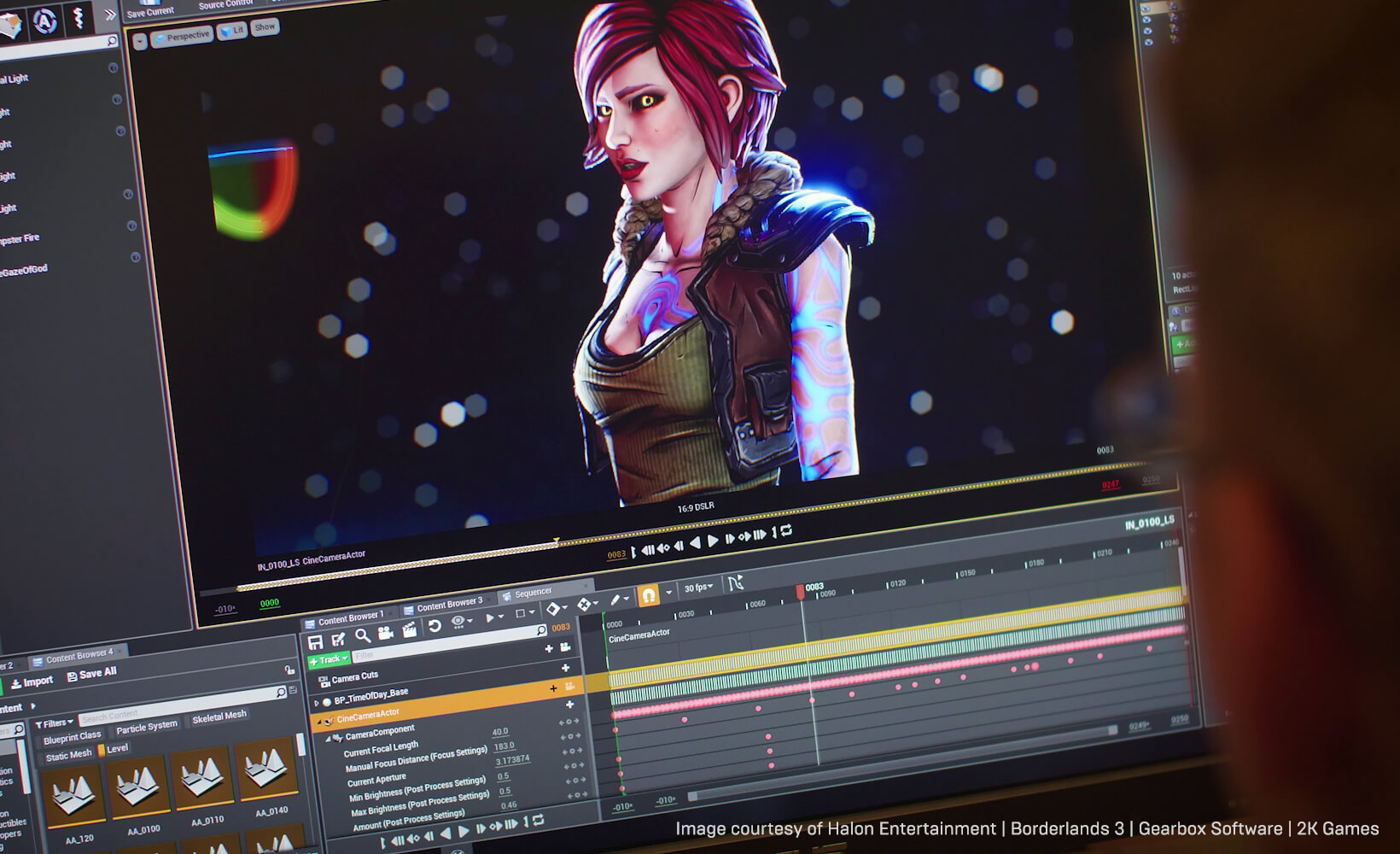 Gregoire agrees. “Everything from location-based entertainment to digital humans—you name it. All of this stuff is completely on our radar now.”

Game cinematics and trailers make up a significant percentage of Halon’s workload. It uses real-time technology on all of them to compress project timeframes. “As a director, I want to see stuff on screen now, happening the way I want it,” says Gregoire. “On Borderlands 3, we were able to turn around extremely complicated setups and shots, and put all these ideas into a single cohesive thing that I can actually stand in the middle of, play back, and make decisions about.” 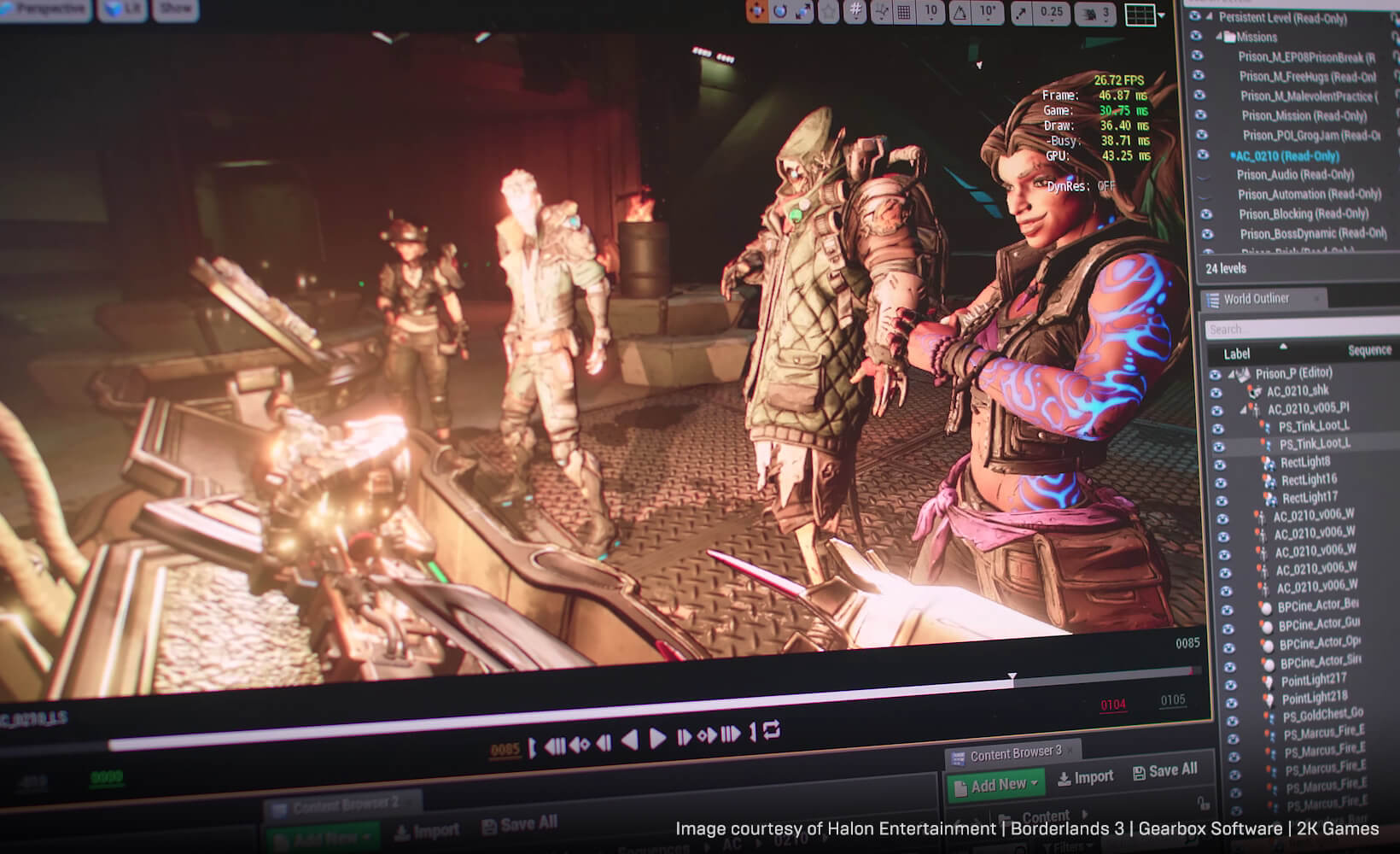 The studio still takes on a lot of previs work, often getting ‘911 calls’ to help get a film back on track if a new creative direction is needed. Aquaman is a case in point. “We had very little time to come up with a new vision for the third act of the film,” says Gregoire.

With two gigantic military forces coming together for the big clash at the film’s climax, thousands of characters, underwater effects, and explosions had to be put together efficiently. “The traditional tools just weren’t going to work,” says Ryan McCoy, Previs Supervisor at Halon. “Throughout the whole sequence, there are thousands of different ships, hundreds of thousands of different aquatic sea life that are distorting the water, there’s motion blur on top of different levels of murk, light rays—and all of this has been computed in real time.” 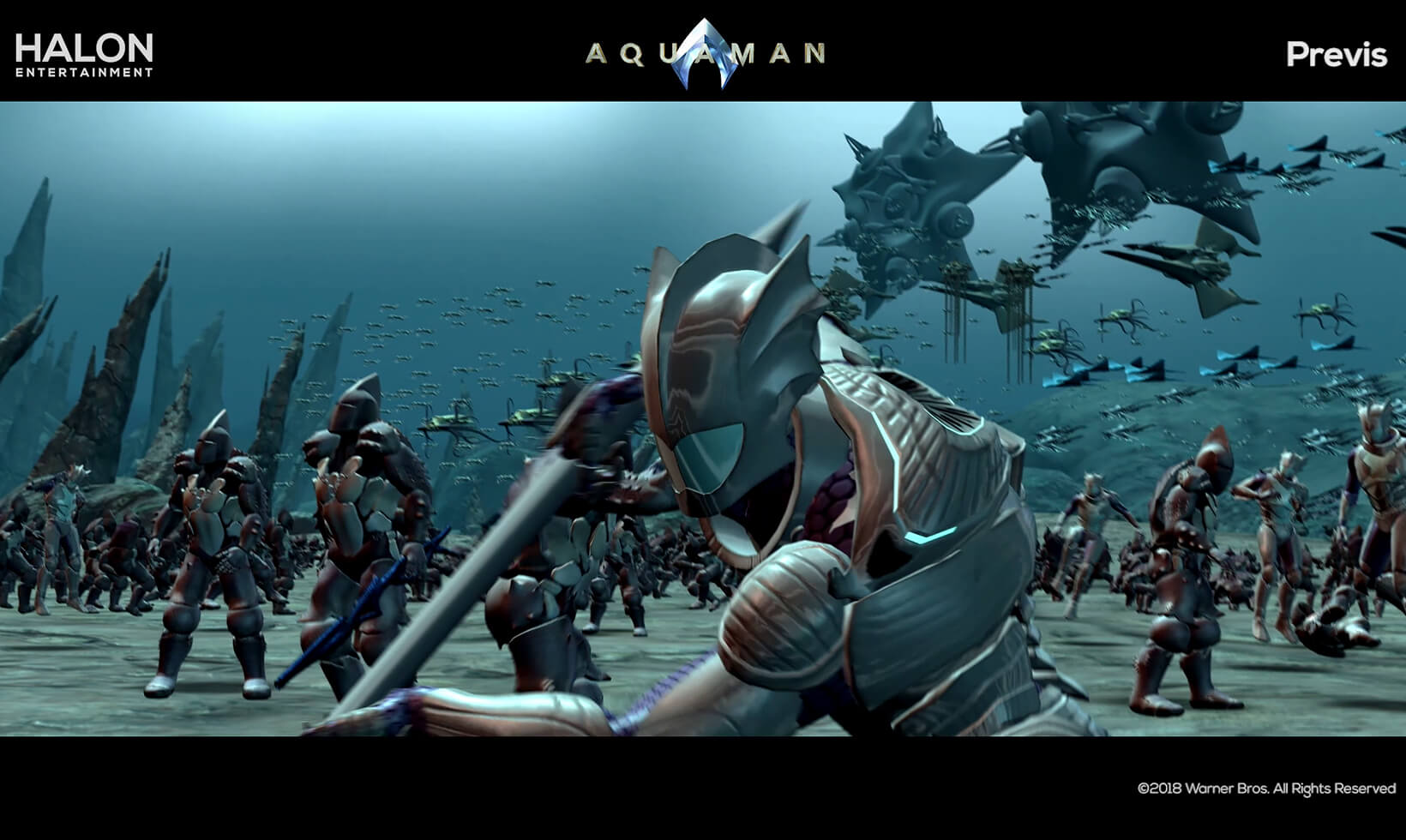 With little time to spare, the work Halon did on the film was going straight into editorial—into the cut—so delivering high-fidelity iterations was essential. “We have to have a high bar so that it doesn’t take people out of the movie,” explains McCoy. And because the team was up against the clock, it needed the fastest and most effective workflow possible. “In order to put that spectacle together efficiently, we needed the power that Unreal provided,” says Gregoire.

Unreal Engine has become the go-to tool in the studio’s armory for previs and pitchvis. The visual fidelity of the engine gives filmmakers and creators much more compelling material to help sell big concepts and get lofty ideas off the ground. “The visual acuity of our product is way higher, so when studio executives look at it they think they’re actually looking at part of the final product,” says Gregoire.

The studio’s work on science fiction adventure Ad Astra is a good example. “That came together in such an interesting way, because a lot of it takes place in space and you have this hard lighting and these hard surfaces,” says Ferriter. “The result is previs that’s almost photoreal and that really gives a good representation of the lighting you’d expect in the final frame.” 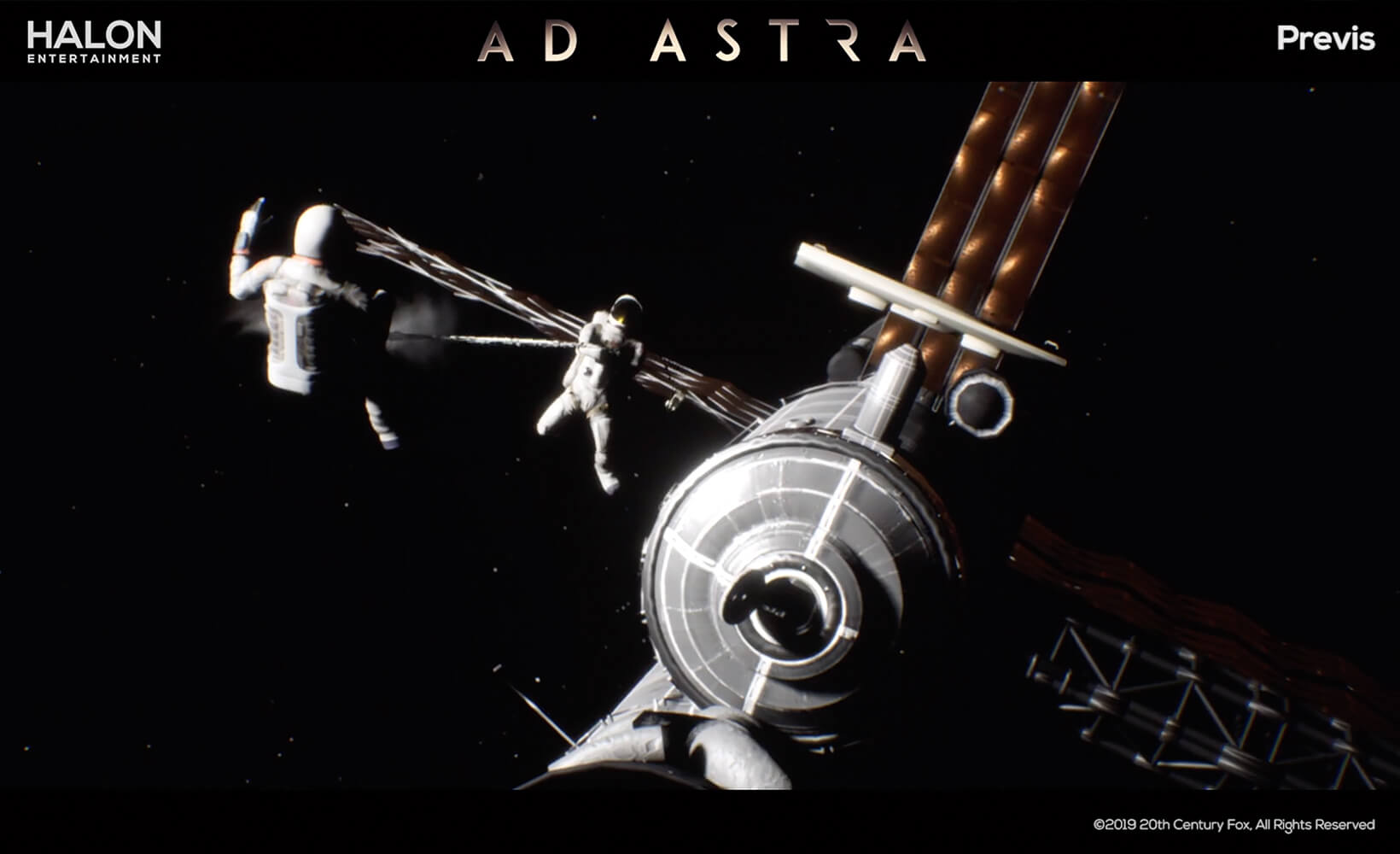 On the previs and postvis for The Meg, the team experimented with functionality usually used in game workflows. “Some of the special sauce we’ve brought to bear using Unreal is the AI system for enemy characters, which most people use for video games,” says Gregoire. “Ryan McCoy and his team were able to use the AI system to create a scenario where, when the shark swam through the beach, characters were automatically getting out of the way.”

This would have represented days of animation work and choreography for one or even more artists using a traditional workflow. “Using these kinds of advanced systems enables us to do crazy things that we would’ve never thought of doing before,” says Gregoire.

For McCoy, exploring and experimenting with Unreal Engine has made him realize it’s about far more than rendering beautiful pixels. “Unreal is not just a rendering engine, he says. “It’s kind of a Swiss Army knife.”

The real-time future of filmmaking

Gregoire believes real-time tools are set to play an increasingly important role in filmmaking in the years to come. “It’s going to make a significant impact. It’s a seismic shift,” he says. 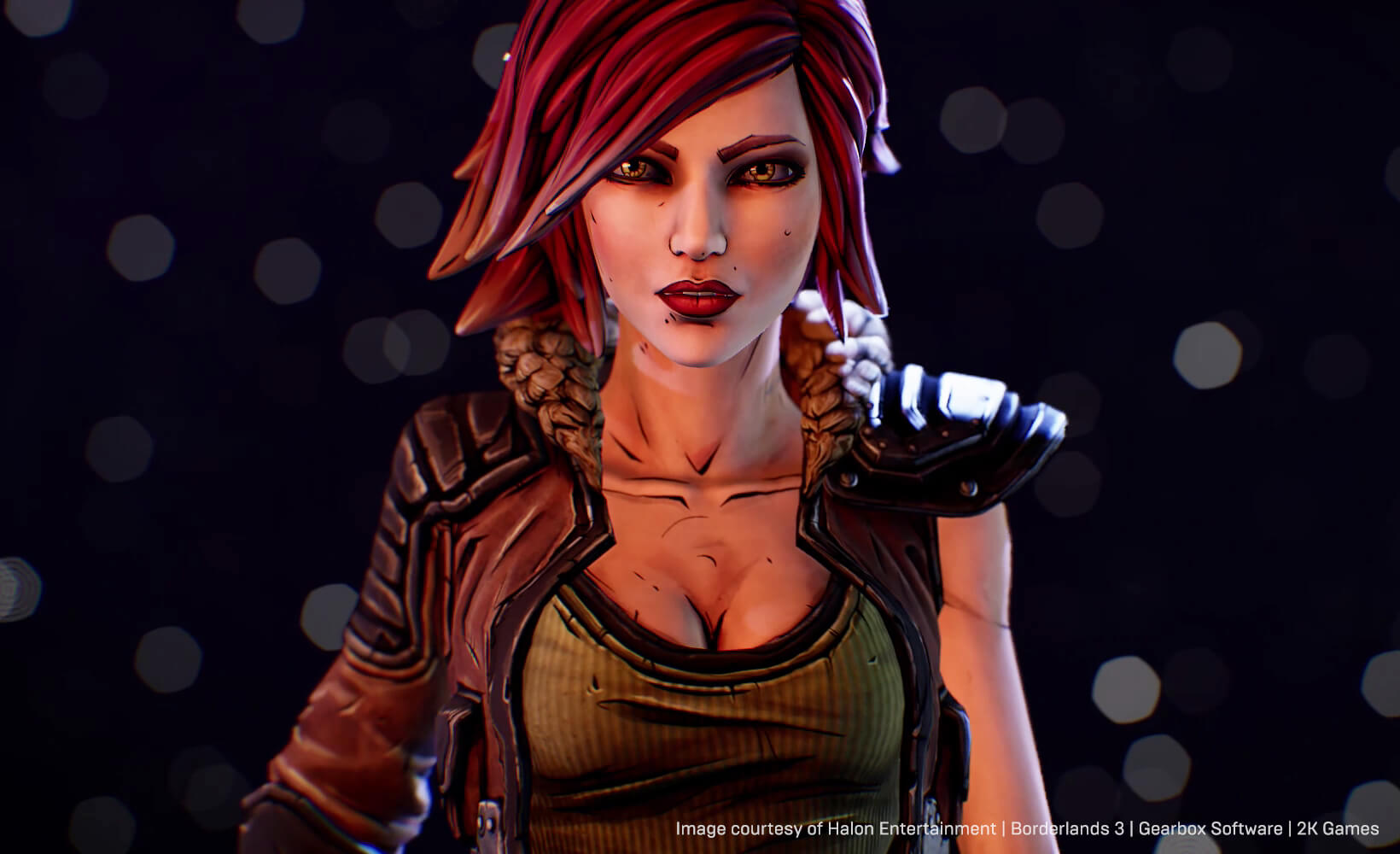 For his team, the creative freedom that fast iteration enables has been a game changer. “In the past when shooting virtual camera, I would shoot a shot, it would get saved, it would get baked out, and then maybe tomorrow I’d see it,” says Gregoire. “Then if I wanted to make a change, we’re like a day or more away from actually seeing the cycle of creativity to final.”

Halon’s commitment to real-time technology has meant that now it can see changes to shots instantly. “If I don’t like it, I can change it. Or if I love it, I can stop and move on to the next thing, to be much more efficient with my time and with the crew’s time,” says Gregoire.

And because the work produced is of such a high standard, it can be used for more than just conveying ideas. “Unreal gives us an easy bump forward in visual quality,” says Gregoire. “It allows us to create work that is so visually spectacular, people aren’t always sure whether or not it is the final product. Because of that, we’re in a much better position to create final-pixel content out of the engine for feature film, for TV, or for commercials.”

Want to iterate faster on your own projects? Download Unreal Engine for free!