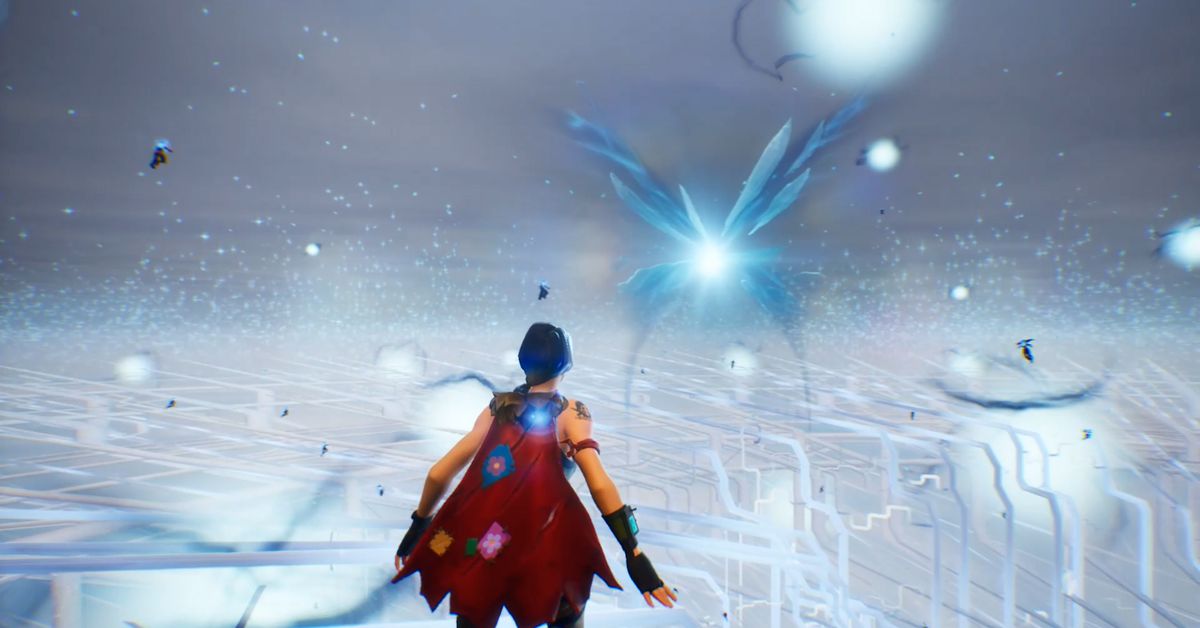 Fortnite’s Cube, which has been stomping around the map since late August, blowed up today, and it transported players to a bonkers alternate dimension where the normal laws of reality do not apply.

The far-out event was presaged by Epic Games telling players on Thursday they might want to be in-game at the conclusion of the Fortnitemares event – and if that wasn’t specific enough, to be in game at 1 p.m. today. Those who were got treated to the laser show above.

Players then found themselves floating around inside Xenu’s consciousness or something, I don’t know, catching ethereal butterflies. Once one alighted on their fingertips, they were taken back to our space and time and glided in over Fortnite’s new map, in which Loot Lake sports a new island at its center.

Loot Lake has been sort of the Cube’s base of operations since it showed up Aug. 24. It rolled in there in mid-September, turning its surface purple and bouncy and covered in the mysterious runes that accompanied the Cube’s arrival.

At the beginning of Season 6, the Cube emerged floating into the sky along with the island that had been at the center areas. A bunch of other weird stuff happened, leaving the island in pieces as the Cube started to crack and get darker. That led to today’s exciting conclusion.

Watch the video above to experience the live cube event for yourself.