HBO’s Euphoria is one of the most compelling television series of 2019, and one of the few current teen dramas that not only gets, but respects, today’s teens. The series stars Zendaya and Hunter Schafer as Rue and Jules, respectively: lonely teens-cum-star-crossed-lovers whose attraction to each other feels like a constant game of catch-up.

The series follows Rue, Jules, and a handful of other teens as they struggle with addiction, sexuality, abuse, and identity. Trans actress Hunter Schafer is the series’ breakout star: An advocate turned model turned teen drama star, she infused Jules’ storyline with her own personal experiences. Euphoria not only features other trans actors like Quintessa Swindell (Trinkets), but also explores gender and sexuality in a way that feels authentic to its audience.

According to Scott Turner Schofield, Euphoria’s trans consultant, that’s due to showrunner Sam Levinson’s earnest desire to listen to trans individuals and fairly and accurately represent their experiences on screen. Polygon spoke with Schofield about his consulting work on the series and the “contact high” of working on Euphoria.

Polygon: You wore a few hats during the production of Euphoria. Can you describe what your work looks like as the show’s trans consultant?

Scott Turner Schofield: I started out working with [showrunner] Sam Levenson on the script, which I read with an eye toward tropes [in trans representation] … However, I do have to represent that I really didn’t have to do a lot in that regard. Sam did something that I think is really important for artists to think about in telling the very truthful details of his own personal story. He was really open and collaborative with Hunter [Schafer] so that she could mold those details in a way that felt true to the story that she wanted to tell for Jules.

I’m always very quick to say, you can’t just find any trans person and think that they’re going to tell a good trans story, because we are all completely overwhelmed by mainstream culture and the tropes [about trans people] it tells us — even trans people. But the difference with Hunter is that she was already an activist. She’s a very articulate trans woman and she already understands these things. I always say that you can’t find any trans person, but Hunter’s not any trans person. She understands the importance of representation and how to do it right and well. Their powers combined made my job really easy in that regard.

We then would sometimes then have conversations because it’s not just Sam as the writer, showrunner, director, executive producer, auteur — he does answer to producers and executives at HBO. We would have to explain things to the people much higher up who have a say in how the story gets told. There was a push to sort of really name the labels, whether it was Jules’ labels or to label Jules’ and Rue’s relationship in a way that isn’t really how we do things anymore. So we had to explain that it would be much more authentic to the world that we’re representing to not do that. 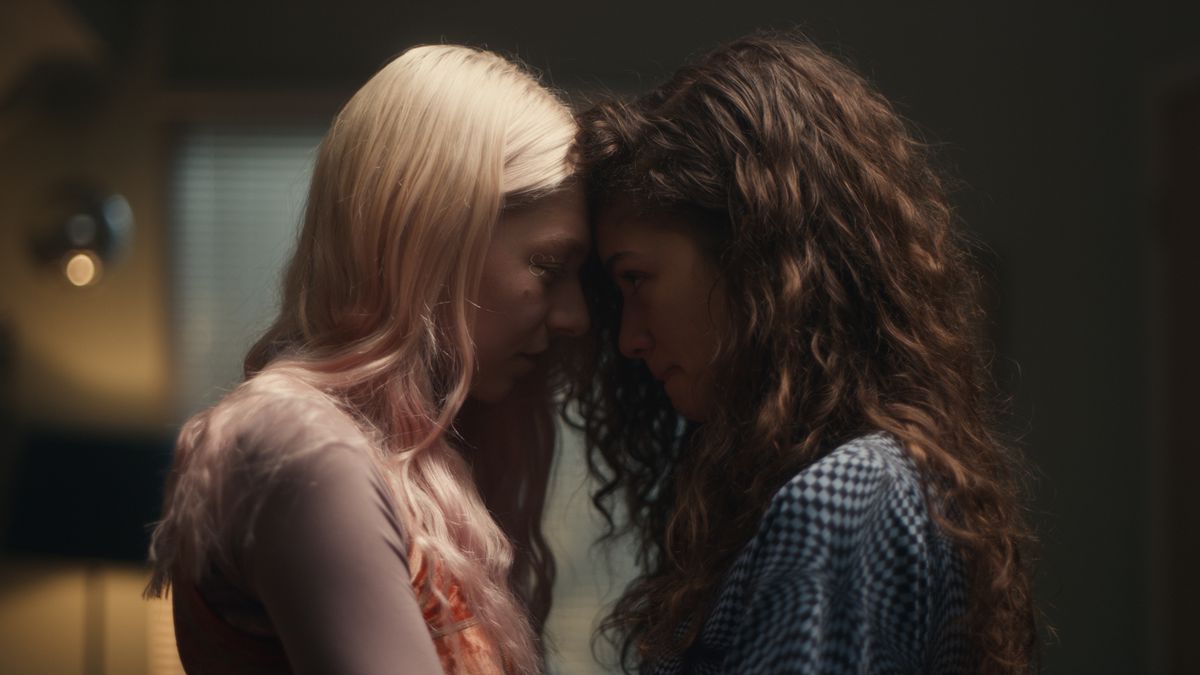 So there was that piece of my role as sort of being a content subject matter expert. Then, I came on set and I worked with everybody in the crew. They were super open and willing. Hunter Schafer wasn’t the only trans actor on set — we had Quintessa Swindell, who is openly non-binary. I had to work really carefully with their costumes and the head of wardrobe; we wanted to make sure that Quintessa felt really seen as non-binary person.

For instance, there’s an intimate scene between [Quintessa’s character, Anna] and [Schafer’s character, Jules] in episode 7 that was a collaboration with the intimacy coordinator. We wanted to make sure that everybody knew the writers and were showing and doing what they would and would not want to do. Also, for me to make sure that Hunter and Quintessa felt like their genders were seen and represented properly. It’s bonkers because it’s a 30-second flash of scenes, but it took an hour and a half to do and a lot more time for us to really negotiate. My job was to take what I know about being an actor and what I know as an advocate and as a media expert, and make sure that both the actors got what they really needed and were seen the way that they really wanted to be seen and heard and that the audience got the benefit of the representation.

“It was sort of high and nitty-gritty level work”

I mean, it took everything: teaching people how to use they/them/their pronouns as a singular; making sure people understood that trans women are women; if someone asks you where to go to the bathroom, this is where you go. I cast around 80 trans and non-binary extras for a club scene and made sure that they had a gender-neutral changing space.

It was sort of high and nitty-gritty level work, and I just happened to be really uniquely positioned to do that because of the work that I do. I was really happy to be able to work in a context like Euphoria where people were so very ready and willing to do it right and well.

Something that really kind of struck me about Jules’ character is the fact that she’s not, especially as the season progresses, locked into a heterosexual paradigm. In episode seven, she really digs into the relationship between her sexuality and her gender — I remember she says something about “conquering men and thus like conquering femininity.” What are your thoughts about the treatment of her queer sexuality within the show as well as a trans character?

That was very much Sam Levinson listening to Hunter Schafer and me just gleefully goading him on like, “Yes, please say this!” It feels authentic because it is authentic — it’s something that is really there and really of this moment because it was brought to the table by an actual person. That the major honor that I give to the show. They really listened and they really represented as opposed to appropriating it for the sake of being trendy and looking cool, and you can always tell when shows do that because [the representation] is never quite right. 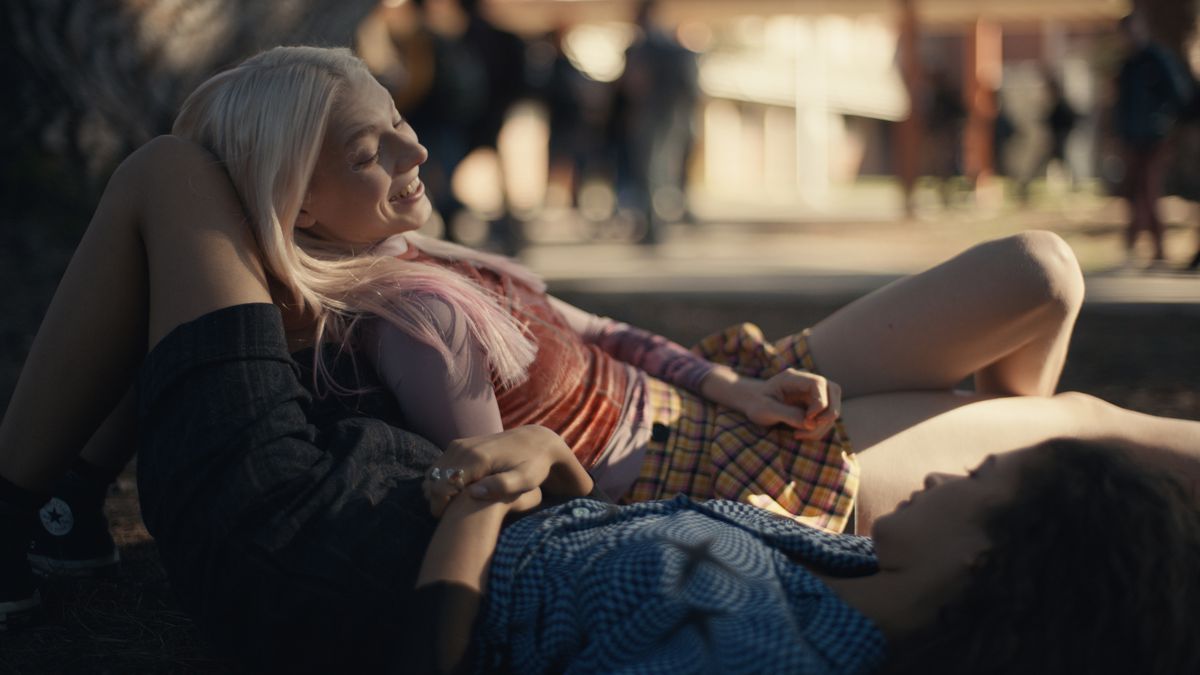 Having that kind of communicated authenticity combined with the fact that Jules’ narrative is only barely tied to her trans identity — what do you think sets her character arc apart from other trans narratives that we see on TV?

What we see on TV right now is very much where our mainstream culture is. It’s every cisgender person dealing with the “Trans Person Being Trans,” and the trans person’s only narrative is transition, which … would only ever be showing television shows about teenagers. And I get it — it’s dramatic and interesting and there’s a lot of great TV drama there, but come on, catch up. We have life beyond this, and that’s what we’re seeing with Jules. Her narrative is complicated. It really brings people up to their stuff because it’s not a narrative that they’ve seen before. That’s why it’s good. It’s because that narrative was listened to.

What I see happening in most other places is that even if we do listen to a trans actor and let them bring their own story, it’s still mitigated through other people’s control. They look at it and decide how they want to deal with us. What I love about [Euphoria] is that it just broke through all of that. There’s no take on us — it’s on our own terms. 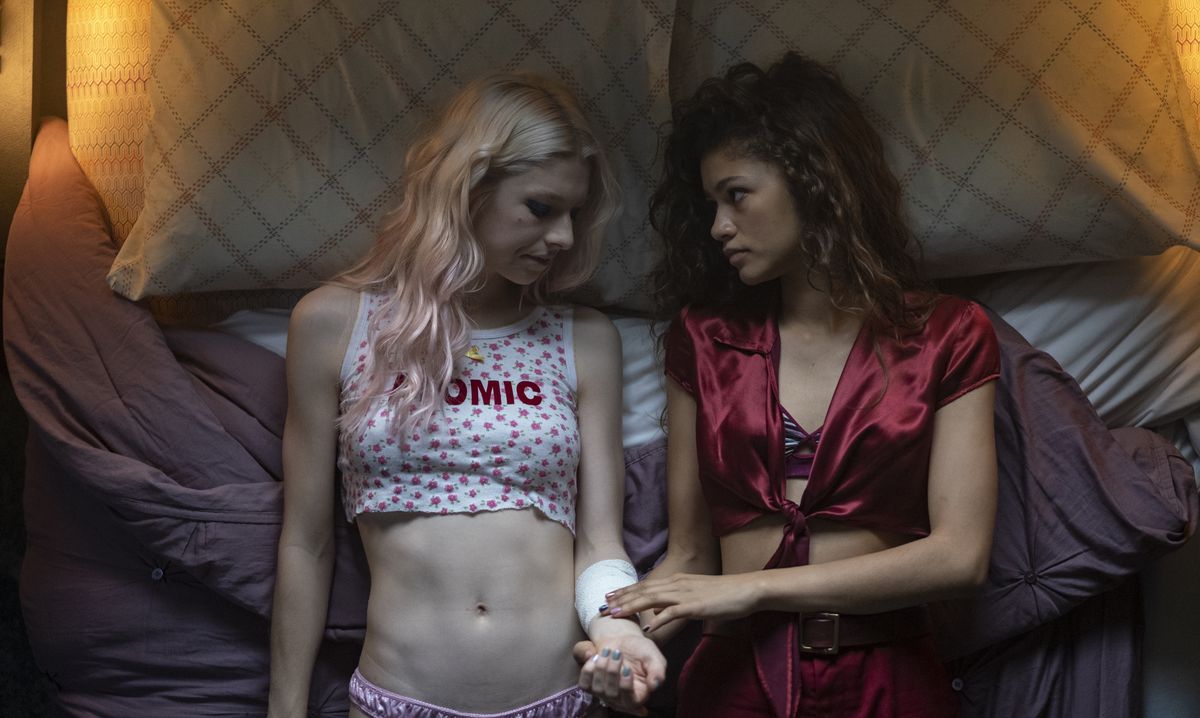 That was the real joy of working on it. Being listened to as a trans person is a powerful thing in and of itself. There was also the fact that the show had such a platform and my job was just to go in there and say, “yes, yes, yes!” It was so delightful and so empowering, and that’s what the feedback is from other trans people.

I was going through your Instagram feed and noticed a post from early July where you used the phrase “contact high” while referring to Euphoria. Can you explain exactly what that means?

“That was the true moment of real trans infiltration”

I would go on set and see this representation that just felt so true and so right. I’d have these conversations with Sam and Hunter and Quintessa and Bobbi [Salvör Menuez]. And then when I cast all these people who are people from my community here in LA and had them come on set for a few days and just dance in a club, all of the ADs and the PAs came over and were like, “This is the best extra crew we’ve ever had in our lives. They clap at the end of every take. They’re so enthusiastic and warm.” That was the true moment of real trans infiltration, you know what I mean?

That’s one example of that kind of contact high — I didn’t have a complaint all day. I felt really protective of the [trans extras] and was worried that someone was going to misgender them and things were going to become problematic. They were totally happy to be there and contribute to something.

I said to them, “Look, I have a long career of doing this work. I don’t trans-wash things. I don’t come and just put my brand on top of something and say it’s OK. I wouldn’t be doing this if I didn’t think that this was an amazing show doing something really different for trans representation.” I really put myself on the line like that, and to feel totally trusting — that was a high.

I also think about when I watched episode 4. Sam took me to the edit booth and showed me the opening to episode 4 where Jules is a child, and it’s really hard. She’s in a mental institution for self harm. And the thing is, like … the self-harming isn’t about Jules being trans, except that of course it is. Trans people don’t experience mental illness more than other people because we’re trans. It’s a symptom of what you do to us because we’re trans. With words, that was not said in any way. It was just in this pink football jersey that little Jules was wearing. And I burst into tears watching it, because that kid was me, except in blue. And that Sam got that so right without words, just got it completely spot on … that was the greatest high, better than any drug I’ve ever used. 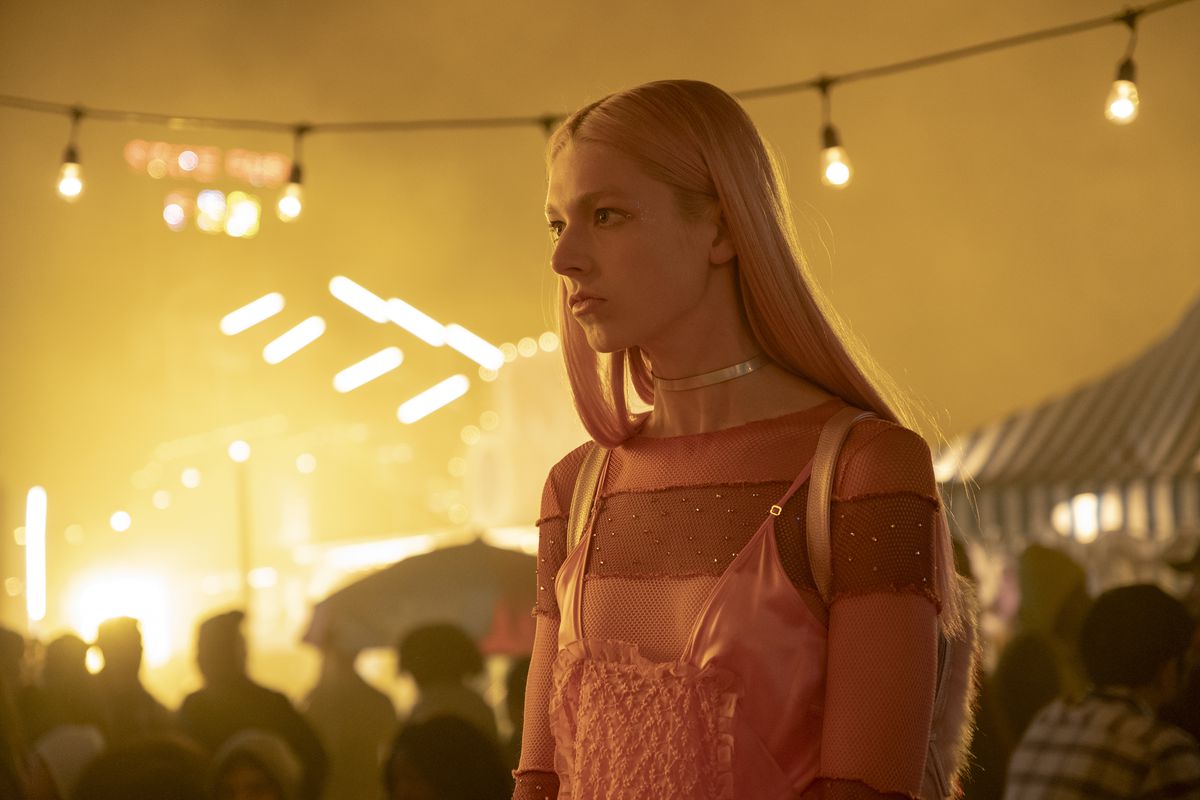 I felt really honored to be chosen to take the job, and I think that the moment when it happened was this moment after we were given the first four episodes to read and talk to them about.

I said [to Sam Levinson], “Jules is the one who gets herself more than anybody else on this show. I truly believe that the thing that makes cis people love and admire trans people so much is the fact that we understand something really deep about ourselves, and that’s actually really special. I see Rue as being in love with Jules because Jules has the self-knowledge that Rue lacks, and that’s what’s really at the base of their love for one another.”

I think that’s when Sam kind of sat back and was like, “You want this job?”