“With today’s announcement, we’ve reached our $5 million goal for the Unreal Dev Grants program. As we look back at the list of those we’ve been able to support throughout the years, we can’t help but feel deeply honored to have played a part in the stories of hundreds of projects,” said Chance Ivey, Partnership Manager at Epic Games. “We remain inspired by the talent and dedication that the Unreal Engine community continues to exhibit, and look forward to where everyone will take things next. Though Unreal Dev Grants is now behind us, it’s not the end of our ongoing support. Tune in to Epic’s State of Unreal opening session at GDC for more information.”

The goal of Unreal Dev Grants has always been simple: To empower talented artists, designers, and programmers to build upon their outstanding work in and around Unreal Engine 4 while alleviating financial stress.

To celebrate the incredible work that has thrived as part of the program over the past four years, Epic has released this highlights reel:

In addition to numerous stealth projects, the latest Unreal Dev Grant recipients are: 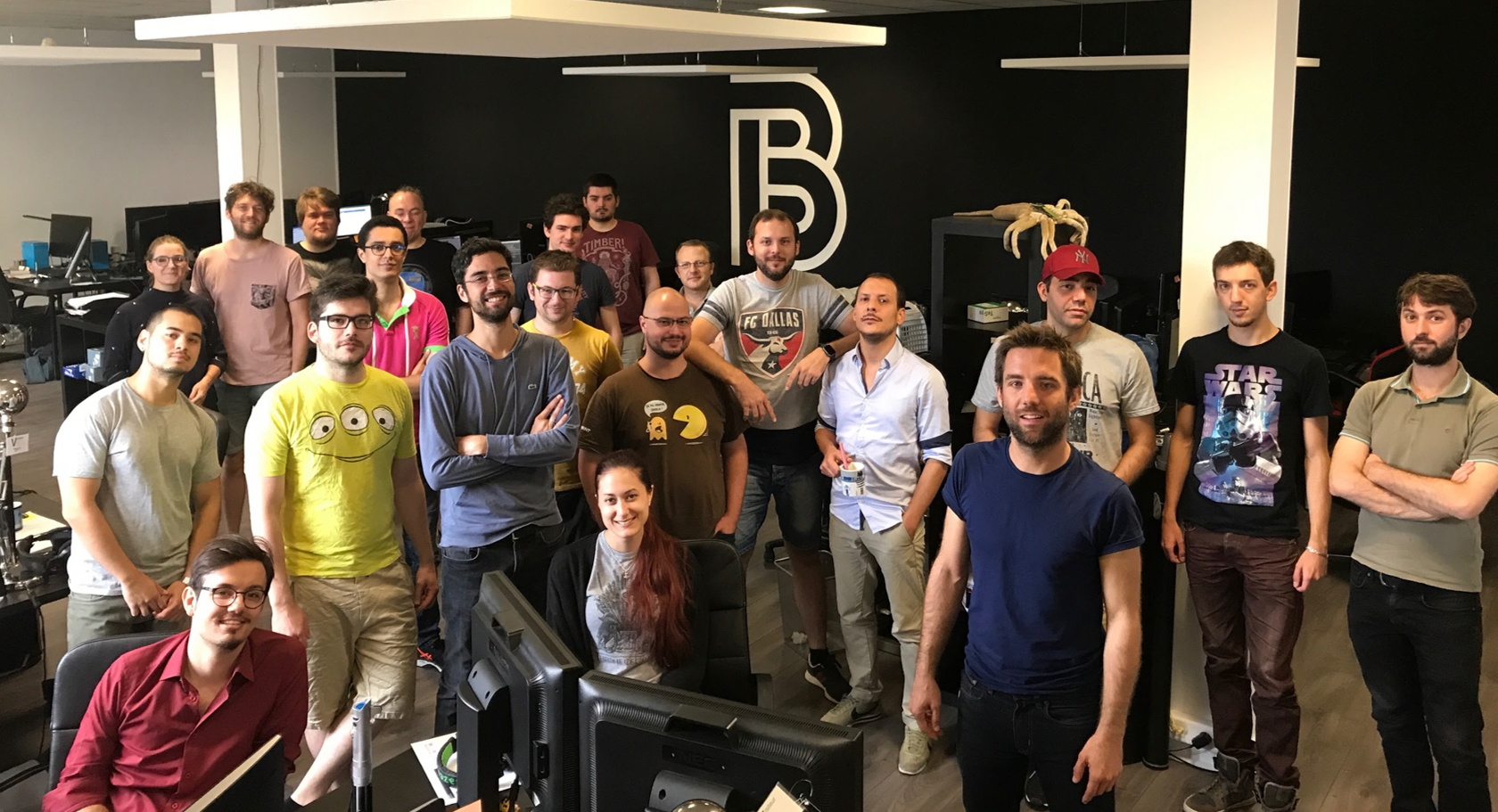 VR GAME: Eclipse – 4D Virtual Reality by BackLight — Website
Founded in 2008, BackLight traces its origins back to the passionate musings of two video game professionals who forged their own animation studio. Jonathan and Frédéric channeled their passion for film and images to create 3D animated films that eventually found their way to TV advertisements. Unreal Engine has powered multiple projects for this talented team of innovators, including their hyper-immersive, collaborative 4D experience, Eclipse. They continue to push the boundaries of real-time 3D animation in their upcoming unannounced project, which is also built with Unreal.

EDUCATION / INDEPENDENT GAME: BioStories by Bio-Bridge Initiative — Website
Biostories is a new interactive series that aims to raise awareness of biodiversity. Initiated by the Secretariat of the Convention on Biological Diversity, the multi-chaptered educational games are being created by two experienced game developers, as well as a team of motivated students from ISART, a leading interactive technologies university in Montreal, Canada. Passionate about sustainability, they hope to evoke change through the medium of interactive media. BioStories Chapter 1 – The Rhinos is expected to release later this year. 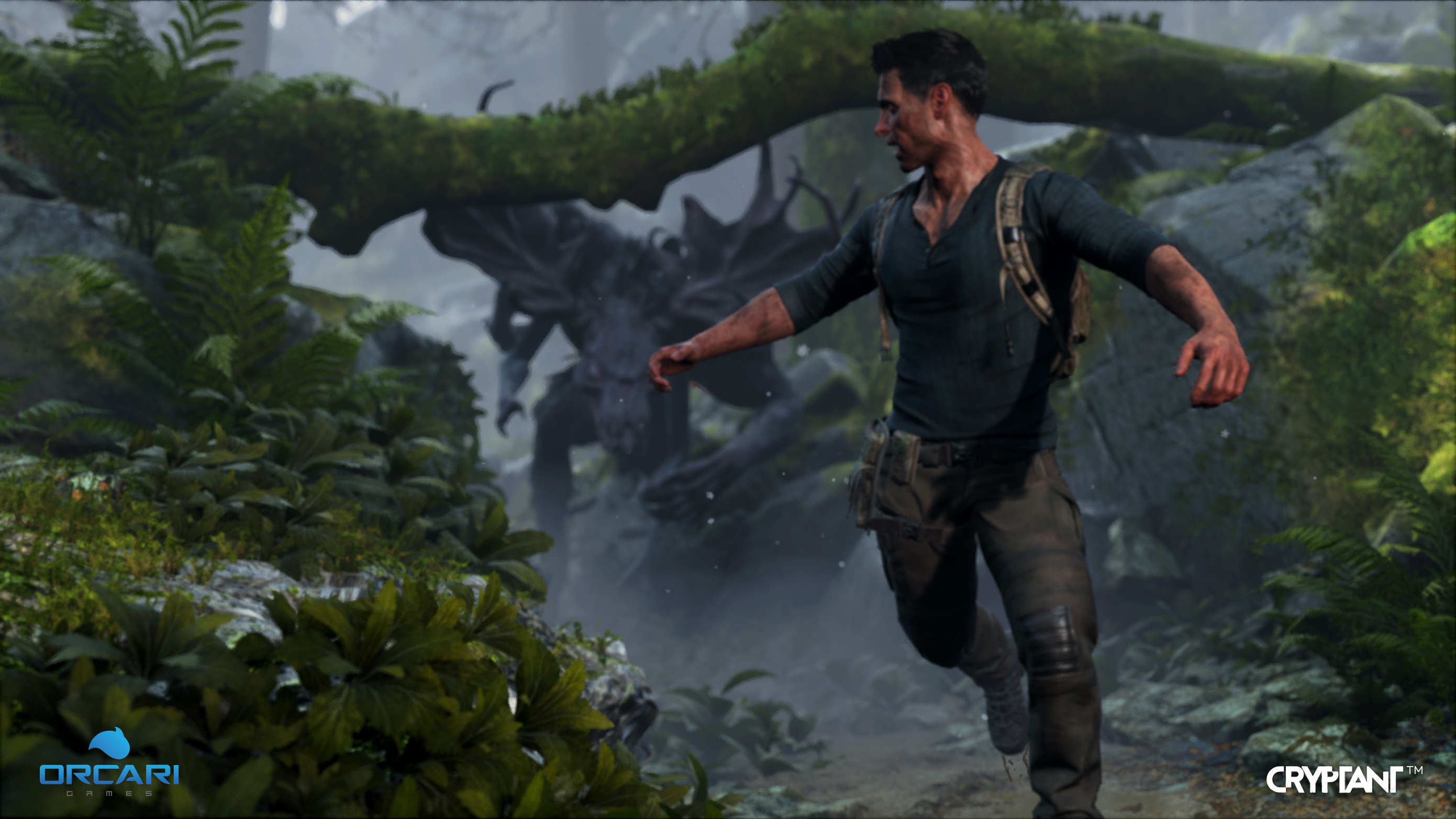 INDEPENDENT GAME: Cryptant by Orcari – Website
Orcari’s Cryptant is an upcoming survival-horror game that is as realistic as it is frightening. Sporting AAA visuals and a dynamic, fully-simulated ecosystem, players must navigate the looming forest canopy, carefully avoiding the treacherous creatures that lurk within. Unite with friends in asymmetrical multiplayer or brave the terrors on your own in single player as Cryptant’s ominous tale unfolds through environmental storytelling.

INDEPENDENT GAME: Eximius: Seize the Frontline by Ammobox Studio — Website
Eximus: Seize the Frontline is an inventive new take on war from Ammobox Studio that combines the shrewd tactical gameplay of RTS with the skill-testing combat of a first-person-shooter. Build bases, train troops and utilize support abilities as you call down assistance for your units as a strategic Commander. Or, take the battle to the enemy on the ground as an Officer, where you lead your squad into conflict, capturing resources and crushing your foes through the combination of agile maneuvers and brute force. Ammobox Studio is a trailblazer in the Malaysian development community, where they’re heavily involved in both education and private consulting. This project also represents one of the very first Unreal Engine 4 games to be released on PC in Malaysia. Eximus: Seize the Frontline is available now on Steam Early Access. 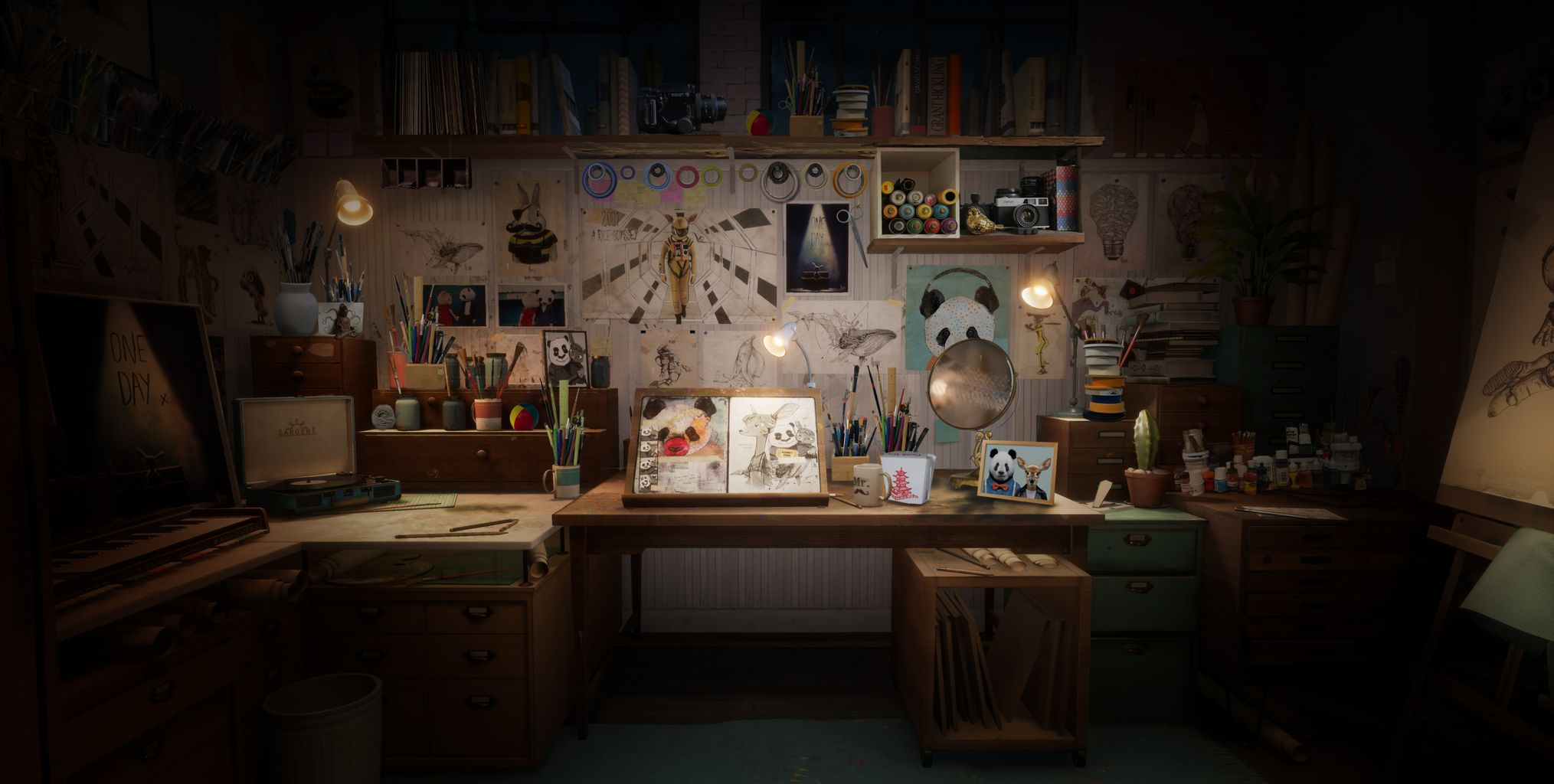 FILM / VR CINEMA: Glimpse from Mr. Kite – Website
Glimpse is an animated VR short that observes the deep and profound heartbreak that remains following a failed relationship. Mr. Kite’s award-winning co-founders Benjamin Cleary and Michael O’Connor transplant players into the panda body of Herbie, an artist locked away in both his studio and his melancholy following the disbanding of his relationship with Rice, a pretty deer, and his long-term partner. Interact with Herbie’s expressive art as you soak in emotional dialog, painting the bittersweet tale of their ill-fated romance.

INDEPENDENT GAME: Kingshunt from Vaki Games – Website
Supporting up to 100 players per match, Vaki Games’ Kinghunt utilizes the power of SpatialOS to provide online multiplayer battles at a colossal scale. One team must defend their base by building towers, while the other attack with a legion of minions. Kingshunt is a fantasy epic that combines the genres of third-person action, tower defense and real-time strategy to create an entirely new style of gameplay.

ANIMATION / MEDIA & ENTERTAINMENT: Meta Runner by Glitch Productions – Website
Meta Runner is a new animated web series from Glitch Productions that tells a story of a universe where video games, speedrunning and esports are everything. A cyborg girl named Tari finds herself in the crosshairs of world-class Meta Runners, as she discovers her ability to warp into video games. Glitch Productions, based in Sydney, Australia uses Unreal Engine to create stunning visuals and immersive storytelling. Their previous work includes the Machinima show and YouTube channel; SMG4 — which has accumulated over 3 million subscribers and 1 billion views. Meta Runner is currently slated for 10 episodes scheduled to release in July 2019 on their YouTube channel. 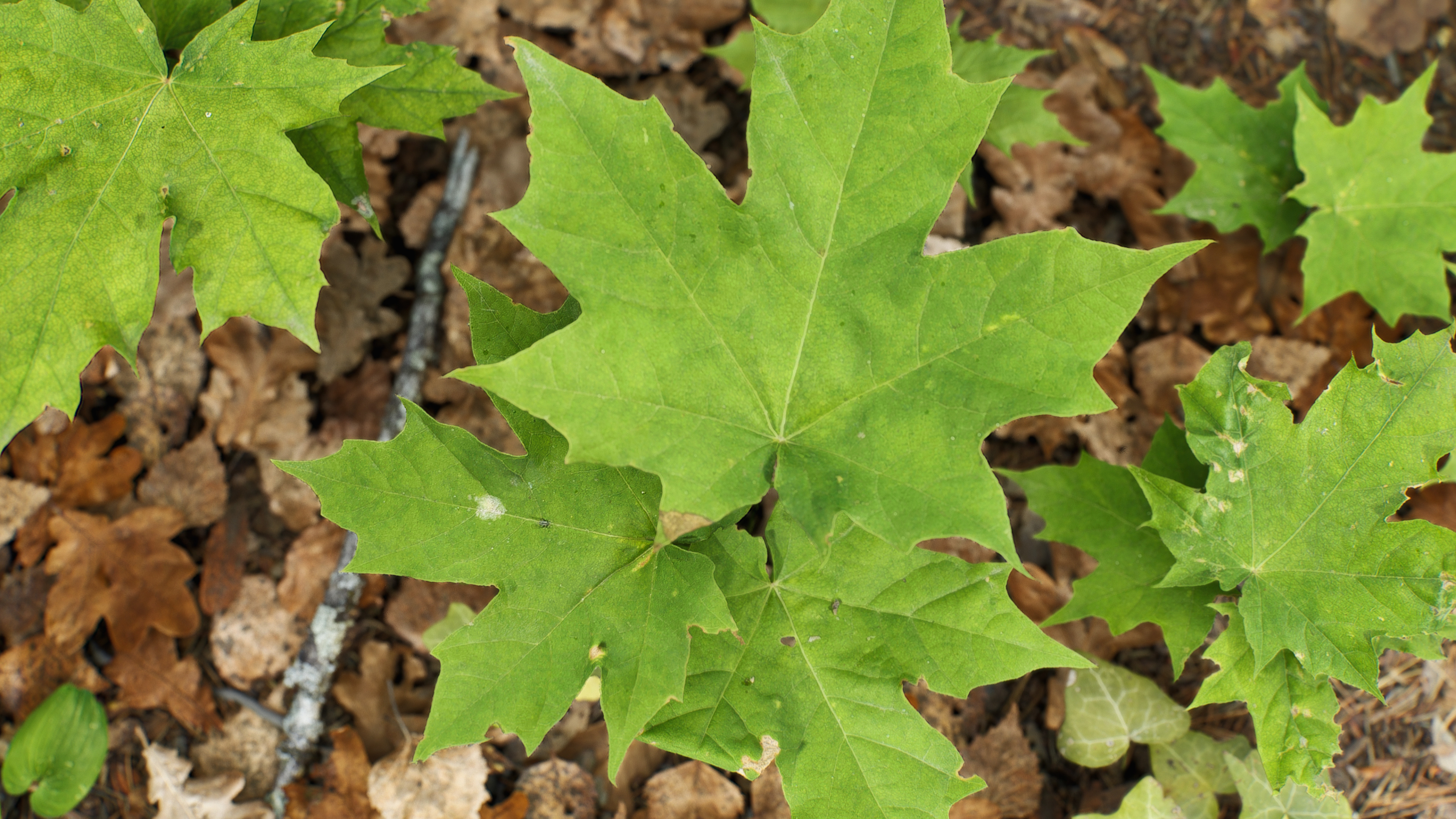 INDEPENDENT GAME: Polter Pals by Split Hare Games – Website
Polter Pals by Split Hare Games is a game about sprucing up your social life in the afterlife. Playing as a lonely ghost, use your paranormal power of possession to steer the living into deadly hazards, forcing them to join you in the party of the literal eternity. Equal parts colorful, creative and morbidly hilarious, Polter Pals is truly a game like no other. Expand your social circle today on Itch.io.

VR GAME: Project M from EVR Studios – Website
Forge digital relationships in Project M, an interactive VR experience from Korea’s EVR Studio. In this narrative-driven adventure, you’re encouraged to interact and build friendships with the game’s hyper-realistic non-player characters. Combining responsive artificial intelligence with high-quality 3D scanned images, EVR Studio uses Unreal Engine 4 to blur the lines between the real and digital creating characters that are recognized as being some of the very best in VR today. Preview Project M’s fidelity yourself via Dream, a teaser available now on Steam.

VR GAME: SnapClick: Fossil Diggers VR by The Orphanage — Website
SnapClick: Fossil Diggers VR is a new puzzle game from Australian studio The Orphanage. Play as a paleontologist on the hunt to find proof that dinosaurs once existed. Travel to remote locations, explore environments, find fossils and piece them together. Uncover the truth behind the lie: that these magnificent beasts hold the key to understanding our past—and a warning for our future.

INDEPENDENT GAME: The Forgotten City from Modern Storyteller — Website
The Forgotten City from two-person studio Modern Storyteller takes you through the underground layers of a mythological Roman city as you unravel the layers of a mystery that has left 26 explorers dead. Delve into an intricate labyrinth as you interrogate characters, make difficult moral choices and exploit a time loop Groundhog-day style in attempts to solve this interpersonal-puzzle. Originally beginning life as a mod with over 2 million downloads, The Forgotten City was awarded a National Writers’ Guild Award, and would later go on to win an Unreal Underdog Award at E3 2018 as a standalone title. The Forgotten City is scheduled for release on Xbox One and Steam in late 2019.

TOOL / SIMULATION & TRAINING: TrianGraphics by TrianGraphics GmbH — Website
Triangraphics has been providing a professional toolset for 3D environment generation based on GIS data since 2007. Their software, Trian3DBuilder, covers tools for the generation of flight, driving, and maritime virtual landscapes including automatic airport, road network, and pier construction. Its functional editing tools are used to polish virtual environments based on GIS dataset. Adopted by major simulation providers, the workflow is designed to easily create large landscapes with rich detail in a short amount of time. The upcoming Trian3D Unreal Engine Exporter harnesses these functionalities and outputs ready-to-use UE4 scenery. The first public demonstration of the Trian3D Unreal Engine Exporter will be at ITEC 2019 in Stockholm.

VISUAL DESIGN: Virtual Helsinki by Zoan — Website
Become a virtual tourist in Virtual Helsinki by Zoan. Take in the sights and sounds of Finland’s beautiful capital from anywhere in the world in a high-fidelity digital recreation that includes several of the city’s most storied landmarks, including its illustrious Senate Square. Recipients of an Unreal Award for Experience Design in 2018, Zoan hope to provide an interactive platform that extends real-world travel, tourism, retail and more into through the accessible realm of VR. Visit Virtual Helsinki’s website for more information about when you can schedule your first virtual vacation.

For more information on what comes next, tune in to Epic’s annual State of Unreal opening session of GDC at 9:30AM PT on Wednesday, March 20, via the livestream at Unreal Engine YouTube, Twitch and Facebook channels.