Today Epic Games announced the latest recipients of Unreal Dev Grants, a $5 million fund supporting developers working with Unreal Engine 4 (UE4). This new round awards $800,000 to more than 30 individuals and teams, with no restrictions or obligations to Epic Games. As with previous rounds, these recipients illustrate the wide variety of use cases for UE4, including independent games, interactive visualizations, virtual reality surgical simulators and online learning resources. 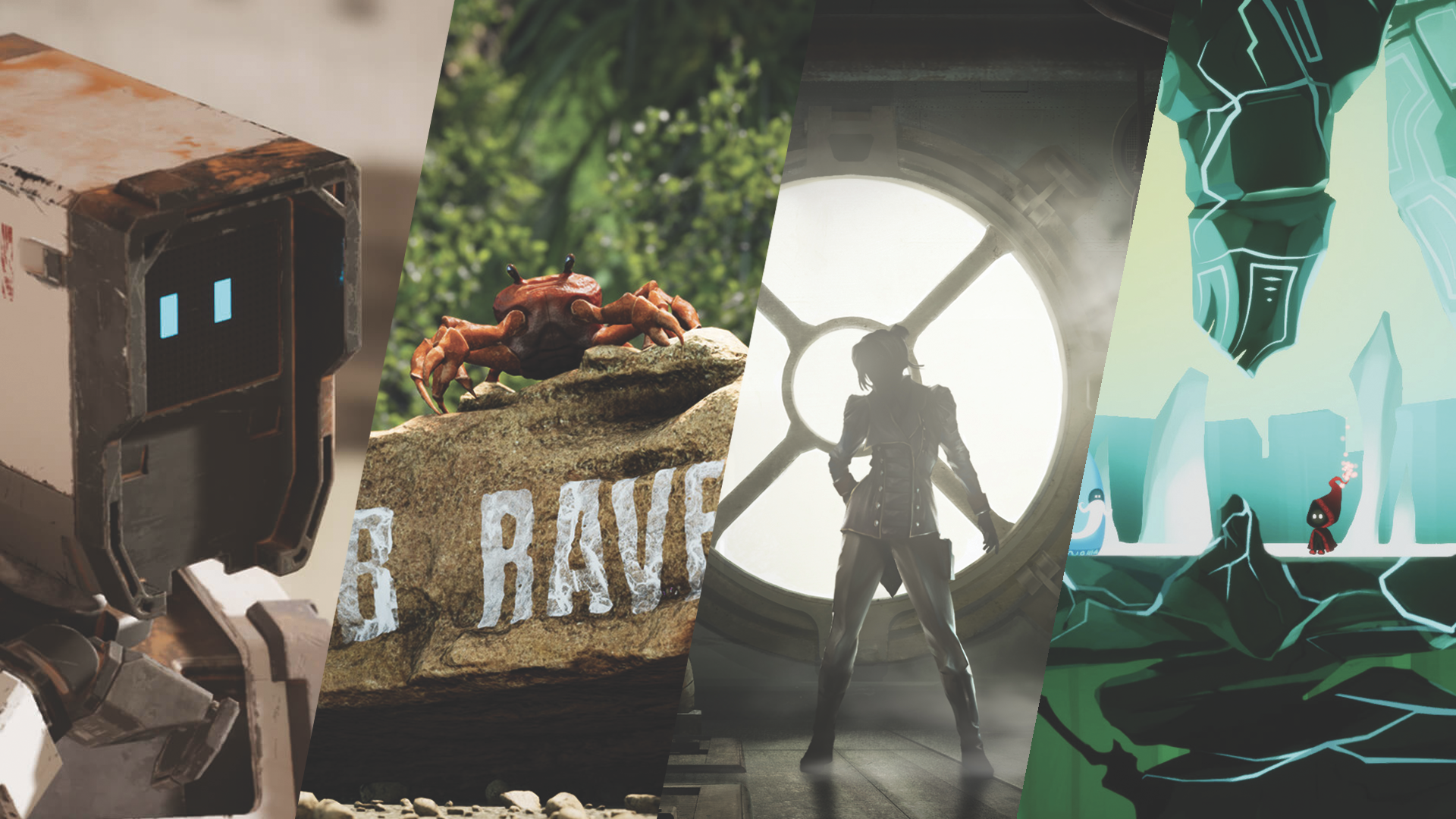 “The Unreal Dev Grants program has a simple goal: to help talented developers succeed by letting them focus more on their project and less on their bills,” said Chance Ivey, Partnership Manager at Epic Games. “We’re continually amazed by the range of applications built with UE4 and the potential of so many of these projects; this round includes standouts such as Sojourn by Tierceron, Crab Rave by Noisestorm, and VR Cataract Training Solution by Surgical Mind. Congrats to all of these folks for their vision and persistence!”

The latest round of Unreal Dev Grants recipients includes:

FILM / CINEMA: 100 Flowers of God (working title) by 3rd World Studios – Website
3rd World Studios is the Pakistan-based creator of the first animated feature-length film rendered entirely in UE4, Allahyar and the Legend of Markhor, which was released in February to critical acclaim. This Unreal Dev Grant is meant to accelerate 3rd World’s future film projects.

FILM / CINEMA / VR: Awake: Episode One by Start VR – Trailer
Created by Start VR, Awake: Episode One is an interactive cinematic virtual reality experience for HTC Vive and Vive Pro. Awake: Episode One, which uses the latest volumetric capture techniques to bring real-life human performances into VR, officially premiered at SXSW and has been touring the festival circuit ever since. It’s coming soon to Steam.

INDEPENDENT GAME / AR: BOT-NET by Calvin Labs – Website
BOT-NET is a game that turns physical space into a first-person battlefield using a mobile device’s AR features. Massive robots fight while the player engages in ground combat with smaller robots. BOT-NET is available in the App Store.

TOOL / PLUGIN: coreDS Unreal by ds.tools – Website
coreDS Unreal facilitates integration of both High-Level Architecture (HLA) and Distributed Interactive Simulation (DIS) in UE4 games and applications. Users can integrate once and support HLA and DIS without any other modifications to their UE4 application. coreDS Unreal provides an extensive feature set that eases the integration process, allowing for reduced implementation time, flexibility and highly customizable simulation behavior.

INDEPENDENT GAME: Farm Folks by Overgrown – Trailer
Farm Folks is a successfully crowdfunded farming simulator game with a nod to the classic Harvest Moon series. Players can explore Softshoal Island, grow crops, raise livestock, build relationships and more – all the while uncovering the island’s mysteries. Farm Folks, coming to PC, is available for pre-order on Crytivo.

INDEPENDENT GAME / VR: Jupiter & Mars by Tigertron – Website
Jupiter & Mars is an underwater adventure game for PlayStation 4 and PlayStation VR with a powerful message around climate change set in a shocking, future world inspired by ecological events happening now. The player controls Jupiter, a dolphin with enhanced echolocation powers, traveling around the world with AI companion Mars to disable the man-made machinery disrupting marine life, while solving puzzles and encountering magnificent creatures along the way.

INDEPENDENT GAME / VR: Kaisuo by USC Games – Trailer
Kaisuo is a VR puzzle game in which players use fine motor dexterity to solve enigmatic Chinese puzzle boxes and unlock surreal, extraordinary spaces. Originally founded as an undergraduate student project named Lantern (now the name of the development team) at the University of Southern California, Kaisuo has been showcased at events such as the USC Games Expo and Indiecade @ E3, and is in development through the USC Bridge incubator program for full release on the Oculus and Steam stores.

INDEPENDENT GAME: Koral by Pantumaca Barcelona – Steam
Developed by Carlos Coronado, one of Barcelona’s leading UE4 experts, this beautiful PC game takes players on a dive through the underwater world where they play as the current on a mission to revive coral reefs. Solving puzzles heals the reefs and replenishes the ocean’s magic. In addition, Carlos’ new training materials on going from zero to expert in UE4 have marked Udemy’s most successful launch of a Spanish game development course in the site’s history.

INDEPENDENT GAME: Mowin’ & Throwin’ by House Pixel Games – Steam
Available via Steam Early Access, Mowin’ & Throwin’ is a local multiplayer mashup of Bomberman meets Splatoon with a dash of Overcooked. Players control lawn gnomes in a race to wreck their opponent’s yard while keeping their own pristine. Victory goes to the best looking lawn! Mowin’ & Throwin’ is coming to party game collections for Nintendo Switch, PlayStation 4 and Xbox One in 2019.

TOOL / PLUGIN: Optim by Theia Interactive – Website
Currently in alpha, the Optim plugin applies an accelerated workflow methodology to Unreal Engine’s Datasmith suite of tools and services for enterprise markets. Leveraging the efficiency of Datasmith and the power of Python, artists and designers can use Optim to visualize and customize their Datasmith import process for further optimization.

INDEPENDENT GAME / VR: Planetrism VR by Planetrism Team – Gameplay
The future of humankind leads to the distant stars in this VR and PC adventure developed by Finnish duo Kimmo Kaunela and Mike Laaksonen. In Planetrism, players follow the opportunity of a lifetime to lead colonization on an uncharted planet, encountering untold mysteries while building a future for generations to come.

FILM / CINEMA: Robots’ Design Academy by Eric Liu – Blog
A student film by Eric Liu, this 12-minute cinematic highlights the art of the possible when a single person sets out to do something wonderful. Powered by the drive and passion to create something spectacular, Eric created a wordless tale about creativity and daring to be different. It follows a robot student learning to design after most of humanity has become extinct from some unknown apocalypse. Dismayed by the institution’s insistence on strictly copying human creations perfectly, the droid protagonist sets out to design something bold and unique with the help of a newfound human pal.

LEARNING RESOURCE: Russian UE4 Lessons and Community – Website – YouTube
This incredible volunteer-driven resource for the Russian development community has been in operation since the public launch of UE4 in 2014. Featuring translations of exhaustive release notes for dozens of major engine updates, along with hundreds of localized tutorials — all created independently, and freely shared online — the group has well over 50,000 members across their networks, which also include popular Unreal Engine Discord and VK channels.

INDEPENDENT GAME: S.O.N by RedG Studios – Website
S.O.N is a modern-day psychological survival horror game in which a father searches for his son who has gone missing deep in the Pennsylvania forest, better known as South Of Nowhere. In a world where fear takes control and the past is never erased, questions linger around what demons will be faced to get back a loved ones. S.O.N is coming to PlayStation 4.

INDEPENDENT GAME: Spellbreak by Proletariat Inc. –  Website
With talent from game studios such as Harmonix, Turbine and Insomniac, Proletariat is bringing a magical twist to battle royale. Currently in pre-alpha on PC, Spellbreak puts a new spin on the genre with its fantasy art style and powerful magic spells that can be explosive when used in combat.

FILM / CINEMA: The Abyss by Kemal Günel – Video
This real-time short film depicts an ominous scenario aboard a desolate spaceship. Built using Kemal’s assets that are available on the Unreal Engine Marketplace, the project is also the basis for his popular UE4 Lighting tutorial series, which has 35 videos and counting.

INDEPENDENT GAME: The Cycle by YAGER – Website
Currently in Closed Alpha, The Cycle is the latest FPS game from Berlin-based YAGER. Up to 20 players go head to head to fulfill contracts during matches about 20 minutes in length. The Cycle is planned for PC release in early 2019 with support for consoles to follow.

AR / VR: The Hydrous presents: Immerse – Website
Jason McGuigan and his team at Horizon Productions have been on the bleeding edge of XR for several years, with a library of AR and VR projects built with UE4 under their belt. A pre-release version of Immerse took the stage at the recent Trojan Horse Was a Unicorn gathering in Malta presented by Dr. Erika Woolsey, CEO of the Hydrous. The Hydrous’ mission is to create open access oceans by bringing conservation education to the masses. Horizon also presented a high-fidelity VR art gallery created in Unreal Engine that featured almost 100 paintings by some of the world’s leading digital artists.

TOOL / PLUGIN: Tools and Plugins by VR Professionals – Video – Website
Russia-based VR Professionals are on a mission to create more affordable and accessible “out of the box” solutions for VR training and education using UE4. Having identified a desire for UE4 apps to be more deeply integrated into enterprise ecosystems, e.g., SQL databases, analytics, reports, LMS and CRM systems, VR Professionals are developing UE4 tools and plugins to help organizations streamline their use of B2B apps faster and with lower costs.

INDEPENDENT GAME: Unbound: Worlds Apart by Alien Pixel Studios – Steam
Unbound: Worlds Apart is an atmospheric 2D puzzle platformer in which the player can conjure magic portals to travel between different realities and learn more about a catastrophe that has ravaged his world. Inside certain portals, the physical properties of the character or world elements can change, offering new gameplay possibilities. A dark fairy tale with a cartoonish style, Unbound: Worlds Apart is planned for release on PC and consoles in 2020.

To learn more about Unreal Dev Grants and to apply, visit: http://unrealengine.com/unrealdevgrants