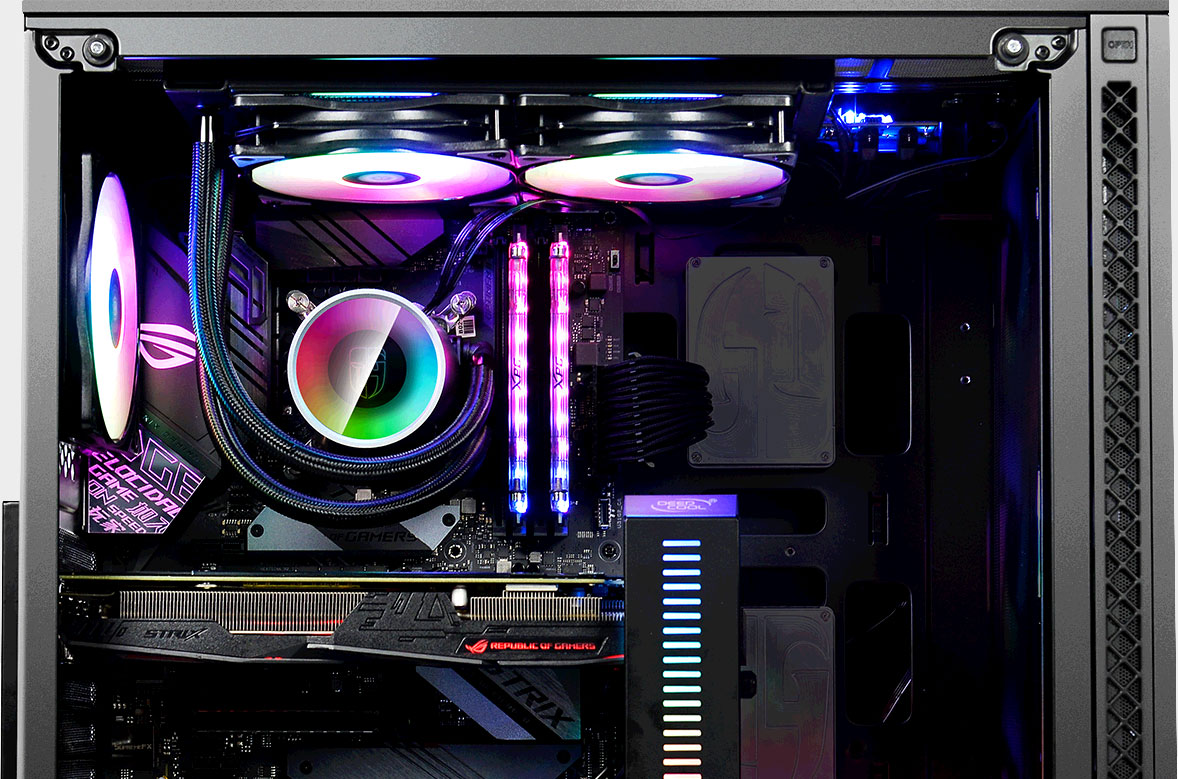 All liquid CPU coolers should implement anti-leak technology, and to some extent, they do. DeepCool, however, spent three years developing a patented anti-leaking solution found in its newest Castle 240RGB V2 all-in-one liquid cooler that utilizes a pressure relief bag to avoid spillage.

This elastic bag sits inside the 240mm radiator with one side exposed to air and the other dipped in the coolant.

“When the internal pressure exceeds atmospheric pressures, the bag will be squeezed and thereby increases the system’s internal volume. As a result, the increased pressure is released and the risk of leakage is avoided,” DeepCool explains.

We tend to take for granted that all-in-one (AIO) liquid coolers won’t bath our components in liquid, but Corsair’s recent recall of a small number of Hydro Series H100i RGB Platinum SE coolers is a reminder than accidents happen. At the end of the day, using an AIO cooler means there is a vat of liquid inside your PC.

Whether DeepCool’s solution is actually better or all marketing fluff, I can’t say. Naturally, DeepCool feels it’s the former.

DeepCool’s graphs make it look like all other liquid coolers are ticking time bombs, and that it’s just a matter of time before they rudely whiz all over your PC. If that was the actually the case, though, the AIO liquid cooler market would be pretty bare.

In any event, the Castle 240RGB V2 employs an anti-leak method that others don’t, for whatever that’s worth. It also comes with a pair of 120mm fans with RGB lighting, while the pump also lights up. There is an included wired controller to cycle through various lighting effects, or you can plug it into your motherboard’s RGB header, if it has one.

DeepCool rates the noise level at under 30 decibels, which is quieter than a library. It also works with a variety of AMD and Intel sockets, both old and new.

There’s no word yet on when the Castle 240RGB V2 will be available or how much it will cost.