World of Warcraft’s current expansion, Battle for Azeroth, is coming to a close. We can expect more details about Patch 8.3 to hit at BlizzCon, along with details about the next expansion. A leak on the Blizzard Gear store is a big hint as to what’s coming next.

This shot of Bolvar, the new Lich King, started circulating on social media as a piece of merchandise on the Blizzard Gear store. That image currently exists in the Gear store directory. The Shadowlands have been brought up quite a bit throughout Battle for Azeroth; they’re essentially where your soul goes after you die.

Sylvanas Windrunner, who has arguably served as Battle for Azeroth’s main character, has also been very obsessed with death.

Data miners have discovered a whole lot to do with Bolvar and his army of Death Knights on the patch 8.3 PTR. Bolvar’s daughter, Taelia, also shows up as a major player in the Kul Tiras campaign of Battle for Azeroth. When you put all of this together, this Shadowlands leak looks very viable. 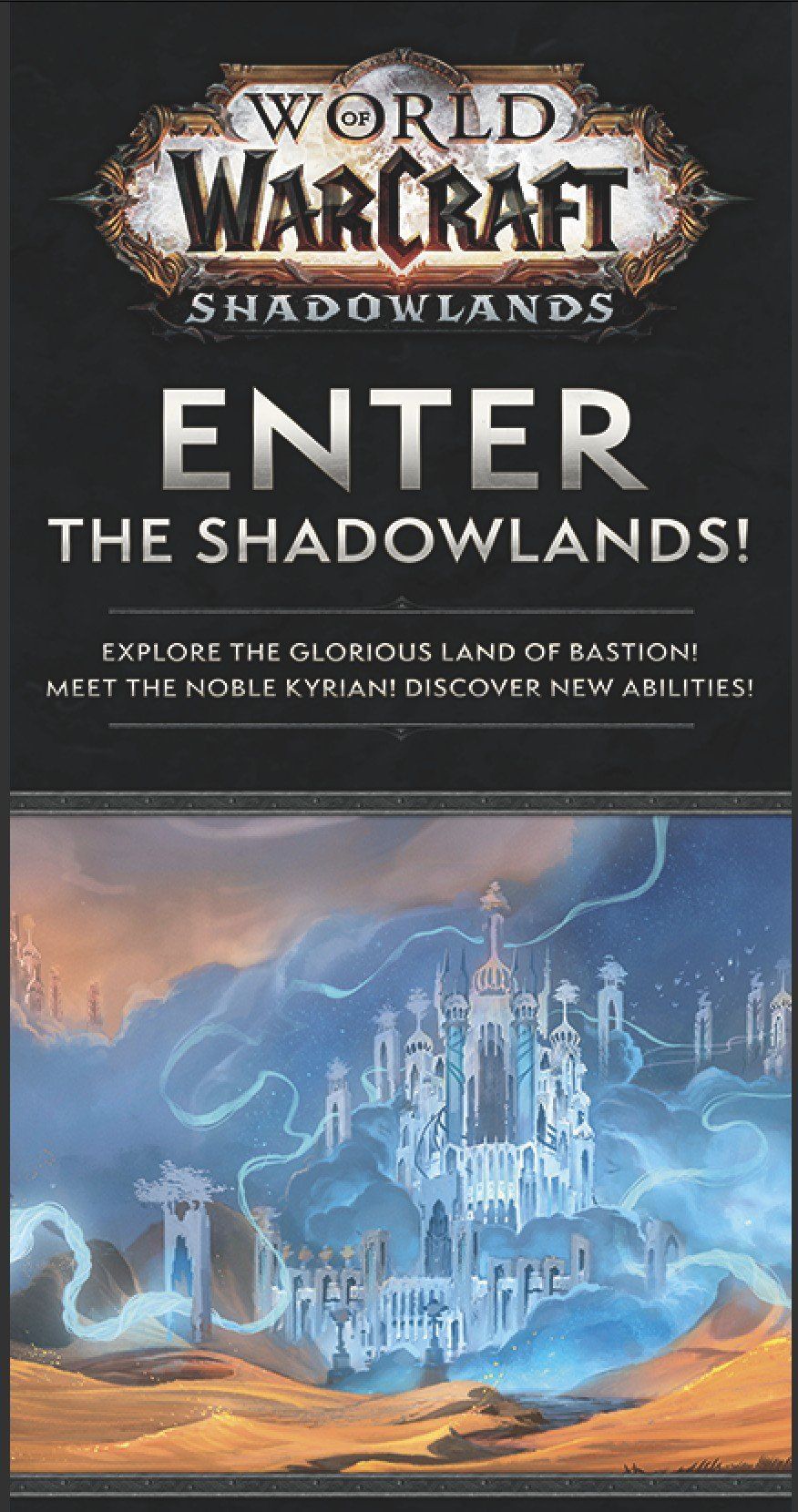 An additional leak (seen above) that circulated on social media suggests that the next expansion is, indeed, called Shadowlands. Players will be heading to a new land called Bastion, meeting the “noble Kyrian,” and discovering new abilities.

None of this is confirmed. We’ll likely have to wait until BlizzCon to know whether or not Shadowlands is legitimate. However, everything seems to be pointing in that direction, and the Bolvar art was found on the official Blizzard Gear store’s directory.