Reader, I’m gonna level with you: I don’t care for sports.  The most I’ve ever been invested in a sport was reading about Gryffindor win the Inter-House Quidditch Cup or guiding my misfits to freedom in Pyre. I grew up in small-town America, where football, soccer, and baseball were a way of life.  I tried my hand at soccer and enjoyed it, but that enjoyment quickly soured to resentment thanks to bullying. That resentment eventually manifested in a complete disinterest in all things sports. However, as I’ve gotten older, I’ve found myself curious about some forms of athleticism and even more curious about what video games do with various sports – how developers present and package sports, what they choose to focus on, and whether or not they’re accommodating to newcomers.

I decided that it was time for me to fill in a particularly deep genre gap for and play some sports games. Given that I live in the snowy fantasy land that is Minnesota and that I love watching people beat the hell out of each other, hockey was the obvious go-to: the one that would lead me into the shallow end of the icy pond and show me how to doggy paddle. With that impression in mind, I picked up NHL 19 and spent a week playing it and writing about my experience for my fellow scrubs who are intimidated by the genre but also curious.

Here’s how my week with NHL 2019 went, in all its misery and glory.

How hard can hockey be? There’s a stick. There’s a puck. There’s a goal. You get the puck into the goal that is not your goal. Simple. As the title screen loads for NHL 2019, I’m feeling good about this experience, especially since the first menu that greets me is an accessibility loadout that lets you adjust sliders and options to tailor the game to your skill level. 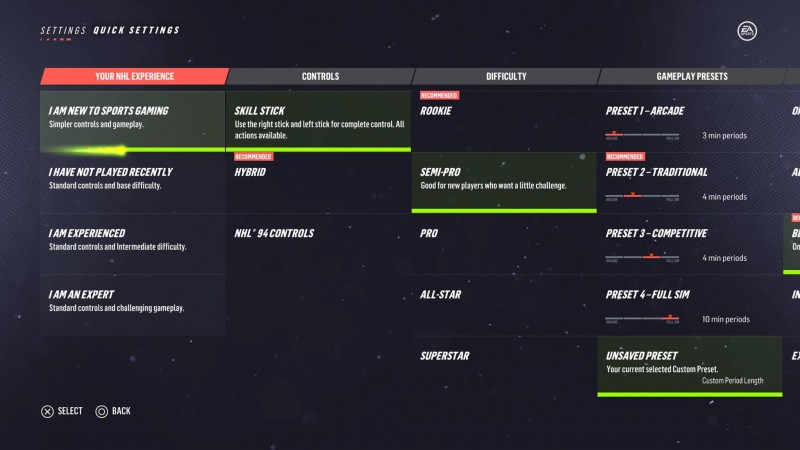 How kind! Why yes, I will choose rookie. How nice of the game to ease me in. So far, so good. Let’s load into the main game now. 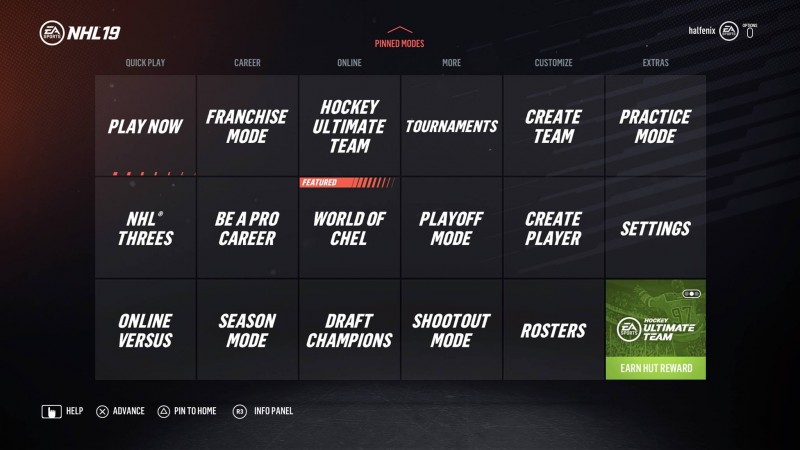 Let’s do franchise mode. I’ve always wanted to own a franchise. I would have settled for Dairy Queen, but a hockey team is good. Sure. 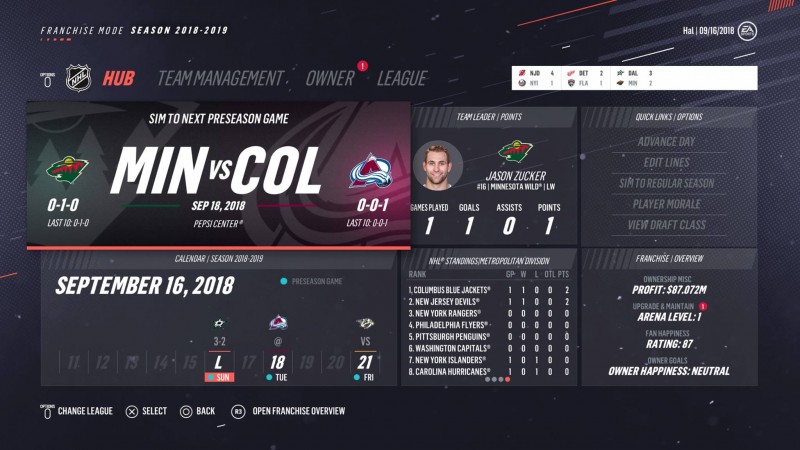 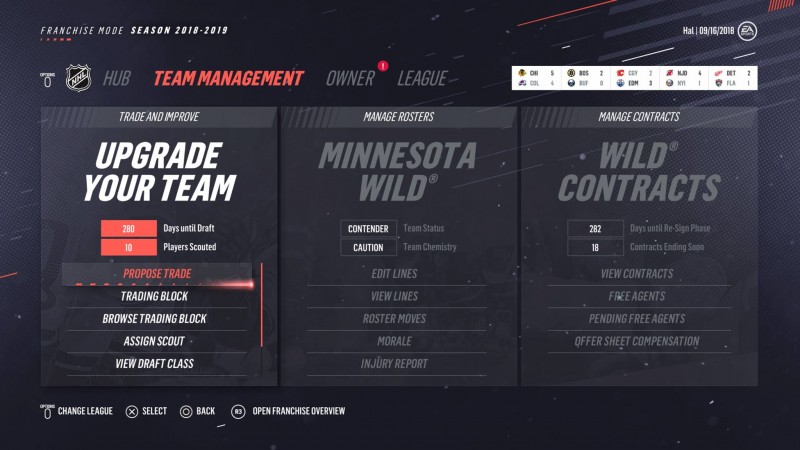 Why is there so much? WHY? 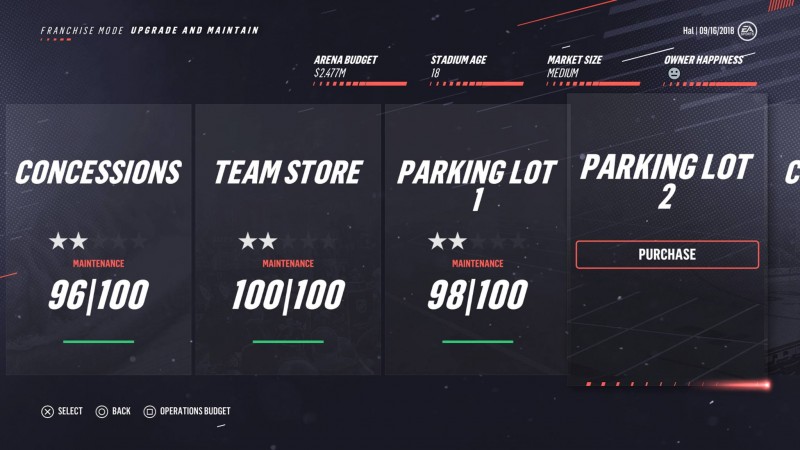 I just wanted to hit a puck with a stick. 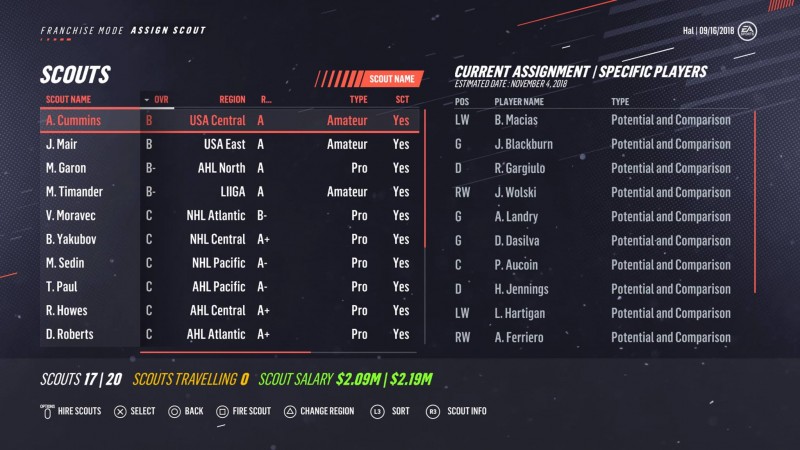 Okay. We’re just … we’re just gonna head out of this. That’s for the best, I think.

Heading back into the main screen, I see a season mode far below franchise mode. Loading into that, I find something more in line with what I expected: You take a team through an entire season of NHL play, with far less emphasis on management-driven systems (though you can still trade players). I am a simple, impulsive man so I choose the Minnesota Wild for no other reason than I live in Minnesota.  Our managing editor Matt Bertz later tells me this is a grievous error, and upon further examination of the team’s hideous Mountain Dew-like color scheme, I realize he might be right. But we’re here, reader. You, me, and the Minnesota Wild. We’ve committed to this. We’re going to ride this train to hell.

I load into the first match and am paired up against the Chicago Blackhawks. Within seconds of the game, the basics become obvious: Jump from body to body as you pursue the puck down the ice, with two buttons dedicated to hitting the puck. One is for wrist shots (when you’re aiming for accuracy over speed), the other for snap shots (vice versa). The first of the three periods is brutal. I don’t get scored on, but I’m having a hell of a time just keeping control of the puck. The few times I do manage, I’m slapping it against the steel of the goal or watching it sail smoothly into the goalie’s hand. 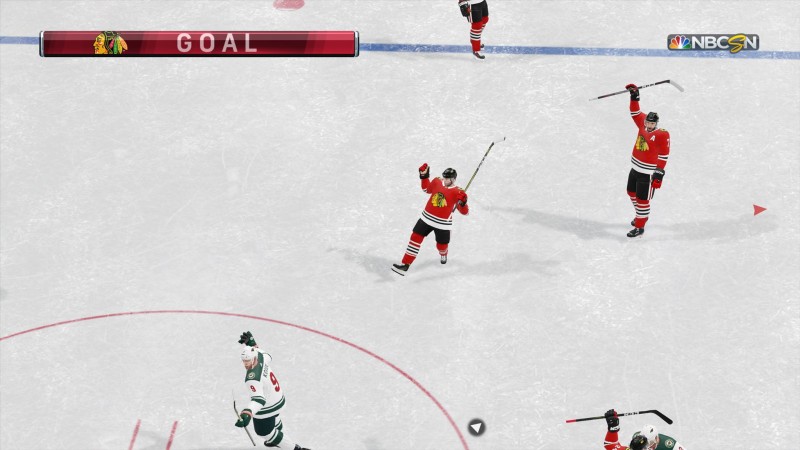 The second period is even worse. As I fumble through memorizing the control scheme, the Blackhawks get a few snap shots off on me, scoring two goals within seconds of one another. Booooooo. I’m just not enjoying this experience at all. The physics are weird, the controls seemingly unresponsive, and the commentators are so annoying.  I hit the last intermission and wonder how anyone could find this game fun.

Loading into the third period, I quickly find my answer. The adjustment period finishes, and my fingers go where they’re supposed to when they’re supposed as I nimbly jump between characters and pass the puck back and forth. After the failures of the previous periods, I finally develop a strategy other than desperately passing and shooting when we’re all bunched together at the opposing goal. We zig and zag down the line, passing pucks between Blackhawk players and then shooting a few feet from the goal. The first few attempts don’t pan out, but as the clock ticks down to three minutes, my proper lad and Wild captain Mikko Koivu SLAMS the puck from a distance and sends it soaring into the corner of the net. The crowd goes wild. The commentators call it a howitzer. My players all cheer and hug as fans stamp their feet and our weirdo mascot does an awkward dance. I notice dimly seconds after I’ve done it that I’ve put my fist in the air and hollered in celebration. 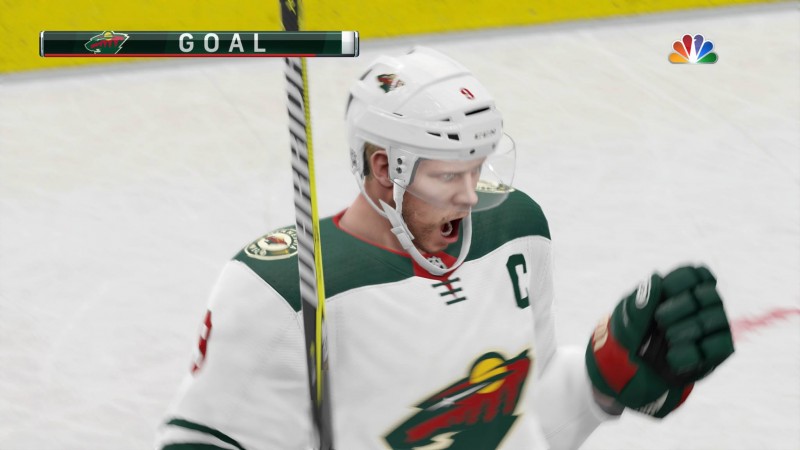 We still lose, of course, but that moment of exhilaration makes it all worthwhile. I went from hopeless idiot to hopeless idiot who’s capable of scoring a single goal! I’m like Rocky, but also better than Rocky, because I didn’t get hit in the face.

Come back tomorrow to read about me flailing in the more arcadey Threes mode and trying to reconcile my eyes with the Wild’s hideous colors as we make our way through the season of the underdog.