Throughout the history of MMOs, there have been a lot of titles that have never come to be. Many of these are canceled for monetary reasons, but sometimes they’re canceled just because they aren’t as good as the developers had hoped they would be. We’re taking a look at 7 MMOs that were canceled before launch.

Its been 5 years since World of Darkness was officially canceled and lifelong fans of the IP still hold out hope that it will be revived. Every time there is news about the World of Darkness IP, gamers fall out of the woodwork asking if it will be the MMO. However, it never is an MMO and because trends have moved on it likely never will be. We know that the World of Darkness MMO had a troubled life from the very start. CCP was disorganized and often took developers off the project to work on their big money maker and studio darling EVE Online. In fact, an insider told The Guardian that there was one manager in particular who was problematic. They said he had no vision for the game and often couldn’t answer basic questions. It was a sad end to what looked to be a very promising, very dark MMO. Thankfully, the world has been able to see the game as it looked before it was canceled thanks to a beta player who leaked a number of screenshots and their playtest manual. Press E to Seduce. 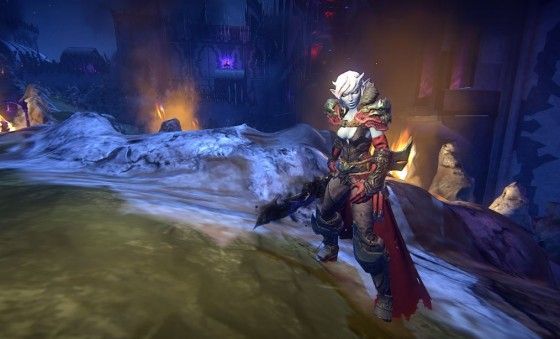 It was intended to be the next chapter in the Everquest saga. Everquest Next, a voxel-based MMORPG, was going to take the genre into the next generation, but around 2015 doubt started to be cast as to whether the game would ever be released. They had cut ties with Storybricks and layoffs were spreading throughout the company; they even laid off the forums. Then in early 2016 the game was canceled. It honestly wasn’t that much of a surprise at the time. News had been sparse and it was pretty obvious it was coming. Of course, that’s no consolation for all of those people who spent $100 on Landmark, which was only supposed to be a companion to the game. The loss of Everquest Next marked a big turning point for the genre. Since then we’ve been in a slow decline.

While fans of the Kingdoms of Amalur game were very much looking forward to Project Copernicus, the MMORPG based in the Amalur universe, it was the real world drama around the game’s eventual demise that it is best known for today. You may be familiar with the 38 Studios saga, which only came to an end this January, 7 years after the drama unfolded. This involves former baseball star Curt Schilling, the state of Rhode Island, and even the FBI. From the various investigations into what happened at the studio, it appeared that some studio execs knew the $75 million Rhode Island had given them wouldn’t be enough to finish Copernicus and that they failed to notify investors. Thankfully, not all hope is lost for Kingdoms of Amalur or Project Copernicus. THQ Nordic bought the IP which included the games late last year. While it seems unlikely they’ll make Copernicus that little bit of hope still remains. 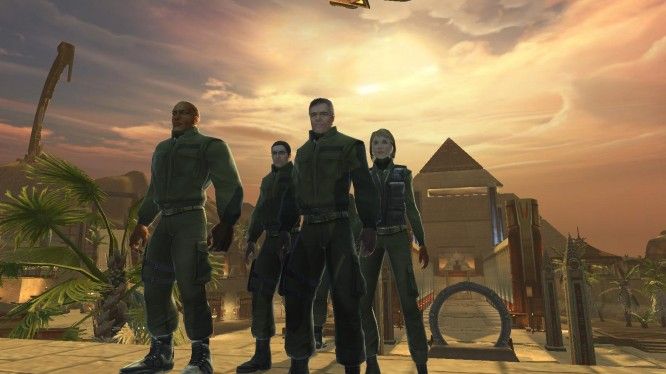 If ever there has been a TV series that deserves an MMO it was Stargate. The game was intended to revolve around the earlier story from SG-1 which involved the Tau’ri (humans from Earth) and the fearsome Goa’uld, aliens who had enslaved Humanity and scattered them across the galaxy. Playable races included Humans, Goa’uld, Jaffa (genetically engineered human soldiers made to serve the Goa’uld and treat them as gods), the Asgard (highly intelligent little grey aliens). Quite a lot is known about the game despite the fact that it was canceled before it ever left closed beta. Sadly, the company developing it went bankrupt and no public attempts to release the game were ever made. Clips of the game have been seen in other forms of media, however. Footage from the game was used in the opening sequence of 2008 film WarGames: The Dead Code. More footage was used in the first episode of the TV series Stargate Universe.

Before Anthem, Bioware was working on Shadow Realms, a 4v1 game that few people in the world ever got to see. Thankfully, we happened to be attending Gamescom the year it was shown and we have an article all about it. Sadly, Shadow Realms was canceled just a few months later. In the announcement, it was explained that Bioware was simply moving on to other projects. The game was a delightfully dark take on the 4v1 genre that itself didn’t seem to last very long. With all the talk about Anthem at the moment, it’s important to take some time to remember the game Bioware stopped making so they could make Anthem. One can’t help but wonder if things would have gone a bit more smoothly for them if they had stuck with Shadow Realms.

The development of True Fantasy Live Online was nearly completed when this game was canceled. By that point, it had already gone through two years of complications. One such complication was the integration of voice chat, which Microsoft insisted was necessary. Level-5, the Japanese studio that was developing the game also reportedly struggled with online network coding. Relations between Level-5 and Microsoft soured as Microsoft grew frustrated by Level-5’s inability to meet their demands. Meanwhile, the Level-5 CEO said that part of the issue was Microsoft’s inexperience in dealing with Japanese developers. He also implied that the companies didn’t part on good terms. Looking back at footage of the game now it’s amazing to see how close we were to living our true fantasy live online (see what I did there?).

Imagine a world where Rome never fell. That was the concept behind Mythic’s Imperator Online. The game was originally intended to be Mythic’s follow up to Dark Age of Camelot, but, as with all the other games on this list, that wasn’t to be. Sadly, while Imperator Online looked like it was going to be a very promising Sci-fi MMORPG Mythic opted to cancel it as they felt it wasn’t coming together as a AAA experience. They instead went on to make Warhammer Online.

Of course, all of this is a very incomplete list of games that were canceled before they launched. We also have an article on games that never made it out of beta and one on canceled MMOs if you’re itching to read more on the topic. You can also browse our Shut Down tag where you’ll find a whole lot of news announcing the shut down of beloved games.

The post 7 MMOs That Were Canceled Before Launch appeared first on MMOGames.com.